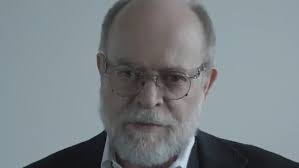 Freedom of speech is quickly going extinct along with pretty much every other basic human right that we are born with. YouTube has now censored Dr. Knut Wittowski, for daring to question the government’s tyranny.

Back at the beginning of April, SHTFPlan highlighted this censored doctor’s take on the lockdowns, and why he says they will not work. More than a month later, he’s been proven correct while some Americans still can’t see what’s right in front of them: this whole thing was planned for domination and control of humanity by the very select few elitists.

Epidemiologist: Coronavirus Could Be “EXTERMINATED” If Lockdowns Are Lifted

Dr. Knut M. Wittkowski, former head of biostatistics, epidemiology, and research design at Rockefeller University, says YouTube removed a video of him talking about the virus that had racked up more than 1.3 million views.

Wittkowski, 65, is a ferocious critic of the nation’s current steps to fight the coronavirus. He has derided social distancing, saying it only prolongs the virus’ existence and has attacked the current lockdown as mostly unnecessary.

Wittkowski, who holds two doctorates in computer science and medical biometry, believes the coronavirus should be allowed to create “herd immunity,” and that short of a vaccine, the pandemic will only end after it has sufficiently spread through the population.

“With all respiratory diseases, the only thing that stops the disease is herd immunity. About 80% of the people need to have had contact with the virus, and the majority of them won’t even have recognized that they were infected,” he says in the now-deleted video. –New York Post

More of Wittkowskit’s exact quotes about the coronavirus plandemic can be found in our article, although the video, which we linked, will not be available thanks to YouTube “protecting us” from information.

People all over the world continue to bow to tyranny under the false illusion that they’ll be “safe” and the suffering will be immense if we do not stop it.  Anyone who speaks out against their enslavement will be punished, terrorized, harassed, and censored by Big Tech all with the approval of the mainstream media and the government. While we are being enslaved, the politicians are daring to call ALL OF US the terrorists.  You can’t make this up!

Armed men storming a legislature to disrupt its democratic proceedings is domestic terrorism. It cannot be tolerated.https://t.co/NcCFgA5COE

Let’s make one thing clear: WE ARE NOT THE TERRORISTS! The government is terrorizing every single human being on the globe right now.  Here’s the proof…the definition of terrorism is as follows: the unlawful use of violence and intimidation, especially against civilians, in the pursuit of political aims. Americas have no political aims, we want only to live our lives in freedom and to be left alone to take life’s risks upon ourselves.  The political ruling class are the terrorists based on their own definition!

Wake up! Meanwhile, those who speak out are subjected to dictatorial censorship by the terroristic politicians.

“It’s the kind of totalitarian thinking and conduct that has cost millions of lives in recent world history. The fact that it’s being done by private companies and not government doesn’t change that,” Ron Coleman, a prominent First Amendment lawyer, told The Post.

YouTube fails to censor flat earth videos, so that “misinformation” is allowed, however, you cannot speak against the authorities.

How Do I Adjust to Life After Beans and Rice? (Hour 2)

Only 39 Percent of Americans Believe ‘Life Is Sacred,’ Barna Finds

Texas Atty. Gen. Ken Paxton: ‘I'm in the Middle of an Investigation of Facebook and Google’

PANSY: Voice Actor of Cleveland Brown Steps Down from Role on Family Guy