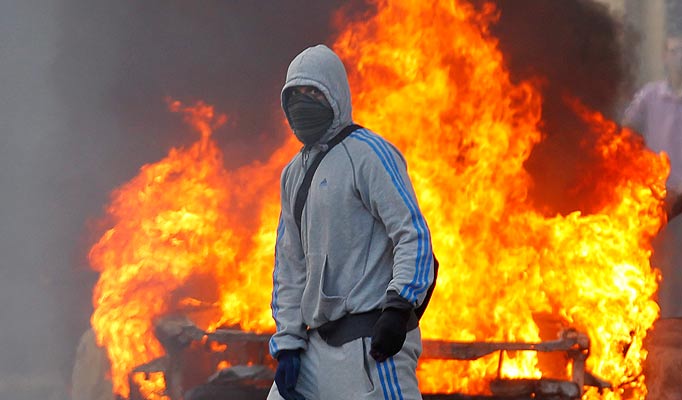 (Natural News) There has been a lot of talk about white privilege and the systemic racism it supposedly causes as the reason behind so many of the protests taking place lately, so it was pretty ironic to see the mug shots of a group of rioters recently released by the police.

The New York Post revealed that several of those arrested are wealthy youngsters who enjoy the white privilege that they are purportedly so eager to protest against. In fact, that same white privilege is probably why they have so much free time to destroy cities in the first place.

According to a tweet by the police, these spoiled youngsters were arrested for rioting in Manhattan demonstrations as part of a bigger group that broke the windows of several storefronts. The three-hour vandalism spree caused more than $100,000 worth of damage across more than two miles and was organized by groups known as the “New Afrikan Black Panther Party” and “Revolutionary Abolitionist Movement.”

One of those arrested was 20-year-old Clara Kraebber. The daughter of a child psychiatrist who teaches at Columbia University and an architect at a prestigious Manhattan firm, she was charged with felony rioting and misdemeanor graffiti charges.

Kraebber’s family owns a swanky Upper East Side apartment and a second home in Connecticut. One law enforcement source told the New York Post that she “should be the poster child for white privilege” and called her actions “the height of hypocrisy.”

Also arrested was 20-year-old Elliot Rucka of Portland, Oregon. He is the son of best-selling comic book writer Greg Rucka, whose stories inspired the Stumptown TV show; his mother is also a comic book writer who has worked for DC and Marvel comics. He was arrested on a felony rioting charge.

Another entry on the list is 30-year-old Frank Fuhrmeister of Stuyvesant Heights. Fuhrmeister is a freelance art director who has worked on ads for Pepsi, Samsung, Glenlivet and Joe Coffee. Another rioter was Manhattan-based actress and model Claire Severine, who has traveled the world and claims in her modeling profile that she “has always had a profound respect for nature.”

Rioter Adi Sragovich attends Sarah Lawrence College, where tuition is $57,000 a year. She grew up in tony Great Neck, New York, and is an accomplished musician who performed at the Sea Cliff Yacht Club. As a senior in high school, Sragovich organized a walkout after the shooting at Marjory Stoneman Douglas High School in Parkland, Florida. She told a local newspaper at the time, “It really invigorated me. I feel like my generation is finally coming into its moment. Unfortunately, that power comes from the fact we’re the ones being hunted and killed.”

When her mother, a professor of English at Queensborough Community College, was contacted by the New York Post, she said that “she’s been off doing her own thing.” She said that when her daughter lost her phone during weekend protests, she “made arrangements” to replace it immediately. After being informed that she had been arrested, she said: “At least she’s not on Rikers!”

They were joined by 27-year-old Etkar Surette of Brooklyn, who was profiled by the Associated Press when he was 12 because of his dual American and Austrian citizenship and the fact that he often flew alone between the countries when he spent his summers in Europe. Surette was also arrested in the Occupy Wall Street protests.

These are people who have never had to work hard and are desperate to raise their social status and appear morally superior. Of course, that same white privilege that they are supposedly protesting against will probably end up keeping them from being punished for their actions. The idea of bored, affluent white kids destroying the workplaces of regular people in the name of social justice would be hilarious if it wasn’t so sad.

Putin could stay in power until 2036 after referendum victory

How to Pray When Your Heart Feels Cold

US gun control: What is the NRA and why is it so powerful?

Trailer: Fences around us

How Facebook scammers target people at risk of suicide