The US army has begun a 10-day long operation in Guam called Exercise Valiant Shield. It will involve land, sea and air exercises in order to train American troops to defend the Pacific island.

American forces sent the country’s largest warships and 100 planes to the US territory in the Western Pacific.

But the operation has angered China who have now said are “ready for war”.

The US has been increasing its military exercises in the Indo-Pacific region.

Rear Admiral Michael Boyle, director of maritime operations for the US Pacific Fleet, said the operation will give the US military a chance to improve “lethality”. 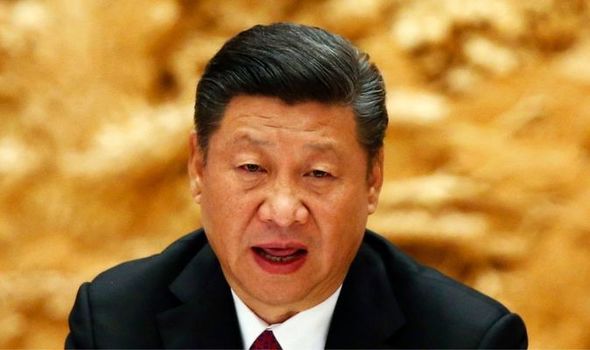 China has insisted it is ready for war amid America’s move to send soldiers to the Western Pacific (Image: getty)

The US army has begun a 10-day long operation in Guam (Image: getty)

Earlier this year, General Charles Q. Brown Jr, commander for the US Pacific Air Forces, said the Indo-Pacific region is “the priority” for the US Department of Defence.

He said: “The Indo-Pacific remains the most consequential region in the world – and it is the priority theatre for the US Department of Defence.”

It said: “We have territorial disputes with several neighbouring countries instigated by the US to confront China.

“Chinese society must therefore have real courage to engage calmly in a war that aims to protect core interests, and be prepared to bear the cost.”

China has carried out its own military exercises in the South China sea and around Taiwan.

Beijing has threatened to increase their operations to include the US territory, Guam.

Australia’s Prime Minister, Scott Morrison, has warned that war between China and the US is a “genuine threat”.

Beijing has threatened to increase their operations to include the US territory, Guam (Image: getty)

He said war between the two nations was “no longer inconceivable”.

Mr Morrison urged both the US and China to “respect international law”.

Both nations have carried out military exercises in the heavily disputed South China Sea.

Michael Auslin, a fellow at Stanford University’s Hoover Institution, told the South China Morning Post that he was concerned America and China could “stumble” into conflict.

The largest militaries in the world (Image: Express.co.uk)

“Neither Beijing nor Washington will choose war, but I am very worried they could stumble.”

The US State Department said that during the coronavirus pandemic China has asserted control over the South China Sea.

China has also disputed with other nations along its borders.

Tensions have continued to escalate between Beijing and India and were heightened after the Galwan Valley clash in June.

A Historic Agreement Peace in the Middle East

Mauritanian anti-slavery activist: “There is still slavery in Mauritania. More than 20% suffer from slavery.”

Liga MX: after doping case, Víctor “Pocho” Guzmán will have a second chance with the Tuzos del Pachuca

Positive Tests For Recovered Virus Patients Are Not Reinfections, WHO Says

An Epidemic of Arrogance and Stupidity