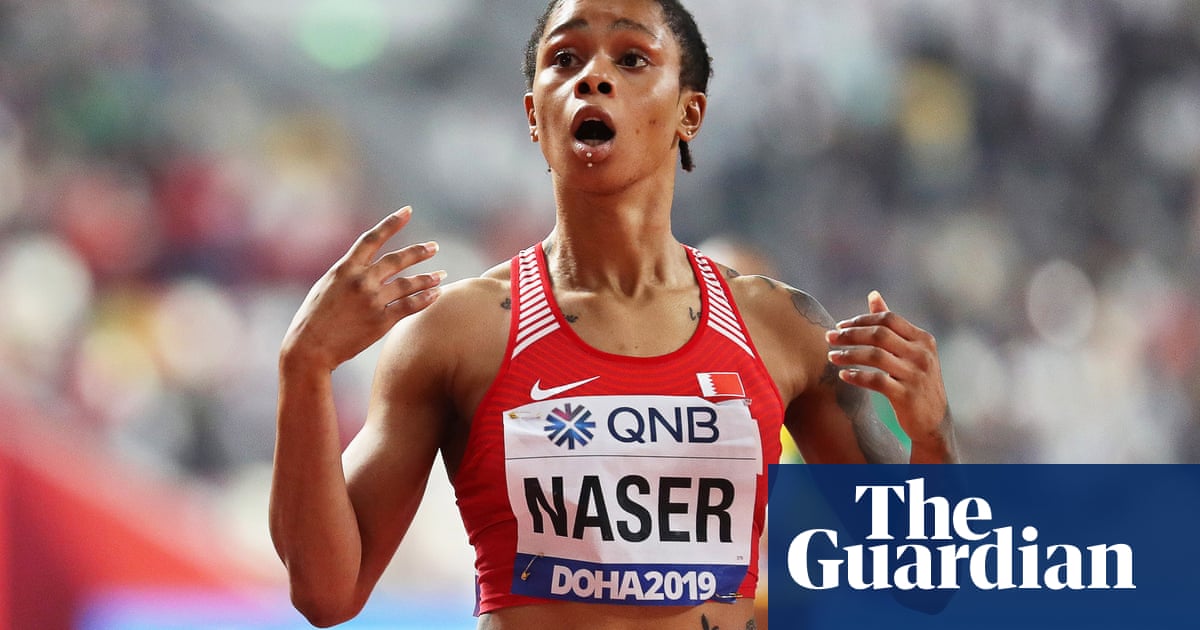 The world 400m champion Salwa Eid Naser has escaped a doping ban on a technicality – after one of her missed drug tests was struck off due to a “confused” tester knocking on a door containing gas canisters by mistake.

An independent tribunal found that a doping control officer who had come to test Naser in Bahrain in April 2019 had been thrown off by the unusual numbering system on the buildings around her apartment.

As a result, the tester spent an hour knocking on a door that “was in fact a storage unit and contained a number of gas canisters which are immediately visible when you look up above the door”, the report said, adding: “It would have been comical were the consequences not so serious.”

However, the report was sympathetic to the doping control officer, saying the “numbering on the doors is extremely confusing,” adding: “It was obvious that he was anxious and committed to do everything possible to locate and test the athlete and took his responsibilities very seriously.”

Under Wada rules, any combination of three whereabouts failures – filing failures or missed tests – within a 12-month period by an athlete constitutes an anti-doping violation.

Naser, who ran the third-fastest 400m in history when winning gold at the world championships in Doha last year, also had two other missed tests – on 12 March 2019 and 24 January 2020 – and a filing failure on 16 March 2019 against her upheld by the disciplinary tribunal.

However, the 22-year-old was not banned as filing failures are backdated to the start of each quarter – in this case 1 January – which meant she had not technically had three failures in a 12-month period. The tribunal appeared critical of Naser, pointing out she had not put a telephone number in her World Anti-Doping Agency athlete system (Adams), and also lived in an apartment with no intercom or buzzer.

“The athlete did not help herself in many regards,” it said. “She could have entered explanatory information on ADAMS, as is suggested in the AIU whereabouts notices she receives quarterly, which would have prevented the confusion of numbers and given additional information to assist a DCO.”

The report said Naser has been “subject to the whereabouts regime for some years” but had never successfully been able to enter her details into the online Adams system, even with the help of her boyfriend, despite frequent attempts.

The Athletics Integrity Unit, which handles doping cases in track and field, can appeal the decision to the court of arbitration for sport within 30 days.

Naser has yet to comment but in June she said: “I’ve never been a cheat. I will never be. I only missed three drug tests, which is normal. It happens. It can happen to anybody. I don’t want people to get confused in all this because I would never cheat.

“I would never take performance-enhancing drugs. I believe in talent, and I know I have the talent.”

Parkour Becoming All the Rage in Iran

US, Britain call out Russian hacking spree, cyberattacks against Olympics