And how to take advantage of it to increase your attractiveness

“Can I help you with something?”
Clary turned instant traitor against her gender. “Those girls on the other side of the car are staring at you.”
Jace assumed an air of mellow gratification. “Of course they are,” he said, “I am stunningly attractive.” ― Cassandra Clare, City of Bones

Have you ever wondered why cheerleaders seem to be more attractive than the other players on the field?

The cheerleader effect, also known as the “cheerleader bias” or “cheerleader advantage,” has been studied by psychologists for decades and it turns out that cheerleaders are perceived as being more physically fit, healthier, and better looking than all of their teammates.

And that when in a group, they appear more attractive and there are certain reasons which we will look at that help explain this effect.

What is the cheerleader effect?

“The Cheerleader effect is where when 3 or more women are located in a bar, pub, etc scene together, they appear together as a good-looking bunch, but when viewed individually, are actually unattractive. Thought to only be in effect with groups of women, but actually in effect with both sexes.

cheerleader effect where altogether the cheerleading team looks attractive but on closer inspection is quite ugly, the spice girls, the group of women who dance in a circle at the bar-usually with a pile of purses in the middle, occurs at any Canadian fraternity common room where altogether the men look hot but when checked out are actually bunk ass.”

How you can use the cheerleader effect to your advantage

What kind of picture do you use to represent yourself online, such as your Facebook profile image or even Tinder?

Is it the self-portrait you’ve created after carefully selecting your lighting, hair, and possibly cosmetics? (Without a doubt, you appear amazing!) Or is it a shot with friends that may be un-styled but captures a moment among peers?

It may come as a surprise that the group photo will make you seem more attractive – this is known as the “cheerleader effect,” like a group of cheerleaders on the field.

The group picture with friends may well indicate that you are sociable and pleasant, but it isn’t what makes you more appealing.

The real explanation is how the human brain processes information

In 2003, scientific proof of the cheerleader effect was published in a study where both men and women were rated more attractive when presented as part of a group photo compared to a solo picture across five studies.

The authors, Drew Walker and Edward Vul, showed 130 individuals a group photo containing three female or three male faces. Each face was then removed from the image and shown separately.

How the brain perceives groups of people

The strength of the cheerleader effect may be explained by looking at how your brain works and comprehending perception.

Humans are poor at processing every little aspect they notice in their surroundings.

Instead of paying close attention to each particular feature, our brain swiftly summarizes the information as a whole. Our brains may be configured for such classification, according to evidence.

The selective advantages of grouping visual information are well-known. It aids survival by reducing perceptual burden (the task of interpreting a scene based on visual data).

This perceptual effect is best demonstrated with the Ebbinghaus Illusion.

The group as a whole appears more attractive

The same qualities that make the spectacle appealing apply to the cheerleader effect as well. Rather than focusing on individual characteristics, we concentrate on the entire group in this illusion.

An example of such an impact might be used to illustrate social preconceptions. The act of mentally classifying people into categories based on such qualities as age, sex, and ethnicity is known as social categorization.

This fast identification of social data encourages quick sociable interactions – but it comes with certain severe and bigger ramifications, as can be imagined.

The cheerleader effect is not an illusion, but rather a cognitive process called perceptual grouping.

This means that when we see groups of people together in one photo, our brains will categorize them as attractive because it focuses on the group as opposed to individual features; however, this doesn’t mean all individuals are actually attractive.

The cheerleader effect can be used to your advantage by creating social media profiles with groups of friends or even just using photos containing more than one person at once.

So the next time you want to increase your perceived value and attractiveness online, do it with your friends. 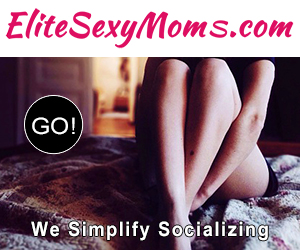