Shakespeare disappeared from the history books from the year 1585 to 1592.

“Hell is empty and all the devils are here.”

And the story of this famous playwright is not without a few questions.

William Shakespeare lived a very productive life, but history lost touch with him between the years 1585 when the baptism of his twins was recorded, and 1592, when playwright Robert Greene wrote in a pamphlet that Shakespeare was an “upstart crow”.

What happened during these 7 years referred to by historians as his ‘Lost Years?’

Did he flee London to escape prosecution for deer poaching?

The earliest and most common tale was related around 1616 by a clergyman in Gloucestershire by the name of Richard Davies.

According to Davies, Shakespeare was known to poach deer and rabbits on the property of local landowner Sir Thomas Lucy, who “who oft had him whipped and sometimes imprisoned.”

Rowe even says that Shakespeare lampooned Lucy in a ballad, and there are those that believe Justice Shallow of The Merry Wives of Windsor is based largely upon Shakespeare’s supposed tormentor.

Did he retire from his writing to become a school teacher?

John Aubrey reported that Shakespeare had been a country schoolmaster.

Some 20th-century scholars suggested that Shakespeare may have been employed as a schoolmaster by Alexander Hoghton of Lancashire, a Catholic landowner who named a certain “William Shakeshafte” in his will.

Did he travel across Europe in an acting troupe?

Other popular tales have Shakespeare leaving Stratford with a traveling troupe of actors, or working as a soldier, law clerk, butcher, glover, scrivener, or merchant.

One story even puts a young Shakespeare in London, holding horses outside of theaters for patrons.

People throughout history have mysteriously disappeared, some for  brief periods and others forever. Some were famous when they went missing and became even more legendary afterward, and some reached celebrity status simply because they disappeared.

Perhaps we will never know why the bard decided to escape from public view, but this mystery has always intrigued me and I hope some real evidence will one day come to light. 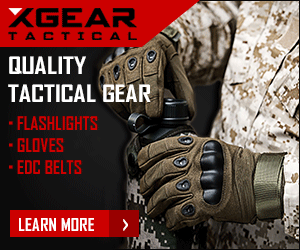