“Numerical superiority is of no consequence. In battle, victory will go to the best tactician.”- G. A. Custer”

In movies, the male Native American warriors rode off into battle while their women stayed at home cooking, cleaning, and waiting for their triumphant return.

This wasn’t always the case and there are many stories about brave women warriors who fought alongside their men.

One of these warriors was the mysterious Buffalo Calf Road Woman who fought against Custer at the Battle of the Little Big Horn.

Born in the 1850’s, she was married to a warrior, Black Coyote, with whom she had two children.

Described by Mari Sandoz in her book “Cheyenne Autumn”, she was both a mother and a warrior—“a gun in her hands, ready, the baby tied securely to her back.”

Even before the Battle of the Little Big Horn, her courage was well-known.

At the June 17, 1876 Battle of the Rosebud, Buffalo Calf Road Woman saved her brother—whose horse had been struck down—by charging on horseback into a melee of gunfire to rescue him.

And ever after that, the Cheyenne referred to the Battle of the Rosebud as the “Battle Where the Girl Saved Her Brother.”

The Battle of Little Bighorn was a glorious Native American victory against U.S. government forces intent on claiming their land.

In June 2005, elders of the Northern Cheyenne tribe broke more than a century of silence to recount their tribe’s oral history of the battle.

Frank Rowland, a Cheyenne elder, told the Montana-based Independent Record, “Fearing retribution from the U.S. Government, the chiefs promised to keep a vow of silence for 100 summers. One-hundred summers have now passed and we’re breaking our silence.”

According to their account, it was Buffalo Calf Road Woman who knocked Custer off his horse that day, with a club like object.

They said she fought “out in the open” instead of taking any cover, and “she stayed on her horse the entire time and was an excellent marks-woman.”

Buffalo Calf Road Warrior and other Cheyenne and Sioux women “finished off Custer and the other Calvary soldiers right after the battle was over,” going “from soldier to soldier to finish them off or take things from them while remembering relatives killed by the soldiers in previous attacks.”

“Custer wasn’t touched by the male warriors because he was unclean. He was bad medicine.”

The book “Custer on the Little Bighorn” includes the account of a female eyewitness at the battle who says: “Most of the women looking at the battle stayed out of reach of the bullets, as I did. But there was one who went in close. Her name was Buffalo Calf Road Woman …she had a six-shooter, with bullets and powder, and fired many shots at the soldiers. She was the only woman there who had a gun.”

Constantly pursued by U.S. troops, Buffalo Calf Road Woman, her warrior husband Black Coyote, and the rest of the tribe ran until the point of starvation.

They were eventually relocated in the summer of 1877 to Indian Territory in present-day Oklahoma).

Miserable on the reservation, 300 members, including Buffalo Woman and her husband escaped and tried making their way back to their homeland.

On the trail, Black Coyote became insane and would fly into fits of rage against Buffalo Woman and the tribe and was finally caught and hung by the Army.

According to the elders, during the trip, Buffalo Woman caught the “white man’s coughing disease,” also known as diphtheria, and died at some point in May 1879.

They don’t know the exact location of her burial, but explain that back then, the Cheyenne custom was to bury the dead immediately in the nearby hills and think she was buried in the hills near what is now Miles City, Montana.

Throughout history, there have always been women warriors.

They were mothers, sisters, daughters, and wives.

They brandished swords and guns, fought battles, and faced off with royalty. Though outnumbered by their bands of brothers in battle, these fearsome female fighters have each made an indelible mark on history. 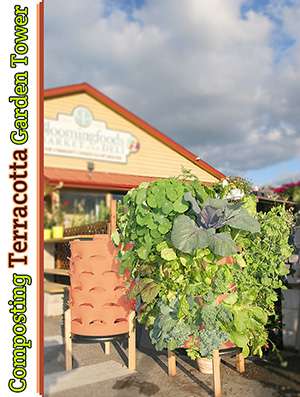