The warrior who would not die

On his deathbed, Geronimo, known to the Chiricahua Apache as Goyathlay, the One Who Yawns, expressed a single regret to his nephew:

“I should never have surrendered. I should have fought until I was the last man alive.”

Geronimo was a name that brought fear to even the strongest of men. A guerrilla fighter who evaded capture from more than a quarter of the US Army for more than 25 years.

Geronimo (1829-1909), known as the ‘Wickedest Indian who ever lived’, was an Apache leader, guerrilla fighter, and medicine man best known for his fearlessness in resisting anyone–Mexican or American—who attempted to remove his people from their tribal lands.

He repeatedly evaded capture and life on a reservation, and during his final escape, a full quarter of the U.S. standing army pursued him and his followers. When Geronimo was captured on September 4, 1886, he was the last Native American leader to formally surrender to the U.S. military.

Geronimo finally surrendered to Lieutenant Gatewood, and was taken to a Reservation in Florida and later Fort Sill, Oklahoma where he spent the last 20 years of his life as a prisoner of war. His chief occupation during this time consisted of posing for photographs and making threats.

The warrior who wouldn’t die

His belief that he could never be killed, appeared to be true to the top newspapers of the day.

He became quite a sensation as he repeatedly escaped various ambushes and skirmishes, and though wounded multiple times, he always recovered.

In 1897, a painter named Eldridge Ayer Burbank arrived in Fort Sill, Oklahoma to execute a series of portraits of Indian leaders held there as prisoners of war, principal among them the Chiricahua Apache known to the white man as Geronimo.

Burbank spent a good deal of time with Geronimo, eventually completing seven portraits. In the body of the text, as told to Mr. Royce:

One day he came into my quarters at Fort Sill in a most peculiar mood. He told me no one could kill him, nor me either, if he willed it so. Then he bared himself to the waist. I was dumbfounded to see the number of bullet holes in his body. I knew he had been in many battles and had been fired on dozens of times, but I had never heard of anyone living with at least fifty bullet wounds on his body. Geronimo had that many scars.

Some of these bullet holes were large enough to hold small pebbles that Geronimo picked up and placed in them. Putting a pebble in a bullet wound he would make a noise like a gun, then take the pebble out and throw it on the ground. Jokingly I told him he was probably so far away that the bullets didn’t penetrate him, but that if he had been nearer they probably would have killed him. “No, no,” he shouted. “Bullets cannot kill me!”

He truly did believe he had supernatural powers and was divinely protected and who knows, it may have been true.

This supernatural gift was allegedly bestowed upon him by the god Ussen after Geronimo’s wife and young children were murdered by Mexican soldiers. Praying in mourning atop Bowie Peak, Geronimo heard Ussen’s voice on the wind, saying, “You will never die in battle, nor will you die by gun. I will guide your arrows.”

In 1939’s Geronimo, Paramount’s publicity department gave wide circulation to the story that paratroopers at Fort Benning had viewed the movie before a test jump and used its name as a battle cry.

“We are vanishing from the earth, but I cannot think that we are useless or God would not have created us. There is one God looking down on us all. We are all the children of one God. The sun, the darkness, the winds are all listening to what we have to say.”  ― Geronimo

On his deathbed he expressed a single regret to his nephew:

“I should never have surrendered.  “

“I should have fought until I was the last man alive.“

Edgar Rice Burroughs, the creator of Tarzan wrote in one of his pulp fiction books

Geronimo seeks peace but is forced onto the warpath by repeated white duplicity. Ussen seems to have made one set of laws for the Apaches and another for the white-eyed men.

The US government had a shameful relationship with the American Indians, from reneging on contracts, stealing their Reservations, paying a bounty for Native scalps in an effort to depopulate through murder, smallpox blankets, etc.

But in the end, all land was discovered, conquered, conquered, conquered, conquered a thousand times over by a variety of individuals and tribes. The only reason you can “own” land is because of the implicit threat of the military/police force against anyone who might try to take it from you. In the good ol’ prehistoric days, man would have to defend his own cave, but now our self-defense is largely done by our respective governments.

I don’t blame him for his regrets and am sorry he wasn’t able to die like the true warrior he was.

You can read more of my articles at https://salars.net/wordpress 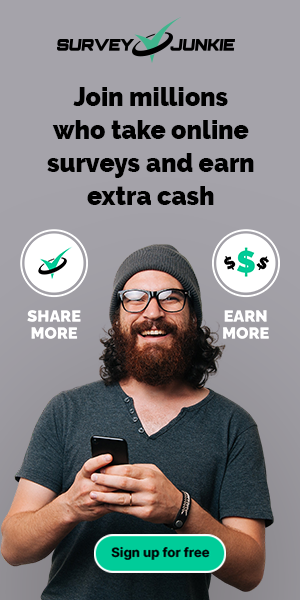