Gemini (♊ and Latin for twins) is one of the constellations of the zodiac. It is part of the winter sky, lying between Taurus to the west and the dim Cancer to the east, with Auriga and the near-invisible Lynx to the north and Monoceros and Canis Minor to the south.

Mythology Since this constellation is easily viewable as two parallel stick figures, considering faint stars visible to the naked eye, it was associated with the myth of Castor and Polydeuces (also known as the Dioscuri). The myth of these twins heavily concerns cattle theft, and may be connected to early views of the milky way, as a herd of dairy cows or cattle, by which they are situated.

The orientation of the constellation can vary (since they readily form stick figures whether leaning right or left), though the twins are usually viewed as left leaning. However, when right leaning, one of the twins resides in the milky way, and the other outside it, a situation making it appear that one of the twins is stealing the cattle, and the other is observing. In this situation, together with the area of the sky that is deserted (now considered as the new and extremely faint constellations Camelopardalis and Lynx), and the other features of the area in the Zodiac sign of Gemini (i.e. Orion, Auriga, and Canis Major), this may be the origin of the myth of the cattle of Geryon, which forms one of The Twelve Labors of Heracles.

Astrology The astrological sign Gemini (May 21 – June 20) is associated with the constellation. In some cosmologies, Gemini is associated with the classical element Air, and thus called an Air Sign (with Libra and Aquarius). It is also one of the four mutable signs (along with Virgo, Sagittarius, and Pisces). Its polar opposite is Sagittarius. Its ruling planet is Mercury. Each astrological sign is assigned a part of the body, viewed as the seat of its power. Gemini rules the hands. The symbol for Gemini is the twins. Gemini qualities include a quick mind, silver-tongued eloquence, facility using the hands, and an ability to see many facets of a given issue. 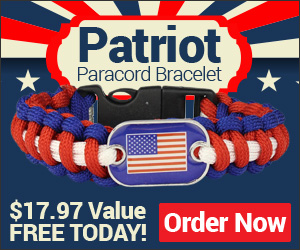