3 days in the life of Princess Diana

Spencer, the biopic about Princess Diana that stars Kristen Stewart will world premiere at the Venice Film Festival on September 3 and be released to theaters on November 5th, 2021.

The synopsis of the film reads: “December 1991: The Prince and Princess of Wales’ marriage has long since grown cold. Though rumors of affairs and a divorce abound, peace is ordained for the Christmas festivities at Sandringham Estate. There’s eating and drinking, shooting and hunting. Diana knows the game. This year, things will be a whole lot different.”

Conspiracy theories about the death of Diana, Princess of Wales

Theories abound about the tragic death of the Princess including…

The truth will probably never be known.

Or with this movie, will it?

Soon after the wedding, Diana became involved in the official duties of being a princess and visited lots of schools and hospitals.

Diana became a big favorite of the public very quickly. Lots of people felt that she seemed really happy to speak to normal people and talk to them about their lives.

During her life, Diana did a lot of work to raise money for charity.

She was famously photographed walking across a minefield in Angola as part of a campaign to end the use of landmines.

The princess also did lots of work to raise awareness of HIV and Aids, often visiting patients and orphans.

What can we expect from this movie?

Entertainment Weekly critic Lauren Huff wrote on Twitter: “Let me just say: WOW. Cannot wait to see the rest. Kristen Stewart nails it” before adding, “I sense an Oscar nod in her future.”

Insider entertainment correspondent Jason Guerrasio wrote on Twitter, “Kristen Stewart is going all out for that Oscar glory. And her Princess Di accent is spot on!”

@alisalem147 wrote: “Kristen Stewart as Princess Diana…I really have a good feeling about this and I think Kristen will get an Oscar nomination.”

Film critic Scott Menzel was one of the many CinemaCon attendees wowed by Stewart’s performance.

“Based on the footage, it looks like Kristen Stewart will be getting an Oscar nomination for her performance as Diana,” Menzel tweeted. “I’m feeling very confident that this is going to be #KristenStewart’s big moment.”

With talk of affairs, curtains left open to give others glimpses of the lady, and angry rivalries it sure could be a winner! 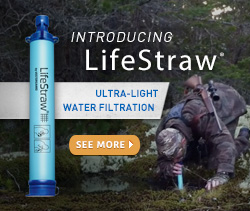