And how they have changed me into a better person

There are a number of ways you can spice up your articles — adding short quotes about life is one way. I have compiled 7 short quotes from famous people, thinkers, and writers that I think would be perfect for adding some color into any article!

“You only live once, but if you do it right, once is enough.”― Mae West

Mae West (1893–1980) was an American actress, playwright, screenwriter, singer, and sex symbol whose entertainment career lasted for more than 70 years. She was famous for her carefree sexual freedom and lecherous attitude.

This short quote communicates how life is meant to be lived — without fear, doing what makes you happy.

You should do what makes you happy and don’t worry too much about the consequences, as long as it doesn’t harm anyone else.

You should also always be fearless and seize every opportunity that comes your way — life’s short.

There is no one who can tell you how to live your life except for yourself. Don’t let other people make decisions for you; only you know your unique truth, find a job that suits your personality, find a partner who compliments it instead of challenges it!

If there’s anything at all I’ve learned from my short time on earth so far, then having another chance just means another shot at perfection or something even more amazing.

“In three words I can sum up everything I’ve learned about life: it goes on.”― Robert Frost

Robert Lee Frost was an American poet. His poems were initially published in England before being released in the United States. He is famous for his realistic depictions of rural life and mastery of American colloquial language.

This short quote would be perfect to use in articles about overcoming obstacles, or for people who need some motivation.

If you’ve ever found yourself thinking that something is too hard — it probably is (if it wasn’t then everyone else would do it).

However, if there’s one thing I know now after all my mistakes and misfortunes, it’s that nothing is worth giving up on.

I’ve learned the hard way to never give up and keep trying no matter how many times you fail or get rejected — if there’s anything I know about life now after all my short years so far, then having another chance just means another shot at success!

“To live is the rarest thing in the world. Most people exist, that is all.” ― Oscar Wilde

Oscar Fingal O’Flahertie Wills Wilde was an Irish poet and playwright. Following several years of writing in many forms, he became one of the most well-known playwrights in London in the early 1890s. He is best recognized for his epigrams and theatrical works.

Most people just exist. They do not live life to the fullest.

If you want to live your life, then you should go and do what makes you happy because no one else can tell you how to live your short time on earth.

You should try not to worry so much about what other people think of you or what they will say — only remember that there is no one who can tell you how to live life except for yourself!

André Paul Guillaume Gide was a French author and winner of the Nobel Prize in Literature and the author of more than fifty books, at the time of his death his obituary The New York Times described him as “France’s greatest contemporary man of letters.”

Some people feel more fulfilled by being hated than loved because if everyone loves them then there’s nothing holding their true self back — the shackles of popularity will always prevent any sort of true fulfillment or happiness that may come from living life freely with no apologies to anyone else.

For others, being hated for what they are doesn’t bother them but instead gives them the confidence that they don’t need to prove anything. They know who they are and what their shortcoming is, but instead of using it as a weakness — they will use this shortcoming for strength in order to live life by proving everyone wrong!

Albert Einstein was a German-born theoretical physicist who is regarded to be one of the finest minds in history.

It’s short-sighted to think life isn’t a miracle because it is!

Some people live as if everything is a miracle by being grateful for all the things that they have. They are not ashamed to say how thankful they are for what they have — even if what they have is short-lived.

You can be more grateful by making a list of everything you’re grateful for. It can be short or long, it doesn’t matter. You could make a list of all the things you have and how grateful you are for them. You could also look at all the wonders in your life — like if you wake up to the sunrise every day or if you get to spend time with your loved ones.

Focus on enjoying what little time you have with the people who matter most to you and make it count!

“It does not do to dwell on dreams and forget to live.” ― J.K. Rowling, Harry Potter and the Sorcerer’s Stone

To forget to live life is to not appreciate what you have. This means not spending time with your loved ones, not taking care of yourself, and forgetting about gratitude for what you do have.

Quit chasing short-lived dreams without the guidance of reason. If you’re not really living, then you’re getting lost in your own thoughts — your own dreams that are foggy and unclear.

Get out of your own thoughts and take action in the real world.

“Good friends, good books, and a sleepy conscience: this is the ideal life.” ― Mark Twain

Samuel Langhorne Clemens, better known by his pen name Mark Twain, was an American writer and is considered the “greatest humorist the United States has ever produced.”

Good friends are usually the only people who will always have your back.

But there are so many other reasons why having good friends is important in life. For one, you can give each other advice without fear of being judged or misinterpreted if your friends are also your mentors.

Also, friendships are made of memories — and memories last!

I don’t know about you but most of my amazing childhood memories with my best friend are still super vivid to this day. And even though we aren’t as close anymore, nothing can ever touch those lasting memories that make me thankful for what we had together. 🙂

Good books can change your life!

Reading will open the world to whole new ideas that you may not have considered otherwise.

For example, if you read novels or short stories with strong female protagonists it may change your perspective on what women are capable of — they need to be saved? They don’t! Women can take charge and lead just as well as men, even when they’re outnumbered.

Reading opens minds up to new realities which is an important aspect of life because there are so many possibilities out there that most people never even think about.

If you want them to look past the norms of your own mind then start reading!

And a sleepy conscience lets you forgive yourself for your mistakes.

Forgiving yourself is a process that may require some time to work through. Forgiveness does not remove the consequences for behavior, but it does provide the person with a sense of emotional release and relief. This can allow people to move on from harmful thoughts and patterns which will lead to changed behavior.

Forgiving yourself is a process that may require some time to work through. Forgiveness does not remove the consequences for behavior, but it does provide the person with a sense of emotional release and relief. This can allow people to move on from harmful thoughts and patterns which will lead to changed behavior.

Life doesn’t have an instruction manual, but it does help if your favorite writer has written down some short quotes about life that can guide us through our journey!

“We can’t expect to be happy all the time. That’s not realistic,” said Deborah Reber, a psychologist, and researcher at the University of Waterloo in Ontario. “But we can work on how we think about events that happen to us — whether they’re good or bad.”

This is an important takeaway from our article: while some people may struggle with short-term happiness (e.g., when something goes wrong), it’s possible for them to find peace by looking past their own thoughts and focusing on what matters most in life.

Hopefully, these short quotes will be useful to you in your own writing and will serve as a catalyst for your readers to both think and take action In their own lives!

What short quotes would you add? Comment below and let me know! 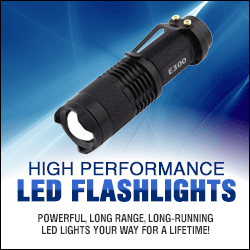