How to Stop them from ruining your life

Do you ever feel like you’re not in control of your thoughts? Is someone else pulling the strings, and you’re just a puppet?

If so, you’re not alone. We all have cognitive biases that constantly influence our thinking process without realizing it.

These biases can have a massive impact on our lives, both professionally and personally.

This blog post will discuss six cognitive biases commonly known to wreak havoc on our thinking process. I will also provide tips on stopping them from ruining your life!

Knowing what cognitive biases are and which ones are most likely to affect your decisions can help you avoid them when making future decisions.

Let’s dive into the subject so we can identify and avoid cognitive bias early to prevent them from spoiling our thinking processes.

What is a cognitive bias?

Cognitive biases are psychological terms introduced by Amos Tversky and Daniel Kahneman in 1972. Their research focuses on why people often make mistakes in reasoning. Heuristic decision-making refers to the mental shortcuts we use when making decisions under uncertain conditions.

Most of the time, these heuristics simplify decision-making. However, sometimes they produce systematic errors in the processing or interpretation of information and thus lead to incorrect conclusions in our decisions. It’s so common in humans that most of us fall into the trap without realizing it until some severe consequence happens.

Cognitive biases are systematic errors in a person’s subjective way of thinking. They originate from that individual’s perceptions, observations, and points of view. There are different types of biases people experience that influence their thinking, behavior, and decision-making process.

Being aware of how cognitive biases could influence your decisions is the first step toward avoiding them. Here’s a list of common cognitive biases that I’ve personally fallen prey to so you can identify them and prevent them from happening in your life.

The curse of knowledge

The Curse of Knowledge happens when you’re so familiar with something that it’s easy for you to forget that others may not be as familiar with it.

How to Avoid the Curse of Knowledge?

It can be challenging to avoid the curse of knowing because you really cannot learn something new about your subject.

But what you can do is be open-minded and hear what your audience has to tell you and how they feel. Understanding your friends in the context of their lives and being empathetic will help you a lot.

This type of bias is called confirmation bias. You tend to remember the things that confirm what you already believe and ignore those that don’t. It’s a flaw in human reasoning, and it’s especially pernicious because it makes us think we’re making rational decisions when we’re not.

People tend to pay attention to things that matter to them and ignore things that don’t. This leads to the “ostrich effect,” where people bury their heads in the sand to avoid evidence that might contradict their original point.

– Pay attention to evidence that contradicts your beliefs.

– Encourage others to do the same.

– Be willing to change your mind in the face of new evidence.

Hindsight bias is when people think things are more predictable than they were.

People tend to overestimate their ability to guess outcomes correctly before they happen, even when they know the information they had at that point wouldn’t have led them to the correct answer. Bias happens in sports and world affairs often. Hindsight bias can cause people to be overly confident in their predictions of future events.

To avoid hindsight bias and overconfidence,

– Be aware that you have a bias.

– Try to think of what other factors could have influenced the outcome.

– Make sure to get input from others before making a decision.

You are giving disproportionate weight to the initial information you receive. For example, if someone tells you something bad about a company, you may not want to consider other sources of information.

The opposite holds, too: If someone says something good about a company, you’ll probably focus on that and discount any negative information.

How to avoid Anchoring?

Don’t rely on one source of information. Instead, try to get multiple perspectives on the issue. This will help you see the whole picture and make a more informed decision. You can also try to “anchor” yourself by not relying on the latest gossip or hearsay but on facts that you know to be true.

Nobel laureate Daniel Kahneman describes this bias in his book Thinking Fast and Slow. Most of us view ourselves as better people than we are, our attributes as better than they are, and the goals that we pursue as more attainable than they are.

Seeing the world as a lot better than it is can be dangerous. It can lead us to believe that we’re doing well when we aren’t.

Optimism bias can lead to foolish decisions and harmful behaviors, such as eating unhealthy foods, smoking, overspend­ing, and not wearing a safety belt while driving. This cognitive bias also helps explain why most New Year’s resolutions fail before the end of February.

To avoid the optimism bias,

– Be realistic about your goals.

– Make sure your plans are achievable.

When we follow a certain attitude, behavior, or style because others are doing it, we’re following the bandwagon effect regardless of whether we agree. The pressure to conform, the desire to be on “the winning side,”; and the fear of exclusion or the need to belong are common factors that influence the “bandwagon effect.”

Examples The bandwagon effect is prevalent in so many aspects of our lives. From music, fashion, and diet to business and politics.

Suppose everyone nods their head in agreement with whatever idea is presented, and no one is willing to disagree or offer an alternative view. In that case, there will be no room left for creativity and innovation to flourish.

Suppose people copy what their colleagues are doing, even if these behaviors are harmful. In that case, the result is a workplace devoid of healthy conflict and productive discussions, diverse perspectives, and unconventional ideas.

To get rid of the bandwagon effect,

– Be aware of it. The first step is always acknowledging that you’re being influenced by what others are doing or saying.

– Stop and think for yourself. Once you’ve identified the pressure to conform, take a step back and ask yourself if you believe in what you’re about to do or say.

– Speak up. Don’t be afraid to voice your opinion, even if it goes against the grain. Remember, the only way to bring about change is by being different.

How to Reduce Cognitive Bias

Even though cognitive biases exist everywhere, there are ways to deal with them.

The best way to avoid cognitive bias from influencing the ways you think or make decisions is to be aware that they exist in any form at all. Critical thinking is the best way to eliminate bias.

Knowing that factors can affect how we see, feel, or remember things, we know we need to take additional steps when forming a judgment or an opinion about something.

Be open to new possibilities and different perspectives. When dealing with cognitive biases, the first step is always acknowledging that you’re being influenced by what others are doing or saying.

We all have cognitive biases, so admitting that we’re not immune to them can help us be more careful when making decisions.

Challenge your own opinions.

Once you’re aware that your thinking has been heavily biased, continually challenging what you think is an excellent way to start the debiasing process — especially when receiving new information.

This can help you broaden your knowledge base, which will give you a greater understanding of your subject matter.

When we’re exposed to different points of view, it helps us become more well-rounded and knowledgeable individuals.

Cognitive biases can be dangerous, but we can take steps to avoid them if we’re aware of them. By being critical thinkers and by surrounding ourselves with diverse perspectives, we can start to make better decisions in our lives.

Blindly trying something without knowing if it works or Blind studies are conducted to reduce the amount of observer bias in scientific studies or research focus groups. If you limit the amount of information a person or group receives, they can make less influenced decisions.

In summary, cognitive biases are very real, and they do exist. They are part of human nature, and we cannot eliminate them. However, by being aware of them and taking the necessary steps to overcome them, we can minimize their impact on our daily decision.

Remember to watch out for:

In conclusion, cognitive biases are very real, and they do exist. They are part of human nature, and we cannot eliminate them. However, by being aware of them and taking the necessary steps to overcome them, we can minimize their impact on our daily decision-making. 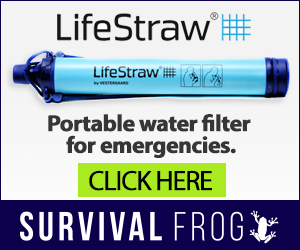