Whenever anyone asks him how he learned to build rockets, he says, ‘I read books.’

“Good friends, good books, and a sleepy conscience: this is the ideal life.” ― Mark Twain

Elon Musk, the force behind PayPal, Tesla, and Space X has a brilliant mind.

Most people say that after talking to him they walk away thinking that he’s the smartest guy they ever met.

According to an interview with Esquire Magazine, he devours books.

Love him or hate him, these four books helped shape him in business and in life.

1. “Structures: Or Why Things Don’t Fall Down” by J.E. Gordon

For anyone who has ever wondered why suspension bridges don’t collapse under eight lanes of traffic, how dams hold back–or give way under–thousands of gallons of water, or what principles guide the design of a skyscraper, a bias-cut dress, or a kangaroo, this book will ease your anxiety and answer your questions.

Structures: Or Why Things Don’t Fall Down is an informal explanation of the basic forces that hold together the ordinary and essential things of this world–from buildings and bodies to flying aircraft and eggshells. In a style that combines wit, a masterful command of his subject, and an encyclopedic range of reference, Gordon includes such chapters as “How to Design a Worm” and “The Advantage of Being a Beam,” offering humorous insights in human and natural creation.

Architects and engineers will appreciate the clear and cogent explanations of the concepts of stress, shear, torsion, fracture, and compression. If you’re building a house, a sailboat, or a catapult, here is a handy tool for understanding the mechanics of joinery, floors, ceilings, hulls, masts–or flying buttresses.

Without jargon or oversimplification, Structures opens up the marvels of technology to anyone interested in the foundations of our everyday lives.

This is one of the books that helped him actually build rockets.

“It is really, really good if you want a primer on structural design,” Musk said in an interview with KCRW.

In this authoritative and engrossing full-scale biography, Walter Isaacson, bestselling author of Einstein and Steve Jobs, shows how the most fascinating of America’s founders helped define our national character.

Benjamin Franklin is the founding father who winks at us, the one who seems made of flesh rather than marble. In a sweeping narrative that follows Franklin’s life from Boston to Philadelphia to London and Paris and back, Walter Isaacson chronicles the adventures of the runaway apprentice who became, over the course of his eighty-four-year life, America’s best writer, inventor, media baron, scientist, diplomat, and business strategist, as well as one of its most practical and ingenious political leaders.

He explores the wit behind Poor Richard’s Almanac and the wisdom behind the Declaration of Independence, the new nation’s alliance with France, the treaty that ended the Revolution, and the compromises that created a near-perfect Constitution.

In this colorful and intimate narrative, Isaacson provides the full sweep of Franklin’s amazing life, showing how he helped to forge the American national identity and why he has a particular resonance in the twenty-first century.

Musk has said that Ben Franklin is one of his heroes and is pretty awesome.

3.  “Einstein: His Life and Universe” by Walter Isaacson

By the author of the acclaimed bestsellers Benjamin Franklin and Steve Jobs, this is the definitive biography of Albert Einstein.

How did his mind work? What made him a genius? Isaacson’s biography shows how his scientific imagination sprang from the rebellious nature of his personality. His fascinating story is a testament to the connection between creativity and freedom.

Based on newly released personal letters of Einstein, this book explores how an imaginative, impertinent patent clerk—a struggling father in a difficult marriage who couldn’t get a teaching job or a doctorate—became the mind reader of the creator of the cosmos, the locksmith of the mysteries of the atom, and the universe.

His success came from questioning conventional wisdom and marveling at mysteries that struck others as mundane. This led him to embrace morality and politics based on respect for free minds, free spirits, and free individuals.

These traits are just as vital for this new century of globalization, in which our success will depend on our creativity, as they were for the beginning of the last century when Einstein helped usher in the modern age.

Musk says he learned a lot from another biography by Walter Isaacson: “Einstein.”

As with “Franklin,” this book tells the story of a genius who transforms the world with his intelligence and ambition.

Some of Einstein’s most famous quotes, like “The important thing is not to stop questioning,” and “Anyone who has never made a mistake has never tried anything new,” speak directly to Musk’s vision for his companies.

Superintelligence asks the question: What happens when machines surpass humans in general intelligence? Will artificial agents save or destroy us? Nick Bostrom lays the foundation for understanding the future of humanity and intelligent life.

The human brain has some capabilities that the brains of other animals lack. It is to these distinctive capabilities that our species owes its dominant position. If machine brains surpassed human brains in general intelligence, then this new superintelligence could become extremely powerful – possibly beyond our control. As the fate of the gorillas now depends more on humans than on the species itself, so would the fate of humankind depend on the actions of the machine superintelligence.

But we have one advantage: we get to make the first move. Will it be possible to construct a seed Artificial Intelligence, to engineer initial conditions so as to make an intelligence explosion survivable? How could one achieve a controlled detonation?

This profoundly ambitious and original book breaks down a vast track of difficult intellectual terrain. After an utterly engrossing journey that takes us to the frontiers of thinking about the human condition and the future of intelligent life, we find in Nick Bostrom’s work nothing less than a reconceptualization of the essential task of our time.

We need to be super careful with AI,” he tweeted because it’s “potentially more dangerous than nukes.”

To find out why, he says it’s “worth reading” Nick Bostrom’s “Superintelligence,” a book that makes the daring inquiry into what would happen if computational intelligence surpassed human intelligence.

Reading books by visionaries like Musk, help you to understand their thought process and gives you a glimpse into their minds. 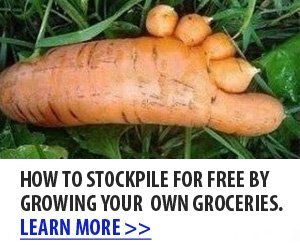