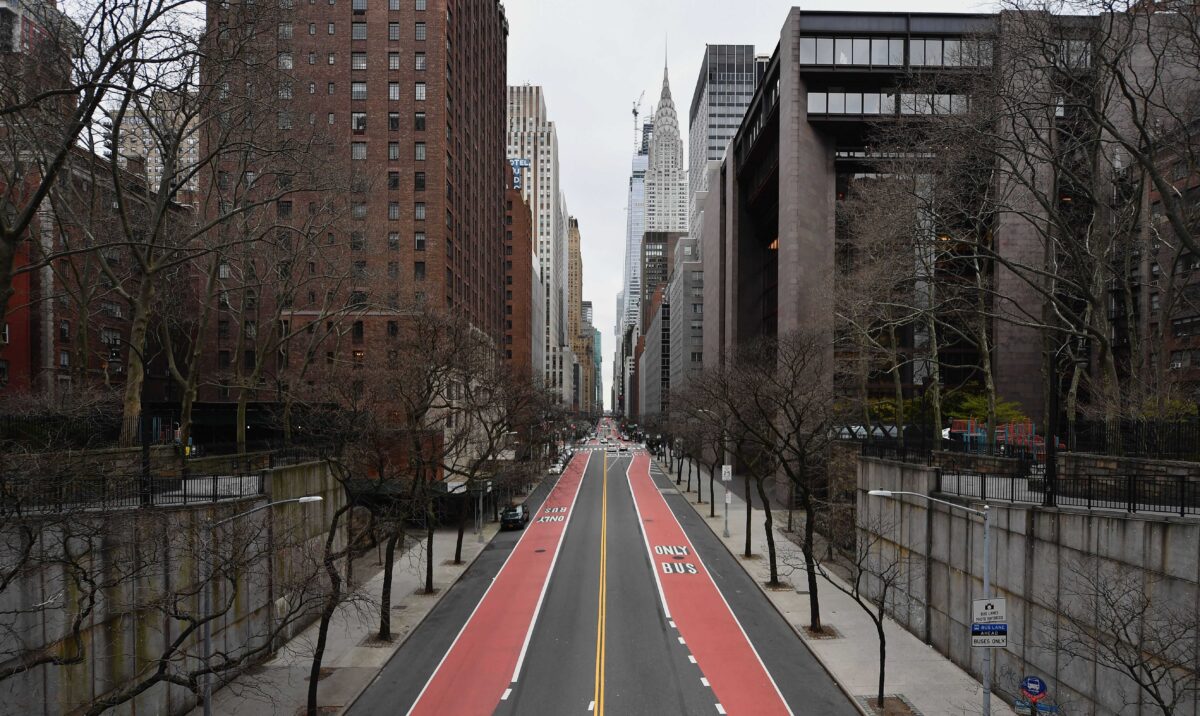 The coronavirus has rearranged American life. Mask wearing and social distancing is still required in the stores, gyms and restaurants now open, or set to be, across the nation.

But what about the big, crowded cities? New Orleans, Chicago, San Francisco and, of course, New York have become the virus hotspots mainly because they put people in close quarters with other breathing people. That’s how infection spreads.

In hard-hit New York City, residents of means grabbed their kids and left for second homes or moved in with family outside town. Though stay-at-home orders have done a remarkable job of bringing down the city’s terrible numbers, real estate experts think some of these urban refugees will not come back.

And they’re probably right. That’s because for many, the virus was not the one thing pulling them away. It was the last straw.

The sky-high housing costs were already propelling many New Yorkers to consider the alternatives. The city had been losing population for the three years B.C. (before coronavirus). Now that New York has closed playgrounds and restaurants, families find themselves with no slides for the kids and no bars for the adults.

Meanwhile, grown-ups working from their bedrooms have learned to appreciate the home comforts more. And with that they may want more of a home.

Why not live where there’s more space at less cost and restaurants and basic cultural amenities are still offered? That somewhere could be the suburbs or smaller cities away from the coasts, places like Columbus, Pittsburgh or Omaha.

But here’s the “on the other hand.” There are people who thrive on urban density. They love the electricity, being part of a civic culture high on drama. Throughout the coronavirus crisis, New Yorkers have joined together to broadcast love for the medical workers risking their lives in the intensive care units. Evenings at 7, they emerge on fire escapes and balconies, or lean out of windows, to cheer for the hospital staffs.

Many a New Yorker who lived through Sept. 11 was moved at the sight of firefighter heroes cheering on the medical heroes. When volunteers from other parts of the country started leaving the hospitals to head home, they were surrounded by lines of applauding locals. This is community at an intense level.

There’s also the question of where you want to live in a world still stalked by COVID-19 and viruses to come. If infected, would you rather be in a rural county without a single ICU bed—or in a place with war-hardened hospitals now expert in the nature of the beast? (And don’t think the virus isn’t everywhere.)

Frankly, if a million people were to leave New York, there’d be over 7 million left. That’s still a lot of people. Just saying.

There are no wrong answers here. Families who don’t have to be a subway ride from the opera and would like a backyard with a barbecue might make a sage decision in moving to a so-called “livable” city or town. Tulsa, Oklahoma, is offering $10,000 to remote workers who move there, and it’s apparently getting takers.

But those who don’t care to drive, have jobs requiring in-person collaboration and want high culture on a Wednesday night may choose to live in the big city. Everyone has a vote.

The thing to bear in mind is that daily life will not be the same for quite some time—and not just in the city. Whether in a crowded urban bodega or a hair salon on a strip outside town, we will be at risk for coronavirus infection if we don’t do what we should.

Froma Harrop is the recipient of numerous awards and honors, Harrop has worked on the Reuters business desk, edited economics reports for The New York Times News Service, and served on the Providence Journal editorial board. She has written for such diverse publications as The New York Times, Harper’s Bazaar, and Institutional Investor.

We really weren’t ready to work from home

Rob Reiner: 'I Call on Bush, Obama…to Stop This Insanity and Save Human Life'

Although Never Officially Shut Down, South Dakota Governor Unveils ‘Back To Normal’ Plan

A Woman Set Up a Little Free Pantry Without a Permit. The County Threatened Criminal Charges.