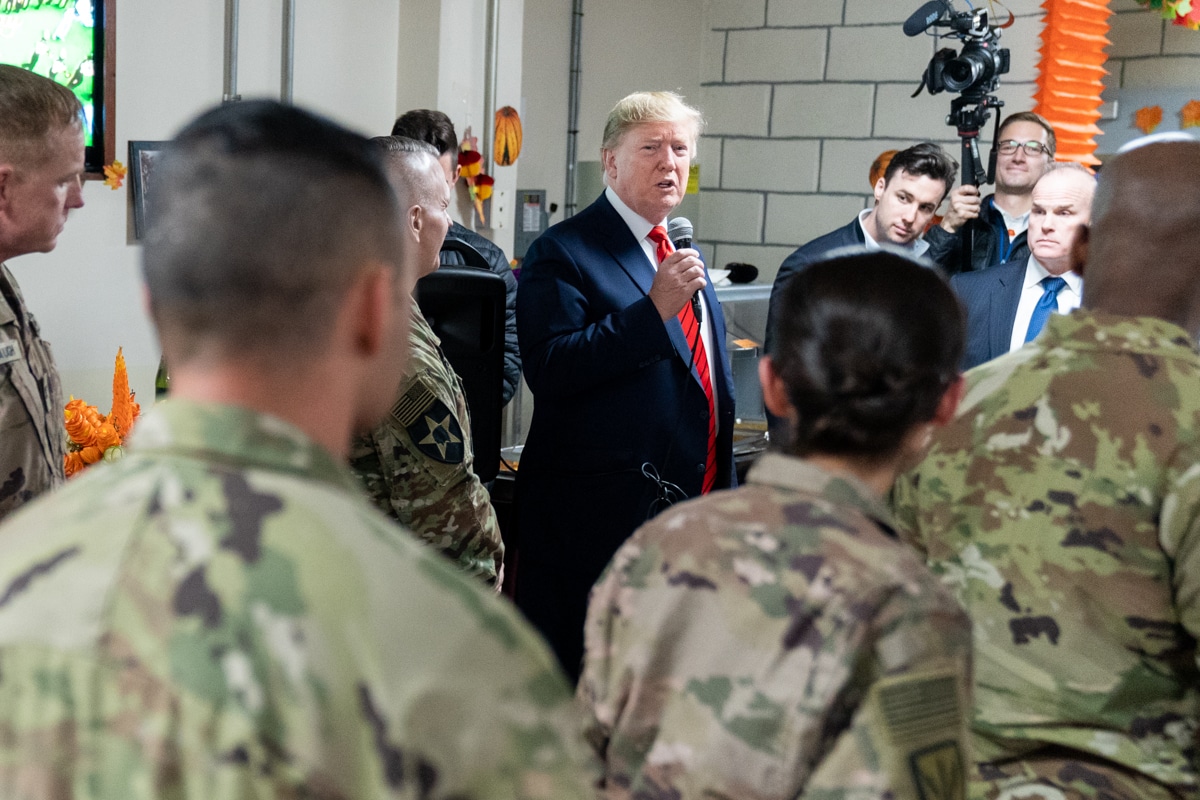 The White House has denied that President Donald Trump was briefed on a reported finding that Russian military intelligence offered bounties to Taliban-linked militants to kill U.S. troops in Afghanistan.

Neither Trump nor Vice President Mike Pence was briefed on the alleged Russian bounty intelligence, White House Press Secretary Kayleigh McEnany said in a statement, referring to a report on June 26 in The New York Times.

“This does not speak to the merit of the alleged intelligence but to the inaccuracy of The New York Times story erroneously suggesting that President Trump was briefed on this matter,” she added.

Former Vice President Joe Biden reacted to the report by attacking Trump for his reported failure to take action.

Biden said the shocking revelation – if true – is that Trump “has known about this for months” and had done “worse than nothing.”

Biden, the Democratic Party’s presumptive presidential nominee, said not only has Trump failed to impose any kind of consequences on Russia, he “has continued his embarrassing campaign of deference and debasing himself before Vladimir Putin.”

He promised that if he is elected on November 3, “Putin will be confronted and we’ll impose serious costs on Russia.”

The newspaper, citing anonymous U.S. officials briefed on the matter, reported that a secret unit of Russia’s GRU military intelligence linked to assassination attempts in Europe and other activities offered rewards for successful attacks last year.

A spokesman for the Taliban leadership said on June 27 that the group “strongly reject” the allegation. It insisted the Taliban “is not indebted to the beneficence of any intelligence organ or foreign country and neither is the [Taliban leadership] in need of anyone in specifying objectives.”

Spokesmen for the National Security Council, the Pentagon, and the CIA declined to comment on the allegations that were later also reported by The Washington Post.

“This unsophisticated plant clearly illustrates the low intellectual abilities of the propagandists of American intelligence, who instead of inventing something more plausible have to make up this nonsense,” the Russian Foreign Ministry said.

The Times claimed the intelligence was based partially on interrogations of captured Afghan militants and criminals.

It said Taliban-linked militants, or “armed criminal elements closely associated with them,” collected some of the money. But it reported that it was not clear whether any of the 20 American soldiers killed in Afghanistan last year are linked to the alleged payments.

The newspaper, citing unidentified officials familiar with the intelligence, said the findings were presented to Trump and discussed by his National Security Council in late March. Officials developed potential responses, starting with a diplomatic complaint to Russia, but the White House has yet to authorize any step, the report said.

Senator Lindsey Graham (Republican-South Carolina) said in a tweet it was “imperative” that Congress get to the bottom of the news reports.

Legislation he proposed calling for sanctions against Russia passed the Senate Foreign Relations Committee in December and awaits for a vote by the full Senate, he said on Twitter, urging Majority Leader Mitch McConnell to “act this week.”

The allegations come as the United States seeks to advance a nascent peace process in Afghanistan after signing a deal with the Taliban in February that could see U.S. troops leave the country next year.

RT @svdate: NEW — Ever since it came out that he had ignored Russian bounties being paid for murdered American soldiers, Trump has much pr…

This is what the Prez travels with…more or less

BLM: Shawn Dove | Giving a Voice to Those Who’ve Been Marginalized

Police arrest 14 after clashes in Portland

Devastating wildfires continue to blaze across California, Oregon and Washington

Christian Boy, 16, Stabbed and Stoned to Death for His Faith in Eastern India

STORY TIME | What Is So Funny MEOWWW?