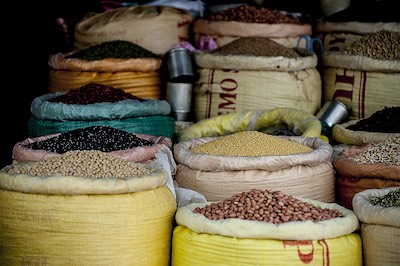 Imagine our food distribution system worked like our public schools do.  Prompted by that very question in a Reason article comparing how private schools are responding differently to the COVID-19 virus than public schools, I began thinking what a public grocery system would look like.

The food would be “free,” except for the fact that you would pay higher taxes to support the grocery store, and the tax dollars would be paid directly to the store. Key decisions, such as what food products to offer and how many grocery clerks were needed to staff the meat counter, would be made by an elected Grocery Board. A grocery superintendent answering to the board would hire and fire the grocery store managers.  If you didn’t like the store but still wanted “free” food, you would be out of luck. You would be assigned to your neighborhood grocery store. The Grocery Board would draw the grocery boundaries. What you ate would depend upon where you lived. Only higher income earners would have the luxury of foregoing the free food and shopping at stores that didn’t accept tax dollars.

What do you suppose would happen to the cost and quality of public food in such an arrangement? As the consumer, you would have zero power. You couldn’t patronize a different store. You couldn’t withhold your money. You would have to take what you got. Oh, for sure, you could show up at Grocery Board hearings and speak your mind. Maybe you could organize a movement to elect a board member who would go to bat for selling only free-range chicken. But that would entail a huge amount of trouble with no guarantee of a positive outcome. read more

Leftist Portland Is A HELLHOLE | Ep 207

From communicating about #coronavirus to info on relaxation techniques, our newly released #COVID19 social media resources page has a range of topics for your reference. Use our suggested Twitter and Facebook posts to help spread accurate information. https://www.nih.gov/news-events/covid-19-social-media-resources …

USNS Comfort to be saluted by FDNY, NYPD as it departs from NYC

THE END OF THE WORLD & SIGNS OF GLOBAL COLLAPSE!! PREPARE NOW