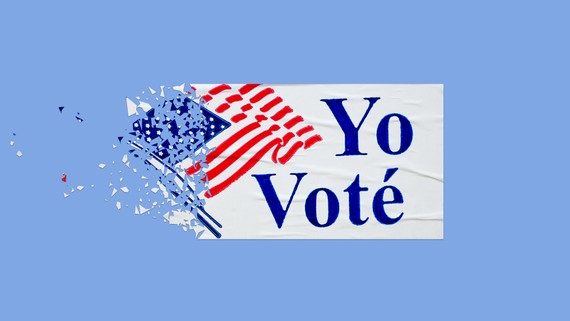 For 30 years, political consultants have been predicting that in the next presidential election, a growing Latino electorate in the United States will finally awaken, sway the outcome, and usher in a new era of Latino political power.

And for 30 years, they have been wrong. The 2020 election may prove no different. Again and again, political analysts have underestimated the diversity among American Latinos. Key segments of the community—specifically Cubans and younger U.S.-born Mexican Americans—support the Republican Party in numbers large enough to mitigate explosive new registration numbers among more Democratic-leaning Latinos. While Donald Trump has lagged behind Joe Biden in national polls, the president is faring better than he did in 2016 among some groups of Latino voters. Surveys in Florida last month showed Trump winning an overwhelming share of the Cuban American vote. Fortunately for Biden, the Democratic nominee still has time to fine-tune his tactics.

That some Latinos might keep the presidency in Trump’s hands is almost unthinkable to those, including me, repelled by Trump’s attacks on people in our community. Hispanic voters in Florida, in particular, may have the power to shift the outcome of the election. But just because Florida, or the U.S. as a whole, has a lot of voters who fall into the Latino category doesn’t guarantee victory for Biden or any other Democrat.

Read: The neglect of Latino voters

Without question, the U.S. is undergoing a political realignment. This year, Latino eligible voters are expected to outnumber Black eligible voters for the first time. Sun Belt states with large populations of Latinos are taking on even greater electoral importance. Yet the political consequences are unpredictable. The dramatic Latinization of America is stirring fears among white voters without college degrees, who feel they are being replaced both socially and economically. This white anxiety is the essence of Trumpism, a pernicious form of identity politics. Meanwhile, voters who have emigrated from, or trace their roots to, places across the large expanse of Latin America may have little but the Spanish language in common, if even that.

Mexican Americans make up the largest segment of the Latino voting bloc, and they are the most reliably anti-Republican. Over decades, the southwestern U.S. has become a multicultural mix of younger, more college educated, and more ethnically diverse residents—all trends that bode well for Democrats. This is in large part why states that were once securely red, including Arizona and perhaps even Texas, are coming into play for Democrats.

Curiously, one segment of the Mexican American electorate is showing a growing alignment with Trump: According to polling by Equis Research, U.S.-born Mexican American men without college degrees are inching toward Trump, mirroring the voting trajectory that non-college-educated white men have followed. They may be following the traditional pattern of assimilation, in which an immigrant group’s voting behavior becomes less distinct over the course of generations. Still, two caveats apply. First, support among these men for Trump remains relatively soft; second, Mexican American women are running in the opposite direction, toward Biden.

Trump received 28 percent of Latino support nationwide in 2016. For all of Trump’s anti-immigrant rhetoric, that number sits squarely within the 21 to 44 percent support range of Republican presidential candidates over the past 25 years. This year, Trump’s camp is looking to run up the score in Florida, the most populous swing state.

Latinos there are more polarized than in the rest of the country and compose an estimated 20 percent of the state’s electorate. One-third of Florida’s Latino electorate is of Cuban descent; another third is Puerto Rican. Antipathy to Communist Cuba still runs strong among the former; the latter are more attuned to the economic and humanitarian catastrophe that Puerto Rico suffered during Hurricane Maria. More so than Biden, the Trump campaign has figured out that Latinos in Florida can no longer be addressed as a single voting bloc. The president cannot win Florida without the support of Cuban Americans, and his Spanish-language ads accusing Biden of giving in to socialism could well motivate those voters. Democratic strategists tend to roll their eyes at such claims, but Biden cannot afford to leave the charge unanswered.

Of course, Trump still has massive problems in the Latino electorate. COVID-19 has proved three times more deadly to Latinos than to white people. Far from acknowledging the added risk, the president insisted last month that the coronavirus “affects virtually nobody.” Perhaps Trump’s own infection will make him more empathetic, but considerable damage has already been done: The hard work that many Latino entrepreneurs have put into small businesses has been lost, and jobs and livelihoods have been obliterated, because of Trump’s mismanagement of the crisis. Meanwhile, Latinos of all origins are still waiting on economic relief.

For Biden to win in Florida, he has to accomplish what very few Democratic campaigns have been able to do: increase voter turnout among non-Cuban Latino voters, who tend to be more favorable to Democrats. Had Puerto Ricans voted at the same rates as Cubans in 2016, about 23,000 more voters would have turned out in Florida alone.

Fortunately for Biden, he has help with winning over more conservative Latinos. Anti-Trump Republican groups including the Lincoln Project, of which I am a co-founder, are uniquely positioned to communicate with and convince Cuban Americans in a way Biden is not. Ironically, in 2020 it may very well be a Republican group that steers Latino Republicans away from Trump. Democrats have assumed that demographic change should be enough to bring them victory, but seeing Latinos in their full diversity and adjusting tactics accordingly could be the key to a Biden victory.

Americans may soon get a pay raise, but there’s a catch | FOX News Rundown

Extinction Rebellion's plot to 'sabotage the economy' during coronavirus crisis

US judge mulls competency of Mexican man who shot American

EU Commissioner squirms over refusal to give up fisheries for UK deal 'What about jobs?'

‘All the psychoses of US history’: how America is victim-blaming the coronavirus dead

French doctor warns his country has 'lost control' of virus…

The Economics of Anger: How We Got a Rigged System (w/ Mark Blyth and Eric Lonergan)

A Historical Reminder of What Defines the United States, As Told by a Former Slave