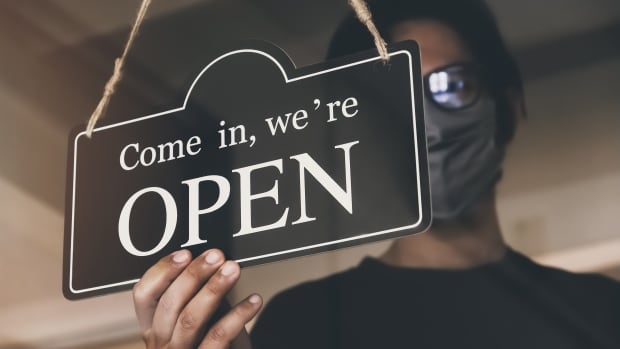 The U.S. economy added almost five million jobs last month, but that’s slightly less than a quarter of the 20 million it lost in April. (Shutterstock / winnond)

The U.S. economy created jobs at a record clip in June as more restaurants and bars resumed operations, further evidence that the COVID-19 recession might be over, though a surge in cases of the coronavirus threatens the fledgling recovery.

Nonfarm payrolls increased by 4.8 million jobs in June, the Labour Department’s closely watched monthly employment report showed on Thursday. That was the most since the government started keeping records in 1939. Payrolls rebounded by 2.699 million in May.

Despite the record-setting month for job gains, the U.S. economy has yet to replace even half of the record 20 million jobs it lost in April.

The job gains added to a stream of data, including consumer spending, showing a sharp rebound in activity. But the reopening of businesses after being shuttered in mid-March has unleashed a wave of coronavirus infections in large parts of the country, including the populous California, Florida and Texas.

Several states have been scaling back or pausing reopenings since late June and sent some workers home. The impact of these decisions did not show up in the employment data as the government surveyed businesses in the middle of the month.

Federal Reserve Chair Jerome Powell this week acknowledged the rebound in activity, saying the economy had “entered an important new phase and (had) done so sooner than expected.” But Powell cautioned the outlook “is extraordinarily uncertain” and would depend on “our success in containing the virus.”

The unemployment rate fell to 11.1 per cent last month from 13.3 per cent in May. Employment is increasing largely as companies rehire workers laid off when non-essential businesses like restaurants, bars, gyms and dental offices, among others, were closed to slow the spread of COVID-19.

Economists have attributed the burst in job gains to the government’s Paycheck Protection Program, which gives businesses loans that can be partially forgiven if used for wages. Those funds are drying up.

In an economy that had already fallen into recession as of February, many companies, including some not initially impacted by lockdown measures, are struggling with weak demand.

Economists and industry watchers say this, together with the exhaustion of the PPP loans, has triggered a new wave of layoffs that is keeping weekly new applications for unemployment benefits extraordinarily high.

In another report on Thursday, the Labour Department said initial claims for state unemployment benefits totalled a seasonally adjusted 1.427 million in the week ended June 27, down from 1.482 million in the prior week.

Another All-Time Record, Look At What Has Been Skyrocketing! Plus Got Wood?

🚨Warning!🚨🚨This may be your only chance!

Goldman Sachs settles with Malaysia, will pay $3.9B over sprawling 1MDB corruption case

How to Say Black Lives Matter without Burning Down Cities

The Veil Has Dropped from the Mainstream Media

Trump pushes back against critics on coronavirus, addresses whether he will accept election results in exclusive interview