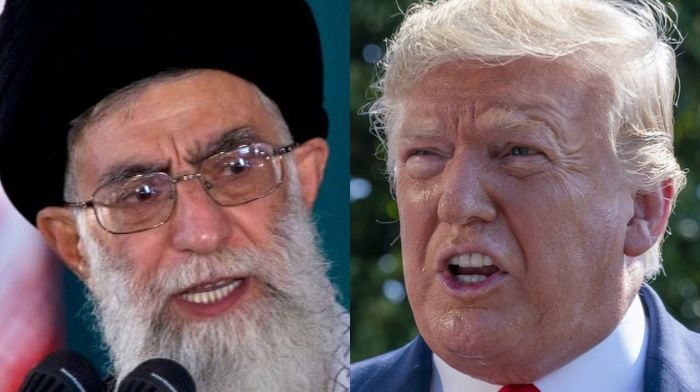 President Donald Trump this morning revealed that he has ordered the Navy to shoot and destroy any Iranian gunboats that are found to be harassing U.S. warships.

“I have instructed the United States Navy to shoot down and destroy any and all Iranian gunboats if they harass our ships at sea,” the President warned on social media.

RELATED: Documentary Claims CIA Had Yet Another Chance To Kill Bin Laden, But Bill Clinton Blocked Them

The U.S. Navy’s 5th Fleet reported last week, according to Fox News, that:

Iranian ships repeatedly crossed in front and behind the U.S. vessels at extremely close range and high speeds, including multiple crossings of one ship, the Puller, with a 50-yard closest point of approach and within 10 yards of another ship, the Maui’s, bow, a 5th Fleet statement said.

They did this despite multiple warnings via radio, along with horn blasts and long-range acoustic noise maker devices.

The Iranian vessels finally moved away after roughly one hour.

I have instructed the United States Navy to shoot down and destroy any and all Iranian gunboats if they harass our ships at sea.

RELATED: Biden Calls For Lifting Iran Sanctions Amidst Threats to the U.S.

Iran Better Back Down

Iran might want to think twice about playing these games again after Trump’s order. His threats are not hollow, and there is no doubt he has no intention of placating Iran as his predecessor had.

In January of 2016, Iran detained 10 American sailors after they navigated inside Iranian territorial waters.

In response, former President Barack Obama had his Secretary of State John Kerry thank the regime despite video showing sailors crying and apologizing, and despite images that also showed them being mocked.

Thank you, President Trump, for reminding this regime that the Obama years are gone.

And BTW, this regime does not represent the Iranian people.pic.twitter.com/lBYjTGLltq

By contrast, President Trump announced in a statement in 2019 that Iran’s Islamic Revolutionary Guard Corps (IRGC) had been designated a terrorist organization.

It marked the first time the United States had designated an entity within a foreign government as a Foreign Terrorist Organization (FTO).

This new directive from the President comes several months after hostilities between the U.S. and Iran which included an attack at the U.S. Embassy compound in Iraq.

Mobs were formed by pro-Iran militia members to attack the embassy, smashing security cameras, breaking down a door into the reception area, and setting the room on fire, all while shouting “Death to America!”

Then, as will likely be now, the only people mourning President Trump’s tough stance against Iran will be Iran … and the Democrats.

No leadership and no plan: is Trump about to fail the US on coronavirus testing?

Federal Intel Boss Confirms Investigation Is Underway Into Whether COVID-19 Outbreak Was ‘Result Of An Accident’ In Wuhan, China Lab