Originally published on The Daily Wire on 2021 02 06 by Ryan Saavedra https://www.dailywire.com/news/top-democrat-senator-slams-biden-hes-going-in-wrong-direction-by-being-strictly-partisan

A top Democrat Senator slammed President Joe Biden in remarks delivered at a policy event on Thursday, saying that the Democrats “started wrong” and that Biden is going in the wrong direction by being partisan in trying to get a coronavirus stimulus plan passed.

Sen. Joe Manchin (D-WV), who made the remarks during an interview with the Bipartisan Policy Center, was talking about Democrats’ attempts to pass the coronavirus stimulus package that they want, without bipartisan support, by using the reconciliation process.

“We started wrong,” Manchin said. “And I think that Joe Biden’s advisers have led him wrong to start out in a strictly partisan direction. We should have found something that we could have voted on bipartisan first and then gone down this lane when we hit a roadblock, and they didn’t do that, but that’s fine, we’re going to start this, I’m determined to make it bipartisan because if we go off the rails and there’s no bipartisan, you ain’t coming back for two years.”

“Even under Trump, we had five COVID bills, the total of the five totaled $5.7 trillion,” Manchin said. “Every one of them passed with 90 votes or more in the Senate. One of them passed voice vote, not even a vote, because we all agreed.”

Manchin said that the Senate could get “a trillion dollar bipartisan deal tonight, tonight, but that’s not what my side of the aisle wants, my side wants $1.9 [trillion].”

Politico noted that Manchin also vowed to defend the Byrd rule, which restricts the kinds of provisions that can be rammed through with reconciliation.

“If they think they want to jam things down people’s throat? No,” Manchin said. “If we can’t get one or two or three Republicans to vote with things that we should be doing in a bipartisan [way] … I’m not going down that path and destroy this place. I’m not going to let the Byrd rule be decimated.”

“I saw [the interview], I couldn’t believe it. No one called me,” Manchin said. “We’re going to try to find a bipartisan pathway forward, but we need to work together. That’s not a way of working together.”

Manchin, one of the only moderate Democrats in the party, has also stated that he will not let his party eliminate the filibuster in order to ram through Biden’s leftist agenda.

The Daily Wire is one of America’s fastest-growing conservative media companies and counter-cultural outlets for news, opinion, and entertainment. Get inside access to The Daily Wire by becoming a member.

HOW DO YOU FIND YOUR OWN VOICE?

It’s Your Duty to be Ready: Rick Hogg on Ammo Selection for Concealed Carry

Can Your Stool Crack the Secret to COVID? Family Heartbreak as Children Battle Rare Brain Disorde… 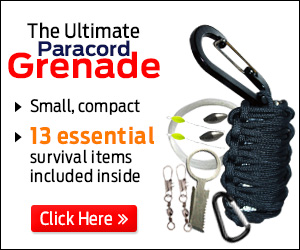