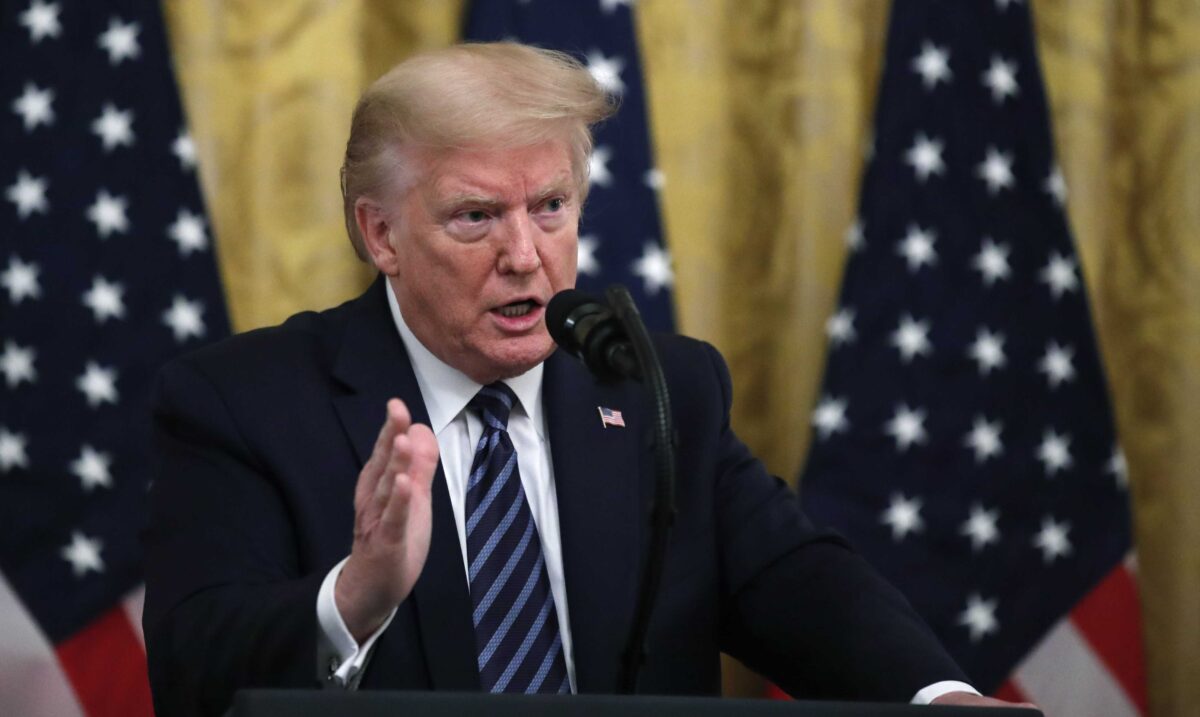 When the U.S. Constitution was first formed, it didn’t have the Bill of Rights trailing behind. It took some nudging from George Mason and other Anti-Federalists to get James Madison and the Federalists to add the 12 Amendments, which were eventually narrowed down to 10.

During this pandemic, the First, Fourth, Fifth, Eighth, and 14th Amendments have been trampled underfoot by numerous local and state government leaders. While tyranny has been in vogue, the great tyrant-to-be shied away.

President Donald Trump had every opportunity, and wouldn’t have been halted in his quest, to vanquish the 10th Amendment during the national emergency. Politicians, health officials, and everyday citizens requested, even demanded, he conduct a federal stay-at-home order.

The 10th Amendment, which states that “powers not delegated to the United States by the Constitution, nor prohibited by it to the States, are reserved to the States respectively, or to the people,” truly hung in the balance.

When Gene Marks, of small-business consulting firm Marks Group, demanded a national shutdown in a March 19 op-ed for The Hill, he spoke strictly from a business perspective, and not from a constitutional one. His title “Shut us down already, Mr. President!” was alarming. His bravery was based on corrupt information and an incredibly naive belief.

“Today it was reported that Wuhan, China, the epicenter of the coronavirus outbreak, reported zero new cases. Zero! Why? Because they were shut down. Totally and completely shut down. In a totalitarian society like China, this was possible,” he wrote.

Marks, much like many others, began to view totalitarianism in a favorable light. Of course, the argument would be that the tyranny would be short-lived. In the history of mankind, however, a nation has never bounced back from tyranny with its freedoms unscathed.

Even Constitutional scholars urged the president to take dictator-like action. During an April 9 episode on the “We the People” podcast, professor Kim Lane Scheppele of Princeton University and professor Deborah Pearlstein of Cardozo Law School expressed concern that the president had not taken extreme authoritarian action in response to the pandemic.

Before Scheppele broached the topic of Trump’s lack of dictatorial enthusiasm, she raised the alarm about the power-grabbing of global leaders, such as Hungary’s Viktor Orban and Serbia’s Aleksandar Vucic, who have sidelined parliament, taken complete authority of the state, postponed elections indefinitely, and have established five- to eight-year prison sentences for those who defy lockdown orders.

“This has been one of the exceptions to my general principle that an emergency brings out what a state is already like. … What you would guess, watching President Trump’s other activities, is that he would love this emergency, because he could take all these powers, he could do all these things, it enlarges the scope of the presidency, and instead what you’ve seen is this odd shrinking of presidential responsibility by basically refusing to do the things that a president should do in an emergency.”

Do what a president should do? Scheppele’s suggestion of what should be done was in line with what had been done by the leaders whom she had just previously condemned. Pearlstein agreed completely. In fact, they both went so far as to recommend Congress forcing the Executive to take such dictatorial steps. The irony of the entire conversation was unremittingly evident.

In a time when Democrats seem most paranoid about the power of the Republican Party, due to the presidency, the senate majority, and the Supreme Court majority (notwithstanding the mass amount of conservative judges being appointed and placed into seats), they’re now clamoring for the Executive to secure even more authority to himself.

Robert Reich, the chancellor’s professor of public policy at the University of California, Berkeley, and senior fellow at the Blum Center, wrote on his blog that Trump “will do anything—anything—to hold on to power. In his mind, the coronavirus crisis is just another opportunity.”

Trump has continued to insult members of the media, fire people within the Executive branch, and avoid presidential norms, but ultimately, his actions have not been out of character from his previous three years. So although the coronavirus crisis did present an opportunity to obtain more power, it was an opportunity he decided to pass on.

From the Los Angeles Times to the New York Times and everywhere in between, countless media publications demanded, as Marks had done, that Trump shut down the economy. President Trump wisely resisted a national shutdown, just as seven Republican governors resisted state-wide shutdowns. The numbers tell the tale of why a national shutdown was unnecessary.

If history has taught Americans anything it’s that federal government overreaction causes more harm than good. Whether or not you believe his decisions throughout this pandemic were right or wrong, it would be difficult to establish an opposing argument that his resistance against undermining the 10th Amendment was a mistake.

“We’re not really dealing with somebody,” Scheppele said, “who takes legal advice very easily or someone who really considers the constitutional consequences of what he’s doing.”

Actually, Trump seems to have been one of the few who, at least in this moment, truly considered the constitutional consequences.

Dustin Bass is the co-founder of The Sons of History, a YouTube series and weekly podcast about all things history. He is a former-journalist-turned-entrepreneur. He is also an author.

Signs of the Times

Pelosi to Trump: Ice Cream in My Freezer Is Better Than 'Lysol in Somebody's Lungs'

Exclusive–Scott Walker Blasts 'Incompetent' Joe Biden: Barack Obama Didn't Support Him 'Until There Was No Other Choice'

Modest multilateralism is in America’s interest, and China’s too

‘I Could Have Easily Kept My Restaurants Open’: One Famed Entertainer’s Plea To Save The Family Business