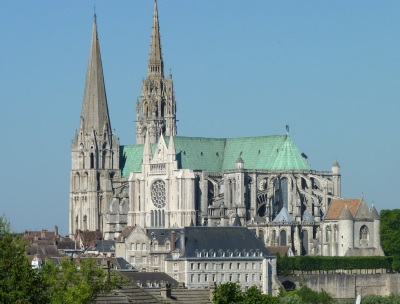 Chartres Cathedral, officially known as the Cathedral of Our Lady of Chartres, a Roman Catholic cathedral located in Chartres, France. | Wikimedia Commons/Olvr

Christianity is a faith with a long and extensive history, with numerous events of lasting significance occurring throughout the ages.

Each week brings the anniversaries of impressive milestones, unforgettable tragedies, amazing triumphs, births, deaths, and everything else in between.

Some of the things drawn from over 2 millennia of history might be very familiar to the reader, while other happenings might be previously unknown.

Here are three things that happened this week, Oct. 18-24, in Church history. They include the birth of Pope Pius II, the consecration of a notable cathedral, and the death of a prominent theologian.

California's power grid is failing – could it be too much reliance on solar, wind?

Real-life Rapunzel, 31, from Germany has no plans to cut her locks until they reach the floor

Why the George Floyd protests succeeded where others failed

Chamber of Commerce expects next coronavirus relief bill by July 4

America Is Giving Up on the Pandemic

Bangor University student, 26, is found dead in his room at halls of residence

There Is No Evidence Lockdowns Saved Lives. It Is Indisputable They Caused Harm