One holiday item that is already sold out: shipping capacity.

have told some of their largest shippers that most of their capacity is already spoken for, and that any extra trailers with holiday orders will have to wait to be picked up, according to shipping consultants and retailers.

“There will be days within the holiday season where the industry will be over capacity,” FedEx Chief Marketing Officer Brie Carere said in an interview.

The outlook has sent retailers on the hunt for alternatives with little luck. Smaller carriers in the U.S. like LaserShip Inc. and DHL eCommerce Solutions said they booked up their capacity for the holidays months earlier than usual and aren’t taking new customers until next year.

The final safety valve is the U.S. Postal Service, whose finances and network have been stretched during the coronavirus pandemic and could come under more pressure if shippers dump their overflow orders into the agency’s network.

“Everybody’s in the market looking for more capacity,” said Tim Geiken, principal at Platinum Circle Partners LLC, a logistics consulting firm. “With minimal exceptions, nobody is finding it.”

“Consumers should be prepared for deliveries to take extra days no matter which carrier is delivering their parcels,” Mr. Jindel said. The shortfall could be minimized, he added, if

The shipping crunch comes against an uneven retail backdrop. Consumer spending has picked up since the pandemic brought economic activity to a halt. But the rebound is being fueled largely by select sectors, including big-box retailers and home-improvement chains, while department stores and others that had to temporarily close continue to struggle. Overall spending remains below pre-pandemic levels and there are signs the economic recovery is losing steam.

Carriers and their shippers spend months planning for the holiday season and hone their forecasts for the number of packages they expect to ship. The two sides decide items like weekly shipping forecasts and how many trailers the carriers may need to pick up from their loading docks each day. Any deviation from the estimate can result in higher rates per package or penalties to compensate the carrier for needing to marshal more resources.

FedEx in recent years has held the line tighter in deciding to accept any additional volume to make sure its network isn’t overwhelmed.

meanwhile, has had more wiggle room to accept additional volume because of a recent buildup of major sorting hubs.

In previous years, shippers could usually find space to ship if online sales blew through expectations, though it would come at a premium to rates that had been negotiated.

“It seemed like there was always a way where you could buy more capacity,” said Hannah Testani, chief operating officer of Intelligent Audit, a freight audit and analytics company. “Now, that doesn’t exist.”

The primary reason for this year’s capacity shortage is that carriers already have been operating near maximum capacity for months as consumers stayed home, avoided stores and shopped online. The delivery surge has strained networks and led to longer processing and delivery times. Carriers can’t quickly boost capacity with new facilities as it often requires a multiyear planning process.

The carriers have imposed shipping limits on customers and added fees to offset the increased costs to staff up, secure protective equipment and other outlays during the pandemic. Pricing power has quickly shifted to the carriers, which are raising rates and being pickier about which shippers they want to do business with.

To manufacture some extra capacity, carriers are asking their customers to make changes to try to move some shipping volume to times when there may be more slack in their network.

For FedEx customers, that means doing more on weekends. The company, which has made a bigger push into e-commerce recently, has started doing pickups seven days a week, a process change it accelerated during the pandemic. It is telling customers that the network has more slack on Fridays, Saturdays and Sundays.

“We don’t want to say no to anyone,” FedEx’s Ms. Carere said. But, she added, “There will be limits to certain days.” The company’s marketing for the holiday season will also focus on shopping for and shipping orders early, a company spokeswoman said.

The delivery giants are also asking shippers for more detailed data on inbound volume and redirecting it to facilities that have the ability to handle it.

“We are working closely with our large and medium customers to steer volume to capacity and ensure the UPS network is reliable for all customers,” a UPS spokesman said.

A spokesman for the Postal Service said it is focused on handling the coming election mailing before turning attention to the holidays. The agency said its network can handle the expected increase in packages, but that it is especially important this year for customers to ship packages earlier.

“Our network is designed to handle temporary and seasonal increases in volume, and we have the ability to deliver those additional holiday packages in a timely manner,” the spokesman said.

What lasting impact could the pandemic have on holiday shopping? Join the conversation below.

One solution is to spread out sales more widely during the holiday season, a marketing strategy that the carriers are pushing their customers to pursue. Amazon.com Inc.’s Prime Day and competing sales from other retailers kicked off the shopping season in mid-October, which can pull some of the shipping volume ahead of the busier windows.

Meanwhile, retailers are trying to convince shoppers that they don’t have to wait for the week of Thanksgiving to get the best deals. Many are also pushing services that allow customers to buy items online and pick them up in stores, an option that has surged in popularity during the pandemic. 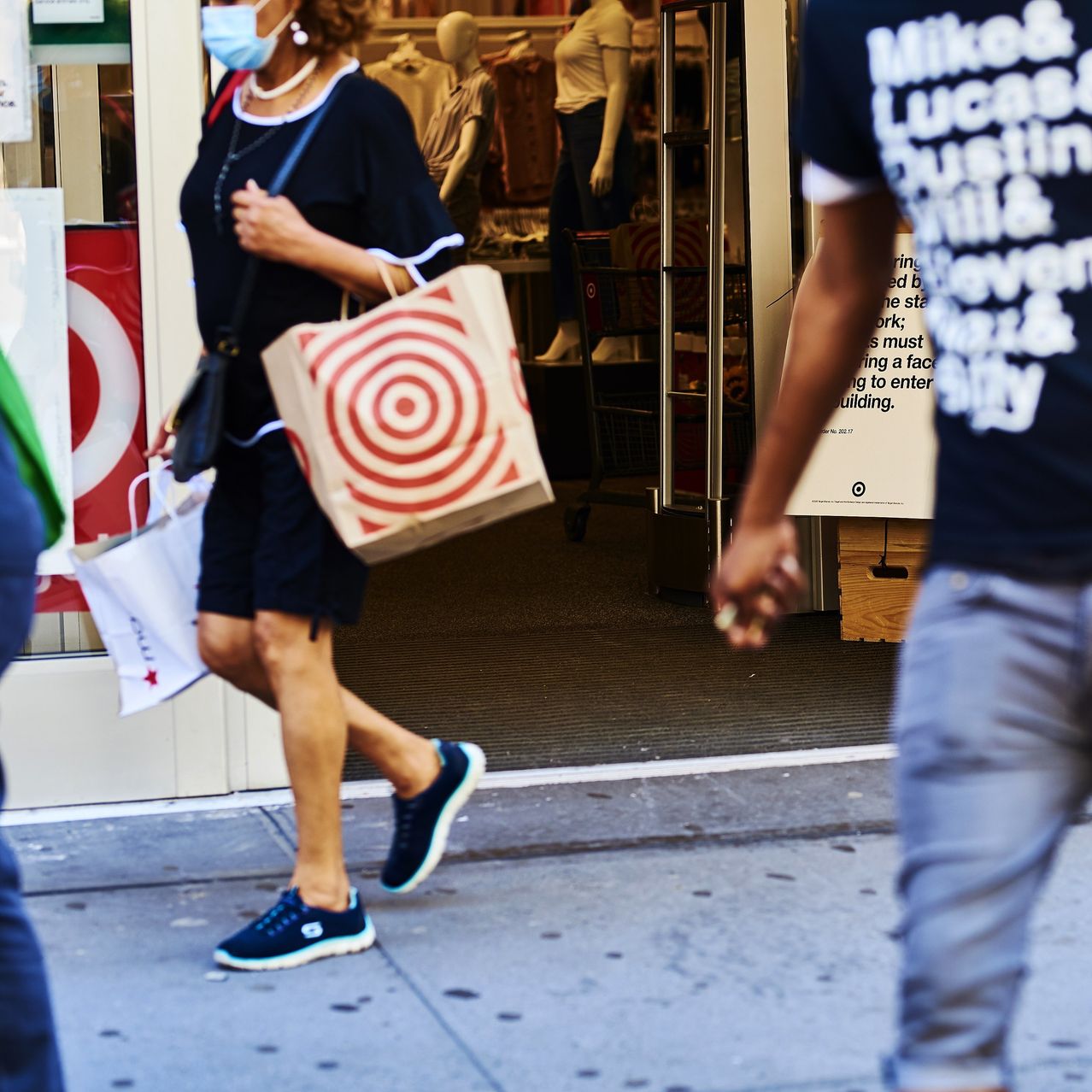 Heard on the Street

Apparel’s Next Hot Destination Could Be Target or Walmart

How Coronavirus Changed the Retail Landscape

At Calvin Klein and Tommy Hilfiger, a New CEO Adapts to How We Shop Now

Levi’s, Hilfiger Push a New Kind of Online Shopping. It Looks a Lot Like QVC.

Heard on the Street

Extended Holiday Season Is No Gift for Retailers

In most years, shippers would be able to rely on other carriers. But most have been turning away business far earlier than normal. DHL stopped taking on new customers at the beginning of August, as opposed to its normal schedule of waiting until October, a spokeswoman said.

Josh Dinneen, chief commercial officer for Lasership, said the carrier, which serves the Eastern U.S., had to turn away shippers looking for help during the holidays as far back as July, as opposed to September in prior years.

One shipper, after being told that Lasership wouldn’t take their packages for November and December, replied with, “Is there any amount of money that would change that?”

“It’s a great conversation to be having,” Mr. Dinneen said. “But I can’t solve your problem this year because you came too late.”

Write to Paul Ziobro at Paul.Ziobro@wsj.com

Coronavirus Threatens to Push the Child-Care Industry Over the Edge

Why Social Media Is So Good at Polarizing Us

CEOs Start to Place Big Bets as Pandemic Grinds On