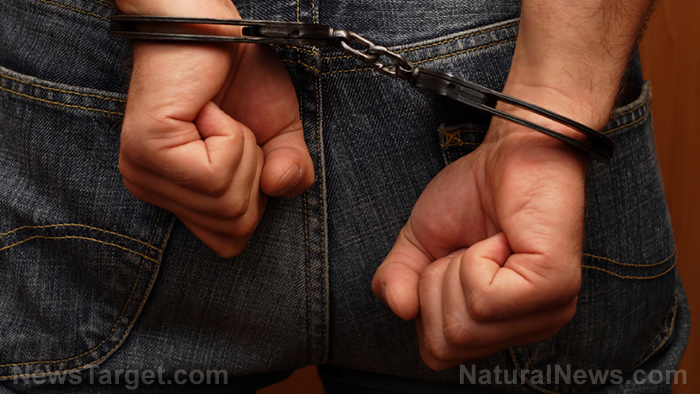 (Natural News) As cities grow, crime rates skyrocket disproportionately and outpace city size. The key to this astronomical growth lies in the greater number of people in the area, which allows people to forge new connections that fuel both business and crime.

This is the conclusion of a recent study published in the journal Physical Review E. The idea for the study was based on the observation that some types of crime appear to grow more rapidly than others as city size expands. For example, car theft and robbery outpace the population whereas rape and other solitary types of crime remain virtually constant.

“The variation among scaling relationships for crime has troubled researchers for a long time,” said lead author Vicky Yang of the Santa Fe Institute at Northwestern University.

“This work says the variations are not a bug, but a feature.”

The researchers described crimes such as robbery as “social” in nature because they mostly require team effort. Data from the Federal Bureau of Investigation’s (FBI) National Incident-Based Reporting System, which was designed to collect detailed information on crime incidents known to law enforcement, revealed that an average of 1.6 offenders are apprehended or reported for robbery while 1.5 for car theft. Meanwhile, the average for known rape cases is around one.

Crimes perpetrated in groups seem to benefit more from a bigger population. The team hypothesized that social crimes thrived in making the right connections. These are collaborators who are willing and capable of theft.

The team tested their hypothesis by creating a mathematical model that predicted the volume of crime as a function of social interactions. Results showed that the incidence of social crimes disproportionately rises with a city’s population while solitary crimes remain roughly linear. This finding is unsurprising; a bigger population provides a greater number of individual contacts, which means there’s a higher likelihood that an offender will find the right team of collaborators.

The researchers said that their model applies not only to crime; socioeconomic quantities such as innovation and productivity are also pertinent to their discussion. Previous studies demonstrated that innovation scales in a superlinear fashion with city size. Based on the present study’s model, social interactions boost the probability of finding the right collaborators either for starting a business or stealing a car.

The previous study covered traditional crime, but it’s worth noting that the internet is changing how criminals work.

“We often see rivalries form or get pushed forward in social media and we can definitely see that evolving,” said Joe Orenstein, the acting research analyst supervisor of the Baltimore PD.

In response to this digital turn, Orenstein said that they’ve shifted their strategy from the street to the screen. A group of officers and analysts were delegated to probe social media and look for crime and gang activity online.

This, hopefully, could stop a criminal offense before it happens.

Violence.news has more on the factors affecting crime.

“This Is Just The Start”: US Bankruptcies Soar 48% In May, Most Since Financial Crisis

Music To Browse By

HIV Patient Reportedly Becomes ‘First in Remission’ Without a Transplant

Here’s the True Story of the Waco Siege, and Where Its Survivors Are Now

New Normal: The Arts Amid Pandemic

I’m a Nurse Who Hasn’t Been Sick in Years. Coronavirus Almost Killed Me

Reciprocity Can Cure Our Ills with China

A Blessing for You