The Queen started a royal tradition of using an Essie nail varnish which costs only £7.99 in 1989. Since then, she has let the three royal brides in on the wedding tip with all three showcasing the light pink varnish. Despite her royal status, the monarch has other frugal habits to help save money. But the Queen has very strict rules for royal weddings, with her having the final say on the brides wedding dress.

They claim the Queen’s hairdresser requested a specific “no-nail polish” in 1989, starting her love for the varnish.

The monarch famously hates garish nail polish colours, and refuses to wear anything else. 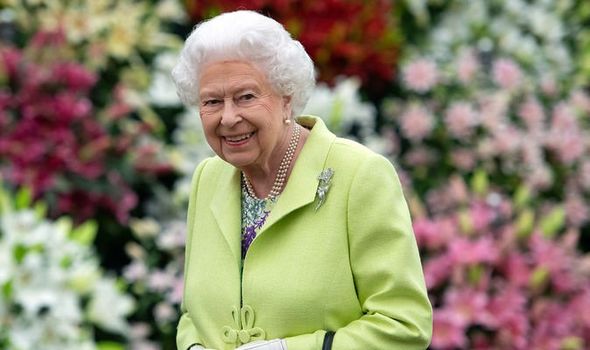 Since the Queen adopted the Essie varnish as a staple of her outfit, she has shared it with royal brides as a tip for their weddings.

Kate was the first royal other than the monarch to debut the look for her wedding with Prince William in 2011.

Meghan also showcased the varnish at her wedding to Prince Harry in 2018.

And most recently Eugenie has shown off the bargain polish at her wedding to Jack Brooksbank also in 2018.

In 2017, a spokesperson for Essie thanked the royals for their love of the Ballet Slippers polish.

They said: “We’re incredibly proud that the Queen and Kate Middleton have enjoyed our products over the years.

“At Essie we strive to create beautiful, professional colours that appeal to every woman for every occasion.

“‘Ballet Slippers’ is by far one of our most popular shades, and it’s great to see it has a loyal following amongst all.”

DON’T MISS
Prince Philip fury: Sarah Ferguson back in Queen’s ‘good graces’ [REVEAL]
Prince William’s ’emotional’ project is setting him up to be King [COMMENT]
Royal POLL: Should Queen have worn a face covering to set an example? [SURVEY]

While the Queen shared her nail polish with the royal brides, she is strict on royal protocol and dictates the bride’s outfits.

Robert Lacy reported a clash between the monarch and Harry over Meghan wanting to choose her own tiara in his book Brothers At Arms.

The Duke reportedly told the Queen “what Meghan wants, Meghan gets”, which incensed the monarch as she traditionally chooses the headpiece for royal brides.

She is said to have replied: “Meghan cannot have whatever she wants. She gets the tiara that she’s given by me.”

Queen Elizabeth II news: It has become a royal tradition to use the polish at weddings (Image: EXPRESS)

The £7.99 is just one of many frugal choices the monarch takes to keep costs low.

He said: “Her Majesty is continuing to get good use from the bedspreads she rescued from the former Royal Yacht Britannia when the ship was decommissioned in 1997.”

Ms Williams said the Queen would “smooth them out to be saved” for regifting.

Kieran McAnulty: winning Wairarapa 'the greatest moment of my life'

Huckabee advises Trump to not focus on Hunter Biden during debate

Chicago Mayor: “Residents… Wrong” To Defend Themselves From Violent Mob

Revealed: How the UK’s agriculture sector relies on modern slavery

California Governor Newsom and Kamala Trespass For A Photo-Op

Biden calls for protective face masks to be made mandatory

Officials call for investigation into hanging death of black man