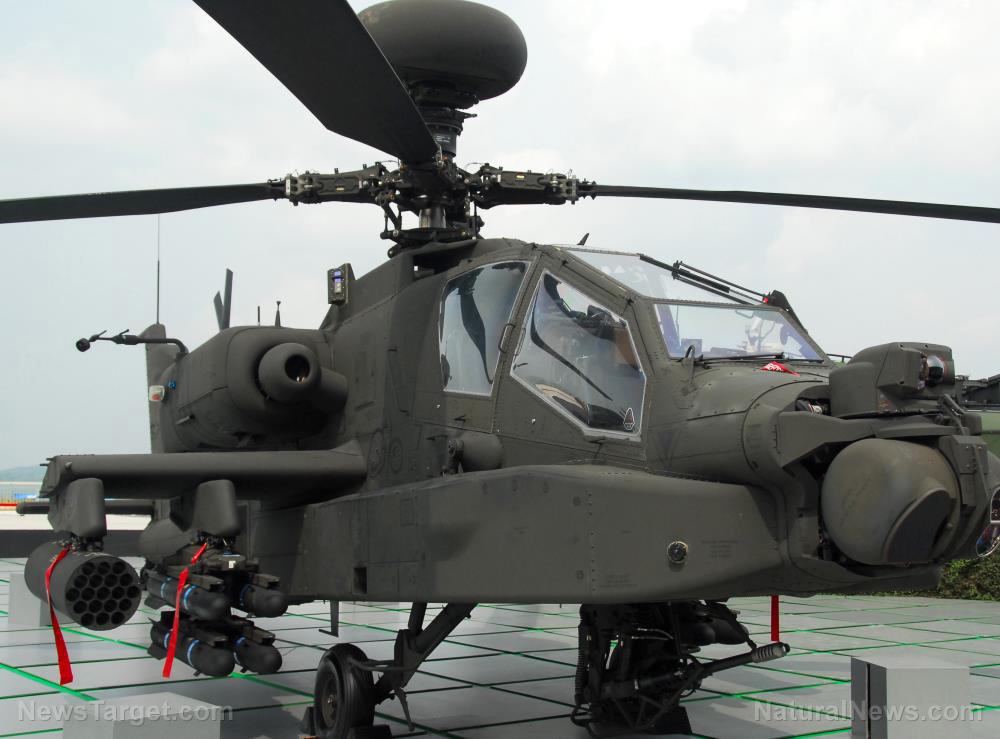 (Natural News) Ever since far-Left Democrats took over the state of Virginia, it’s become a model of authoritarianism and anti-constitutional government.

In a Freedom of Information Act filing last week, a nonpartisan legal group, the Rutherford Institute, requested that the Virginia State Police provide information regarding its aerial surveillance program which is ostensibly aimed at marijuana cultivation.

In addition, the legal group is requesting information about exactly where the surveillance is occurring as well as copies of policies guiding the aerial surveillance program.

Also, the institute wants the Virginia State Police to provide relevant data on the equipment used on its aircraft — planes and helicopters — including high-resolution and/or telescopic cameras and lenses or any other technology that provides visual enhancement.

“While the Fourth Amendment allows law enforcement to conduct naked-eye observations of private property during ordinary flyovers, the Constitution forbids unusually low flyovers or the use of high-tech, sight-enhancing equipment for aerial searches,” Rutherford explained, noting that the organization has received several complaints about the flights.

John W. Whitehead, president of the organization, noted, “Incredibly, merely growing a vegetable garden on your own property, or in a greenhouse on your property, could get you flagged by these aerial and ground surveillance teams for a drug raid by a SWAT team.”

He added that the “sweeps, which have become regular occurrences across the country, are part of a multi-million dollar government program that sends local police, state police and the Army National Guard along with expensive military helicopters — out on exploratory sorties in order to uncover marijuana growing operations, even in states where it’s legal to grow marijuana.”

In fact, National Guard air assets have been utilized in counter-drug operations for decades, so the issue of potentially improper surveillance is certainly not new — nor is this the first time the Rutherford Institute has been involved.

The organization defended a 54-year-old Virginia resident in 2012 following a SWAT-like raid that was aided, in part, by military surveillance. The team reportedly acted without a search warrant and only allegedly found two pot stalks growing among weeds on a 39-acre property.

As for recent times, Rutherford, in a statement, said privacy complaints have grown dramatically in recent weeks.

“Residents reported helicopters at unusually low altitudes over their property and hovering for extended periods of time for the apparent purpose of observing conditions and activities on the ground,” the institute said. (Related: The huge MISTAKE Virginia’s Democrats are making about gun control.)

“One property owner reported that not long after aircraft began buzzing her rural property for several minutes, a convoy of law enforcement vehicles rolled up to her house to examine the plants she was growing. When the police found nothing illegal, they complimented her on the condition of her tomatoes and left,” the group added.

“In late August, a joint operation of the VSP and county sheriff’s office made a seizure of marijuana after a helicopter was used to spot marijuana plants growing on property in Greene County,” it said.

The Supreme Court has ruled that police and National Guard air assets can observe conditions on the ground from an aircraft, but they are required to fly at ordinary altitudes. Also, according to WND, the aircraft “may not use sophisticated equipment that enhance the ability of airborne personnel to identify objects on the ground” — a supposed requirement that seems to be violated constantly by police helicopters that feature, among other things, infrared cameras.

In any event, it’s getting to the point in Virginia where privacy and gun rights are soon to become a thing of the past unless the nation’s highest court steps in to defend them against big government encroachment.

U.S. President Trump to resume coronavirus briefings as cases continue to spike in some states

WARNING: A New Pandemic Virus Has Been Found! China Issues A Warning

Hanging with the Silenced Majority in Covid Country

Why can't California keep up with its energy needs?

I’m out of the box here, but, NO LIVES MATTER

The Growing Role Of IoT In COVID-19 Response

Freezer Aisle FAVORITES from the GARDEN!!!