Originally published on The Good Men Project on 2020 08 08 by Warren Blumenfeld https://goodmenproject.com/featured-content/the-dangers-of-voting-for-a-third-party-candidate-or-by-not-voting/ 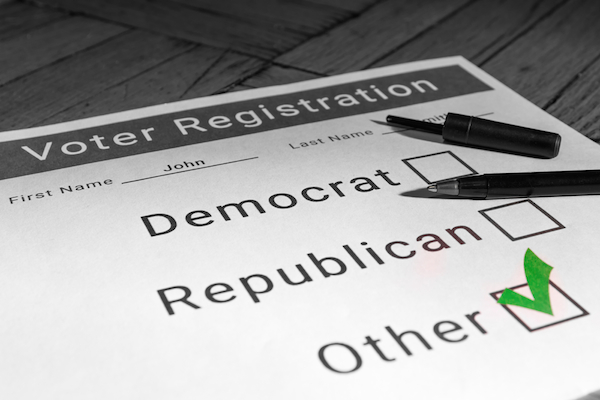 On my Facebook page, one of my “friends” wrote:

Neither Biden nor Trump is an acceptable candidate. We need to coalesce around a third party. Any suggestions?

After thinking about this for a short time, these words brought me back to the 1968 presidential election.

I turned 21 in May 1968, and, therefore, I was authorized to vote for the first time since back then, the legal voting age was 21. However, at the age of 18, I, my friends, and classmates were old enough to be eligible to fight and die in Vietnam: a War I actively protested and worked vigorously to bring to an end.

Many like myself viewed the War as a blatantly criminal, illegal, and unjustified invasion and occupation that brought misery and death to our military and to the people of Vietnam in the North and the South.

As an undergraduate student at San José State University until 1969, I joined the Students for a Democratic Society to oppose the War. I helped organize demonstrations, attended and led study groups and sit-ins, while I also worked to improve conditions in student off-campus housing. I also joined in activities to challenge racism on our campus.

Though I became involved in my Young Democrats group in High School in 1964 and ran and was elected Secretary of our group named after then Vice President of the United States, Hubert H. Humphrey, my deep political education took off in college. Looking back, I remember much more what I learned outside the classroom than in my courses, for those were truly exciting and terrifying times of war, riots, and political assassinations.

While we lauded President Lyndon B. Johnson on his courageous leadership in the realm of his domestic policies, especially in his active and enthusiastic support for the passage of the 1964 Civil Rights Act and Voting Rights Act one year later, we saw how his military ventures had torn apart the country.

Stepping into the political void left in the progressive wing of the Democratic Party after what we saw as Humphrey’s capitulation to his administration’s disastrous hawkish military policies, a fresh and dynamic voice articulated the feelings and visions of a younger generation of concerned activists.

Senator Eugene McCarthy of Minnesota courageously challenged a sitting President of his own party, and along the way, he captured our imagination, our hearts, and our minds.

Running in the first state primary in New Hampshire that year, he garnered 42% to Johnson’s 49% of the vote. Four days later, seeing that Johnson could possibly loose his small lead in the primaries, New York Senator Robert F. Kennedy threw his hat in the ring. Though I and many of my peers liked Kennedy’s politics, the timing of his entry into the primary process smelled of pure opportunism rather than courage.

And then we were all completely thunderstruck with surprise watching Johnson give a televised address on March 31, 1968, when he suddenly uttered from the Oval Office that “I shall not seek, and I will not accept, the nomination of my party for another term as your President.” Less than one month later, on April 27, Humphrey announced his candidacy.

Though I have seen instances of the Democratic Party placing its metaphoric thumb on the scales in favor of Hillary Clinton and against the candidacy of Bernie Sanders in 2016, this pales in comparison to the heavy hand that Party officials deposited on the scales to assure Hubert Humphrey’s nomination in 1968.

While my candidate, Eugene McCarthy, won by far the largest percentage of the popular vote in the Democratic general primaries (approximately 3 million or 38.7% to Humphrey’s 161 thousand or 2.1%) in a crowded field of candidates, and Humphrey didn’t even bother to enter some of the state primaries, Party officials gave Humphrey the right to carry the Democratic banner as its Presidential nominee.

It did this by awarding Humphrey the vast majority of overall delegates in the non-primary states, thereby bringing him over the top in terms of the number of delegates needed. Talk about “rigged elections”!

By the time the election came around in November, I was so angry and discouraged by the electoral political process, I decided that if I were going to maintain any sense of integrity and ethical standards, I could not and would not vote for anyone that year, even though I considered Humphrey the least reprehensible relative to Richard Nixon.

The day before election day, two friends and I drove south down Highway 1 along the beautiful California coastline. We camped and played our acoustic guitars and violin beneath tall ancient redwoods overlooking crashing waves at Big Sur. Two days later, as we returned to San José, by choice, we remained unaware of the election outcomes.

At the time, I regretted nothing for my decision to opt-out. I didn’t even feel troubled by losing all the points on the surprise pop quiz given by the professor in my Music Conducting class. My integrity remained in tack.

Well, at least that’s what I thought until I reflected on the potential consequences and then the actual realities of a Nixon presidency.

For a full five additional years, the body bags carrying the fallen continued to pile up. The people of Vietnam, combatants, and civilians alike, continued suffering the horrors of incinerated flesh and scorched fields and forests from the massive airdrops of Agent Orange from U.S. bombers, increasing the already massive profits by Dow Chemical Company and other corporations.

Race relations worsened, as did the already large gap in wages and accumulated wealth between the socioeconomic classes. Nixon’s involvement in Watergate and his eventual resignation further divided the country.

So in retrospect, I ask myself the perennial two-part question, “By failing to vote for ‘the lesser of the two evils’ in 1968, did I really maintain my sense of integrity on the micro-level, and did I serve the best interests of the country on the macro?”

Looking back now, I realize that in 1968 at the age of 21, I was functioning on a dualistic or binary cognitive developmental level. I perceived the world, people, and events as either “good” or “bad,” and pragmatism as “surrender.” Viewing both Humphrey and Nixon as “bad,” I could not honestly vote for either without surrendering my ideals and ethical standards.

Using this event as a constant touchstone in my personal history, I now understand the cosmos more in its multiplicity, its nuance, along a continuum rather than as a binary. I also often consider pragmatism not so much as surrender, but more as compromise and as a necessary give and take.

For this reason, I wrote on my Facebook “friend’s” posting that the notion of voting for a third party presidential nominee, aside from dividing the vote and primarily take away votes from the Democrats, that by doing so, we will guarantee the reelection of Donald Trump and bring the United States to an existential crisis.

For those who are considering voting for a minor third-party candidate during the 2020 elections – presidential and down-ballot — you might want to consider the model used in the 2000 presidential election between Republican George W. Bush, Democrat Al Gore, and Green Party candidate, Ralph Nader.

That year many progressives wanted to vote for their preferred candidate, Nader, and, thereby, maintain their political values. On the other hand, many feared that by voting for Nader, people would in essence be casting their lot with Bush since Nader had as much chance of rising to the presidency as any individual does when purchasing a single ticket and winning a national Mega Bucks lottery.

At it turned out, Bush was chosen by the Supreme Court as the vote was so close, particularly in Florida, though Gore won the overall popular vote.

I often wonder how history would have been different if Gore had won: would we have invaded Iraq, what turned out as a misguided and disastrous venture that resulted in the death of over 4,000 U.S. military personnel and severe injuries to thousands more, and the expenditure of trillions of tax dollars wasted needlessly. And the deaths and injuries to literally hundreds of thousands of Iraqis, plus the political destabilization of the entire Middle East giving rise to radical terrorist groups.

At home under the Bush administration, we witnessed a gradual loosening of governmental regulations on Wall Street and the housing industry, which set the stage for the biggest downturn in domestic and international economies since the Great Depression.

So I ask those who voted for Ralph Nader, did you really walk away with your integrity intact? Did your vote serve the best interests of the country?

In this crucial election year, for those who are considering not voting because you either don’t believe your vote will matter or because your candidates don’t conform to your idea of a “perfect” political leader, think again!

These very rationales by a mere total of 80,000 people in three states – Wisconsin, Michigan, and Pennsylvania – has brought our nation to crisis under the Trump administration.

For me and millions of others, today is Mourning in America, not the dawn of a bright new day, but a day of grief, pain, and righteous outrage!

For anyone thinking of not voting or voting for a third-party candidate this year, I would simply repeat what Sarah Silverman said to the lost Bernie Sanders campaign supporters at the Democratic Presidential Convention in 2016 who promised they would not vote for Hillary Clinton: “You’re being ridiculous!”

If you believe in the work we are doing here at The Good Men Project and want a deeper connection with our community, please join us as a Premium Member, today.

All Premium Members get to view The Good Men Project with NO ADS. Need more info? A complete list of benefits is here.

The post The Dangers of Voting for a Third Party Candidate or By Not Voting appeared first on The Good Men Project.

Cardi B slams Candace Owens: ‘I’m not getting pimped out by White men’

A Surprise Comet Is Coming to Put on a Spectacular Sky Show — and It Won’t Be Visible Again for Over 6,000 Years

Kamala Harris On Support For BLM Riots: ‘They’re Not Gonna Stop,’ Warns Everyone To ‘Beware’ (Video)

Pelosi Stonewalls Bill That Would Crack Down on Chinese Influence in U.S.

‘Godzilla’ dust storm arrives in US: See photos of the largest Saharan dust cloud in 50 years