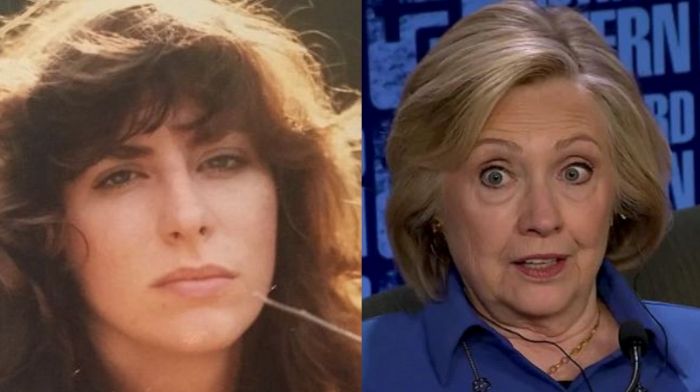 Tara Reade, who is the woman accusing Democratic presidential frontrunner Joe Biden of sexual assault, has just spoken out to blast failed presidential candidate Hillary Clinton for endorsing him today.

“I voted for Hillary Clinton in 2016. I voted for her in the primary. I’m a lifelong Democrat. But yet, what I see now is someone enabling a sexual predator and it was my former boss, Joe Biden, who raped me,” Reade told Fox News immediately after the endorsement came in. “Hillary Clinton has a history of enabling powerful men to cover up their sexual predatory behaviors and their inappropriate sexual misconduct. We don’t need that for this country. We don’t need that for our new generation coming up that wants institutional rape culture to change.”

“I will not be smeared, dismissed or ignored. I stand in truth and I will keep speaking out,” she added.

Clinton endorsed Biden during a virtual Town Hall on Tuesday despite the fact that she has previously called for the public to believe all women who claim they have been sexually assaulted.

“Joe Biden has been preparing for this moment his entire life,” Clinton said. “And for me, this is a moment that we need a leader, a president like Joe Biden.”

A little hint about who the surprise guest will be for @JoeBiden‘s 3pm ET town hall today:

Reade claims that she was sexually assaulted by Biden back in 1993 while working as a staffer in his office. Multiple people have come forward to corroborate her claims, and a 1993 clip from “The Larry King Show” has surfaced in which a woman who was allegedly Reade’s mother called in anonymously to discuss her daughter’s “problems” with a “prominent senator.”

Reade is now calling for the University of Delaware to unseal documents from the time that Biden was senator, claiming that they might include her formal sexual harassment complaint. “I’m calling for the release of the documents being held by the University of Delaware that contain Biden’s staff personnel records because I believe it will have my complaint form, as well as my separation letter and other documents,” Reade said on Tuesday. “Maybe if other staffers that have tried to file complaints would come to light— why are they under seal? And why won’t they be released to the public?”

This shows once again that Clinton is a blatant hypocrite, especially when it comes to sexual assault. She’s never cared about victims of powerful men like Biden, and instead only cares about obtaining power for herself. This is the real Hillary Clinton, and Americans everywhere should remember that the next time she tries to portray herself as a warrior for women.

Tara Reade and why the #MeToo movement died