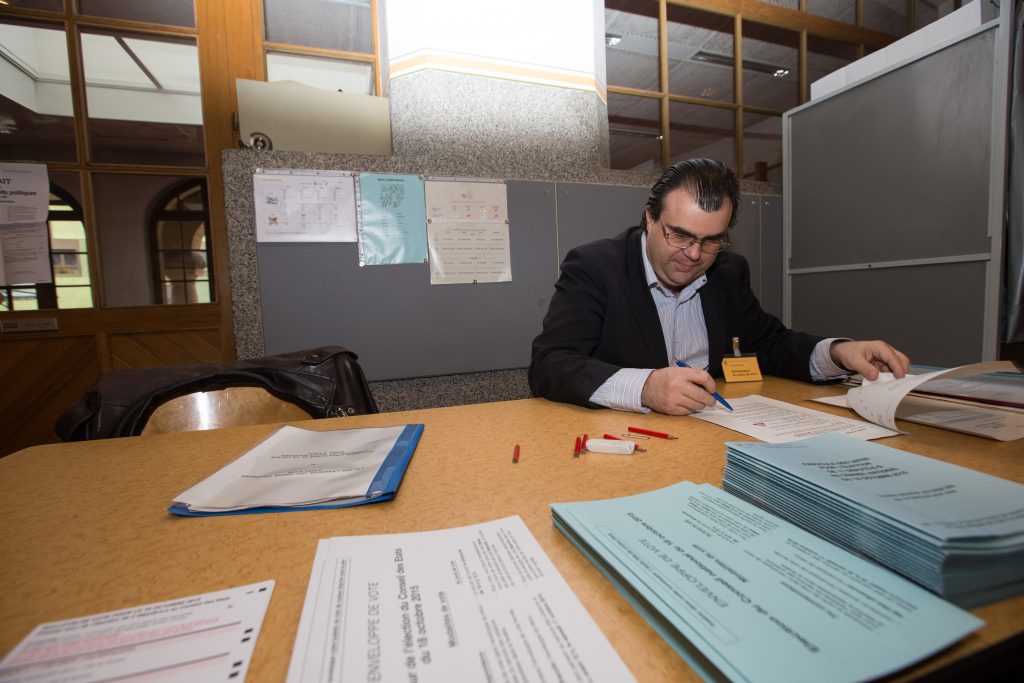 Switzerland decisively rejected any restriction on the influx of immigrants in a recent referendum. The referendum comes with the advance of the right-wing conservative Swiss People’s Party (Schweizerische Volkspartei or SVP), which also sought to terminate individuals’ free movement within the European Union. Both SVP measures failed in Sunday’s vote.

What Happened in the Swiss Referendum?

According to the final result, 61.7 percent of participants in the referendum voted against the SVP’s plan. The SVP had argued that the influx of too many people reduces prosperity while also being too expensive for the country’s social welfare system. Since 1990, the population of Switzerland has increased by around 25 percent to 8.6 million.

The SVP had started the so-called limitation initiative, which demanded that Bern severely curbs migration to Switzerland. The bill “For moderate immigration” stipulated that the government in Bern ought to negotiate the end of free movement with the European Union within one calendar year. If this did not succeed, the government would have had to unilaterally terminate the freedom of movement within a further 30 days. As a result of the defeat of this motion, EU nationals can continue to move to Switzerland without significant restrictions.

An End to Free Movement Would Have Damaged Swiss Economy

An end to the agreement would also have ended the free movement of the Swiss within the EU. Above all, however, it would have jeopardized the Swiss economy’s direct access to the European internal market. However, global corporations such as the pharmaceutical companies Roche and Novartis, the food producer Nestle or the major banks UBS and Credit Suisse rely on foreign workers. In addition, the EU is the most important trading partner of the export-focused nation.

The SVP routinely denounces mass immigration into Switzerland. It argues that too many people reduce the citizens’ prosperity and security and are too expensive for social services. They argue that the large number of immigrants had led to increased unemployment and polluted the environment and infrastructure.

Since 1990, Switzerland’s population has increased by around a quarter to 8.6 million, including more than 2.1 million foreigners. Almost 1.5 million of them come from an EU country, from Great Britain, Norway, Iceland or Liechtenstein. In addition, there are hundreds of thousands of people who commute to work in Switzerland every day from other EU countries.

In contrast, the government, parliament, the other parties, employers’ associations, and the trade unions reject the requested termination of persons’ free movement with the EU. The economic impact would be catastrophic and severely damage relations with the EU, they argue.

Switzerland’s Economic Relationship with the EU

The Swiss Confederation and the EU negotiated a package of seven bilateral agreements in the 1990s which the Swiss accepted by a large majority in a vote in 2000. The agreements provided Swiss companies access to the EU market. An agreement includes the free movement of people. In principle, Swiss citizens can live, work, and study in the EU. In return, citizens of EU countries can live, work, and study in Switzerland. If Switzerland were to terminate the agreement on persons’ free movement, the other six agreements would also automatically expire.

The weekend results are likely to bring new momentum to the lengthy cooperation negotiations between Switzerland and the European Union. The EU seeks to put all bilateral agreements under a framework agreement. This is also intended to weaken some of the privileges previously negotiated by Switzerland. If it refuses, Brussels threatens disadvantages for Switzerland. As a warning, it has already suspended recognition for the Zurich Stock Exchange and the Swiss government is calling for improvements to the proposal from Brussels.

Body of suspected asylum seeker found on beach near Calais

Linda Ronstadt: Trump the 'New Hitler' and 'Mexicans Are the New Jews'

L.A. County Transfers up to $14 Million from Cops to Illegal Migrants

John Miano: How illegal immigration is being wrongly normalized