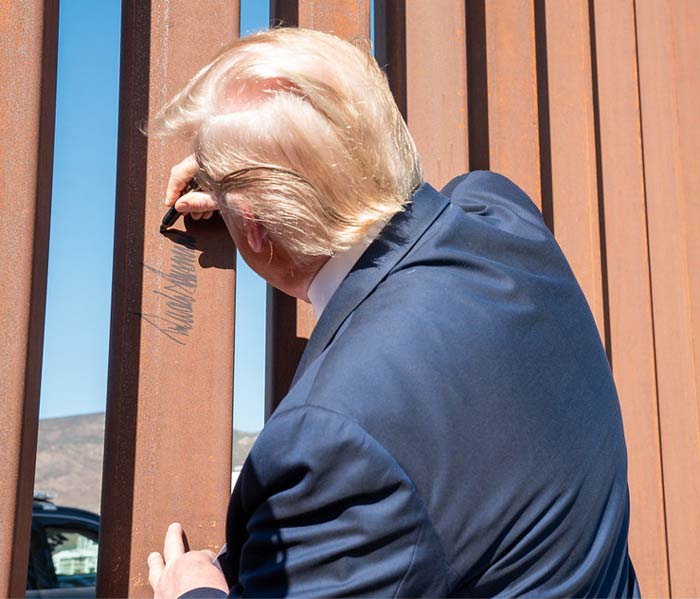 The Supreme Court handed President Trump another victory on his signature immigration agenda Friday, refusing by a 5-4 vote to temporarily block construction of a wall at the southern border with Mexico.

Groups like the Sierra Club and the American Civil Liberties Union had asked the court for a temporary stoppage of construction while they argue their case that the administration illegally transferred $2.5 billion in funding to the project from the Pentagon. But led by its conservative bloc, the high court refused the request.

The four liberal justices dissented, suggesting construction could be far advanced before the legal issues were settled. In all, the Trump administration has completed about 240 miles of wall construction and reconstruction. In the latest phase, about 92 miles of a 129-mile section of wall the administration is seeking to build as a replacement for fencing is already complete as Trump rushes to complete one of his signature campaign promises from 2016. more

Libyan strongman vows to form own govt. in breach of UN unity pact

Pyongyang says no need for more talks with U.S.

Our BEST GARDEN Ever and It’s Just Getting Started!

Rasmussen Poll: Only 2 in 10 Support “Defund the Police”

Week 7 of the Collapse of the U.S. Labor Market

If You Found That ‘Plandemic’ Video Convincing, Read This Too