The Chancellor is hoping to fast-track proposals to create up to 10 “freeports” in order to level-up the UK economy and attract investors once Britain has left the shackles of the European Union. Under the scheme, designated towns and cities would be granted special status and be exempt from expensive import duties and tariffs.

The proposals had been due to be announced in the spring but are now set to be confirmed in the November budget, The Sun reports.

Freeports are considered outside the country for customs purposes and therefore goods will not incur import tax or VAT until they enter the rest of the economy.

The scheme is only possible once the UK leaves the EU customs union as Brussels does not allow member states to set its own tariff or customs duties.

The proposal is already hugely successful in the US and it is hoped it can revitalise domestic manufacturing and attract international firms to areas outside of major cities. 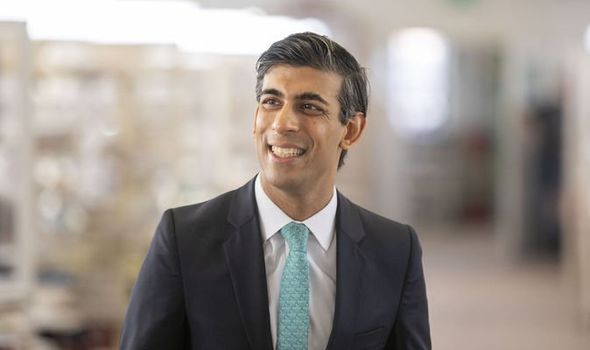 Rishi Sunak is reportedly hoping to create freeports within the UK (Image: PA)

As part of the Tories “levelling up” pledge, the chosen areas would also be set to benefit from lower business rates, a cut to stamp duty and extra capital allowances.

The idea of freeports had been proposed to come into force from April 2022 – 16 months after the end of the transition period.

But as trade talks remain on the brink and the prospect of no deal surges, the Treasury is reportedly accelerating the bidding process for towns and cities in order to be operational by next year.

Mr Sunak first put forward the idea in 2016 in a paper for the Centre for Policy Studies – a free-market think-tank.

Britain will formally leave the EU on December 31 (Image: PA)

In the report authored by Mr Sunak, he explained UK ports already account for 96 percent of all trade volume and 75 percent of trade value.

Then a backbench MP, Mr Sunak added the scheme could create more than 86,000 jobs in the UK – which could be crucial in rebuilding the UK economy following the coronavirus pandemic.

Across 135 countries there are also more than 3,500 Free Trade Zones that employ 66 million people

He also explained the scheme is already “flourishing” around the world and would reconnect the UK with its maritime past.

He said: “Upon leaving the EU, Britain will find itself with more opportunities for economic innovation than at any time in almost 50 years.

A timeline of Brexit talks between the UK and EU (Image: EXPRESS)

“As the date of our departure draws closer, it will be the responsibility of Government to ensure Britain is not timid in seizing those opportunities.

“Foreign Trade Zones are flourishing all around the world – except in the EU.

“Post-Brexit they could play an important role in signalling Britain’s openness to the world, as well as reconnecting the nation with its proud maritime history.”

These are the best games for your Android phone

See the hajj — diminished, distanced by the coronavirus

A Simple Guide to Contacting Your Representatives

‘The Five’ claim executive order was a win for Trump, loss for Dems

This Will Skyrocket Real Estate | And How To Participate

Raptors go down fighting in Game 7, a disappointing end to a fine season

Hilarious Video of Black Republicans Laughing at BLM Protest With No Black People: “This is foolishness”