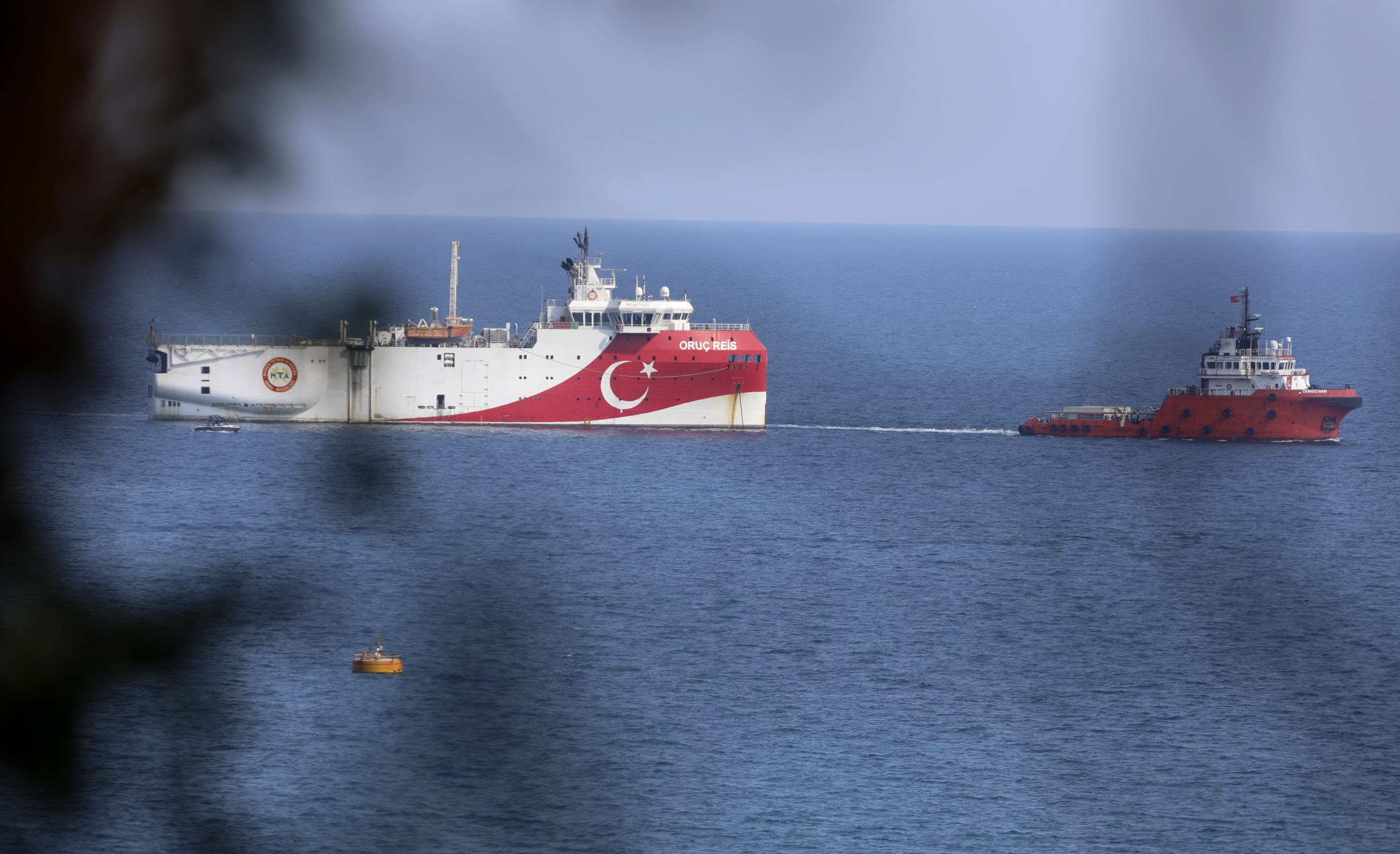 The Turkish Research Vessel Oruç Reis returned to the port of Antalya, on September 13, ending more than a month of seismic research activity across the Mediterranean and within the Greek maritime zones.

Even though the rationale behind this move has not yet been fully defined, several commentators rushed to assess that this could be a decisive step for the much-anticipated deescalation in the Eastern Mediterranean.

The Multi-Purpose Research Vessel Oruç Reis, is one of the landmark research ships owned by the Turkish General Directorate Of Mineral Research And Explorations. Over the last few months, the controversial research activity of the vessel has monopolized the attention in the Greek, Turkish and international media.

Tension started rising on July 21, when the Antalya Navtex Station issued a warning for seismic research, covering a part of the Greek continental shelf; an area where Turkey unilaterally is not recognizing any Greek sovereign rights at all. The planned activities have been cancelled after behind-the-scenes negotiations among Germany, Greece and Turkey, temporarily slowing the regional friction.

However shortly after the Greek-Egyptian deal over the Exclusive Economic Zones (EEZ) of the two countries, Ankara replied with a new NAVTEX and Oruç Reis entered the Greek Maritime Zones on August 10, 2020. With consecutive NAVTEX warnings the Turkish vessel has been conducting research in the aforementioned area for just over a month, officially ending its activity on September 13.

All this time Oruç Reis was accompanied by the ships Cengiz Han and Ataman of the Turkish Navy. When the crisis started in August, Greek officials wrongfully focused on trying to persuade the public that the Turkish vessel was just sailing in the Greek zones, rather than actually conducting research. This purposeless move aimed to manage the domestic political reaction in Greece and enhance the international standing of the country.

Once the news about the Turkish planned return of the Oruç Reis to the port of Antalya was publicized, the Greek Government swiftly welcomed it.

A Doubtful Gesture of Goodwill and the Greek Reaction

Greek Prime Minister Kyriakos Mitsotakis held a Press Conference on September 13, as a part of the well-known Thessaloniki Helexpo Forum in Northern Greece. The Greek PM made numerous important announcements for the Greek Defense and Foreign Policy; the strong French-Greek  partnership in the fields of Defense and Security has been officially confirmed with the Prime Minster announcing that the Mirage-2000 aircraft will be gradually replaced by the novel Rafale Jets by 2022.

He further stated that the Greek Defense expenditure has been reduced during the years of the long financial crisis that hit the country and steps will be taken to reverse this situation, however Athens is not willing to enter an arms race with its neighbors, repeating major mistakes of the past.

The exodus of Oruç Reis has been perceived in Greece as a positive first step and Kyriakos Mitsotakis announced that he is ready to start a dialogue with President Erdogan, given that no further provocative moves will take place. The Greek Prime Minister clarified that if Turkey shows signs of cooperation, Athens will be the first to enter the negotiation process.

However, the Turkish Foreign Minister Mevlüt Çavuşoğlu clarified in an interview for the Turkish NTV media network, that the ship would be only taken for maintenance, implying that a potential return of Oruç Reis in the Greek continental shelf is possible. In another interview for the Anadolu Agency, the Turkish Defence Minister, Hulusi Akar, highlighted that the return of the research vessel by no means indicates that Ankara is willing to give up its rights in the area.

The above statements suggest that there is a quite different approach between Greece and Turkey in the level of top officials. On the one hand, Athens is struggling to find a sign of good will from Turkey and publicly points out such a development, while the Turkish officials are seeking to denounce any Greek deescalating announcements and further impede the context of negotiations.

Also Ankara has undoubtedly established a notable success with the presence of Oruç Reis in the Greek Continental Shelf for over a month; indeed, Ankara managed to create a de facto situation by directly questioning the Greek sovereign rights in the region and the lukewarm Greek reaction certainly leaves an open window for similar Turkish action in the near future.

In the meantime, Greek President Katerina Sakellaropoulou recently paid an official visit to the Greek island of Kasteorizo on Sunday, September 13; Kastelorizo is located only a couple of miles away from the Turkish mainland.

The Greek President was there to celebrate the 77th anniversary of the liberation of the island. The Kastelorizo complex has been in the epicenter of the Greek-Turkish tension of the last few months, and Hulusi Akar ceased the opportunity to unjustly criticize the Greek President’s move. Akar, publicly asked why Kastelorizo has been specifically chosen for this celebration and not any of the other Greek islands, apparently ignoring the fact that it was only this islet that has been liberated by the Hellenic Navy and the Allied Forces on September 13, 1943.

In a controversial action the Turkish Defense Minister visited the small Turkish town of Kas in Antalya Province, while the Greek President was on Kastelorizo. Kas is directly neighboring the small Greek island and Akar was accompanied by all the senior officials of the Turkish military leadership.

The latest developments show that even though the Greek side is seeking to set the ground for bilateral negotiations with its neighbors, Ankara is not willing to back down and will probably keep acting provocatively until the ideal point for the pushing through Turkish claims is reached.

Is It Time to Stop Worrying and Love the Deficit?

The Central Bank Is Finishing What They Started In 1913

Can Banks Bounce Back | The Big Conversation | Refinitiv