Asafetida (sometimes spelled Asafoetida)…A Little History! Native to Southwestern Asia. A little known spice outside of India, asafetida is the dried resin obtained from the rhizome of the giant fennel plant. Powdered asafetida has a strong odor, reminiscent of picked garlic. In most Indian cooking it is used as a flavor enhancer and once cooked releases an onion-like flavor. It is also known as devil’s dung, asant, food of the gods, jowani badian, stinking gum, hing, hengu, ingu, kayam, and ting.

Asafetida is used as a digestive aid, in food as a condiment, and in pickling. It typically works as a flavour enhancer and, used along with turmeric, is a standard component of Indian cuisine, particularly in lentil curries such as dal, sambar as well as in numerous vegetable dishes. It is sometimes used to harmonize sweet, sour, salty, and spicy components in food. Asafoetida is considered a digestive in that it reduces flatulence.

Asafetida has the strongest aroma of any spice… so much so it requires a binding agent just to make it usable! The strong smell is normal – in fact, it represents how fresh/potent it is.

If this is your first time using it, try cooking a small portion (perhaps start with 1/8 tsp) in a bit of oil to get a feel for the strength and aroma this spice provides.

All natural, fresh & premium quality spices… taste the difference in all your dishes. At Rani Foods, we comb the planet for the best ingredients, whether it be high quality coriander from Orissa, or the best Cumin from Gujrat. We go throughout the world purchasing the finest quality spices available, and fully stand behind our products. We are a 100% Family Owned and have been in the Indian food trade for over 35 years. Our goal is your happiness and health. Give our products a try, and experience the difference

No onions.. no garlic? This is the spice for you!

Have not Cooked with it before? (Look at our Video Recipe where the pictures are) 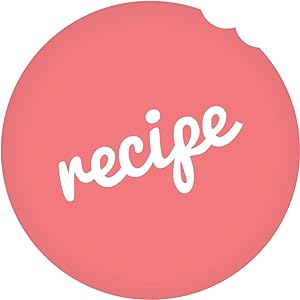 Method: Soak Toor dal for 30 min. and drain. Cook the toor dal in 3 ½ cups of hot water until soft. Add the turmeric, cumin seed, asafetida, and salt. Simmer for 5 min.

There are no reviews yet.