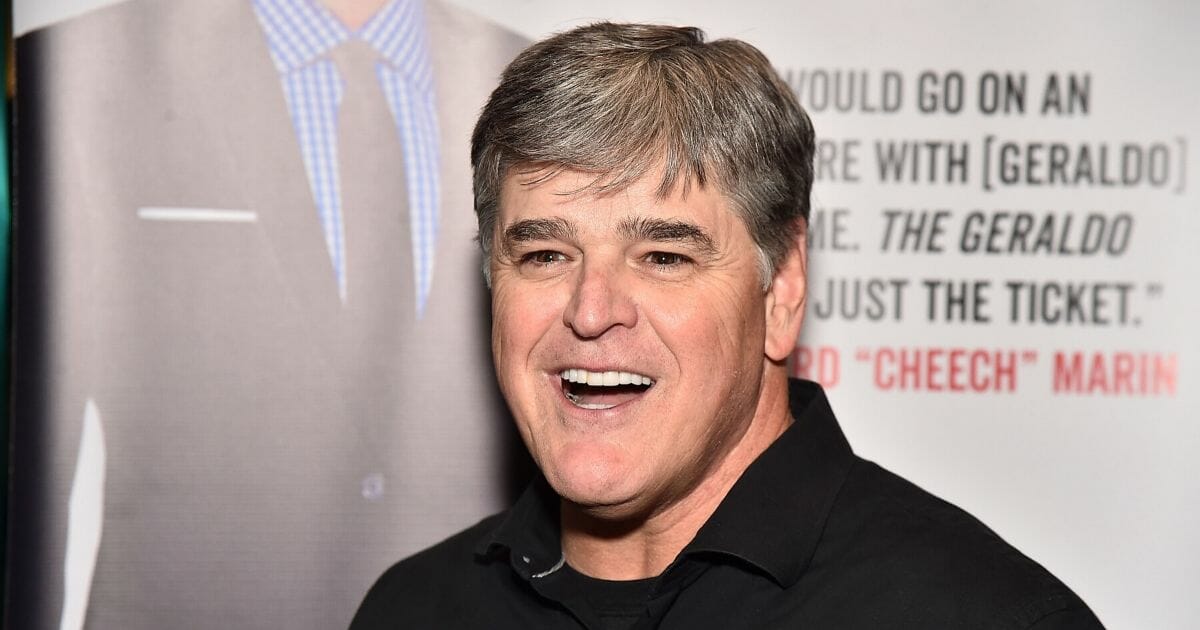 Fox News host Sean Hannity will release his first book in a decade on Aug. 4, 2020.

The book, titled “Live Free or Die: America (and the World) on the Brink,” aims “to demonstrate how the nation arrived at this moment of brinksmanship and why now is an all-hands-on-deck moment to save the Republic,” according to Fox News.

“It’s been 10 years, I didn’t want to do it, I don’t like writing books, but I have been working for quite a long time knowing this moment is coming,” Hannity said in his announcement on Tuesday.

As the host of “Hannity” on Fox News, he is the most-watched host on cable news, Fox News reported.

TRENDING: Black Veteran GOP Challenger Has a Message for Democrats Who Voted for Maxine Waters

The book was inspired by a famous Ronald Reagan quote: “Freedom is but one generation away from extinction.”

According to Hannity, Reagan’s words “have never rung truer.”

“If all you can do is vote, then vote,” the book’s website reads.

Are you going to read Hannity’s next book?

“But if you can inform people of the truth, that’s even better. And the truth is that the future of American freedom rests on Donald Trump’s reelection.”

His last book, “Conservative Victory,” was published in 2010.

“Live Free or Die: America (and the World) on the Brink” will be published by Threshold Editions, and Hannity will read the audio edition himself.

In December, CNN cited sources familiar with the matter in reporting that Hannity was working on the book.

A Fox News spokesperson denied at the time that Hannity had inked a book deal.

“For years, there has been widespread publisher interest in Sean Hannity writing another book, but only he knows what his plans are at this time,” the spokesperson told CNN Business.

“Hannity has NOT inked any book deal. While he has written three number one best-selling books, his last work was written in 2010.”

His newest book is available for pre-order from places including Amazon, Apple Books, Barnes & Noble and Audible.

We are committed to truth and accuracy in all of our journalism. Read our editorial standards.

Mexico Deports Nearly All of Its Illegal Immigrants Amid Coronavirus Fears, Government Reveals

Here’s Why the Economy Won’t Recover–and No, It’s Not Covid-19 or the Lockdown