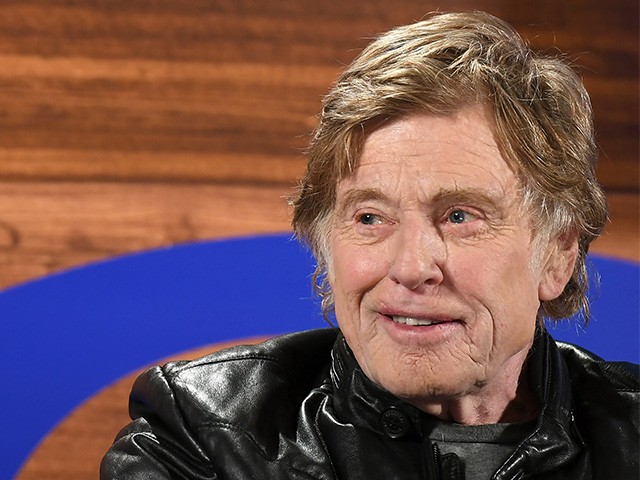 While more than 61,800 Americans have died from the Chinese coronavirus, and another 26 million have been plunged into unemployment, actor-director Robert Redford apparently sees a silver lining in how draconian, Government-ordered shelter-in-place measures can help fight climate change.

Robert Redford and his son, film director James Redford, say one of the “pleasant surprises” of the Chinese coronavirus is how lockdown measures have been a means for “potential environmental repair.”

“As many of the world’s transportation and industrial sectors have reduced operations, there has been a remarkable decline in global levels of carbon dioxide emissions,” wrote the Redfords in an op-ed published by NBC News on Thursday.

The two went on to suggest that while “the cost in life and livelihood negates any celebration,” the results of the pandemic have nonetheless given us “a very real glimpse of the potential for global environmental repair.”

Robert and James Redford also said government should step in and “protect” the people from “climate change” in a similar way they believe governments have responded to the Wuhan coronavirus. Thus, suggesting that governments respond to “climate change” with the same draconian measures that have already upended businesses, and have plunged millions of Americans into unemployment and financial devastation.

“The incremental and sporadic nature of climate change has not thus far motivated the sort of rapid response we have seen with COVID-19,” the pair pointed out, noting their dismay, adding that “inertia is unacceptable.”

The Redfords not only called on government, but also the American people to brace themselves for “the worst of the climate change curve,” in the same way one might prepare for the peak of the Wuhan coronavirus pandemic.

“We’ve been fortunate to witness the inspiring power of people doing the right thing,” they write. “Millions of Americans have willingly sheltered in place to protect their families and communities.”

The two go on to insist that the American people should also focus on promulgating stronger “narrative strategies” with regards to climate change rhetoric, adding that they will help in this endeavor by creating their own media projects relating to the subject.

“Big cultural shifts do not begin with treaties, laws and policies,” state the Redfords. “They start on the ground and in the hearts of people. It is often said that if you capture hearts, minds will follow.”

“In this way, stories and narrative strategies can be uniquely powerful,” they add. “We hope to further this goal by making and supporting film and media projects that highlight stories of good citizenship and strong leadership.”

While the Redfords ponder the ways in which they can use coronavirus-style lockdowns and messaging to further their climate change agenda, 61,881 people have died in the United States from the Chinese coronavirus as of Thursday, according to the latest data provided by Johns Hopkins University at the time of publishing.

The Seen and the Unseen of COVID-19

Italy to Reopen Some Businesses as Early as This Week

Olivia Nuzzi to Ari Fleischer over 'Vietnam' Question: 'Oh Shut the F*ck Up'

Nicole Kidman remembers moment she fell for her country music star husband Keith Urban: ‘I was a goner’

California Will No Longer Issue Permits for Rallies at the State Capitol, Effectively Banning Protests

Instead Of ‘Flattening The Curve,’ We Flattened Hospitals, Doctors, And The U.S. Health Care System