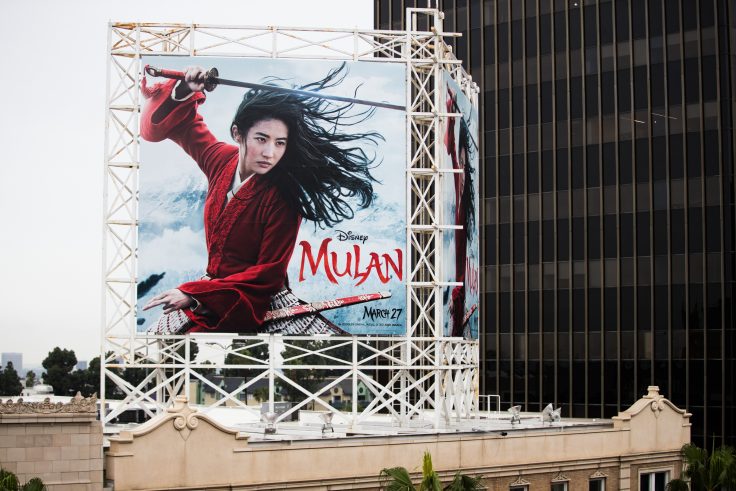 A total of 19 lawmakers—including 14 Republicans—signed an open letter Friday calling for an investigation into Disney’s filming of Mulan in China’s Xinjiang Uighur Autonomous Region (XUAR).

Addressed to Disney CEO Bob Chapek, the letter asks Disney to provide in detail the extent to which Disney cooperated with Chinese authorities, especially those reportedly complicit in the ongoing Uighur genocide in Xinjiang.

“Disney’s apparent cooperation with officials of the People’s Republic of China who are most responsible for committing atrocities—or for covering up those crimes—is profoundly disturbing,” the letter reads.

“The decision to film parts of Mulan in the XUAR, in cooperation with local security and propaganda elements, offers tacit legitimacy to these perpetrators of crimes that may warrant the designation of genocide,” it adds.

The letter goes on to request access to information from Disney about the filming, including the use of local labor and Disney executives’ knowledge regarding the ongoing Uighur genocide.

Disney CFO Christine McCarthy defended the company’s choice to film in Xinjiang but admitted that the decision has “generated a lot of issues for us.”

Liberal and conservative critics alike have called for a boycott of the film due to the accusations that Disney turned a blind eye to Chinese human-rights abuses, as well as the lead actress’s controversial comments on the Hong Kong protests. Liu Yifei has previously praised the Hong Kong police department, the same force that has led the way in the hostile takeover of democratic institutions on the island.

Sen. Josh Hawley (R., Mo.) wrote a similar letter days prior to the release of this larger effort, blasting Disney for its ignorance of Chinese Communist Party malfeasance while filming.

“Disney’s whitewashing of the ongoing Uighur genocide is contrary to all of your company’s supposed principles,” Hawley wrote. “Your decision to uncritically approve this film’s release rather than apologizing to those harmed by Disney’s actions is reprehensible. Your decision to put profit over principle, to not just ignore the CCP’s genocide and other atrocities but to aid and abet them, is an affront to American values.”

BEASTMODE: Netanyahu: Trump Holds the ‘Key to the Hearts of the People of Israel’

Canada Should Be Proactive in Uniting With Allies Against Beijing, Says MP

DoD ADMITS Directed Energy Weapons Are IN USE, Eludes To WAR

The ‘Great Crime Decline’ Is Stalled Out

Trade Deal or De-couple? Does Trump Have a Dangerous Hope? – Zooming In | The China Angle

There are no winners in US-China technology divide

Live: Take a night cruise in Karamay – how has it transformed into a smart city?