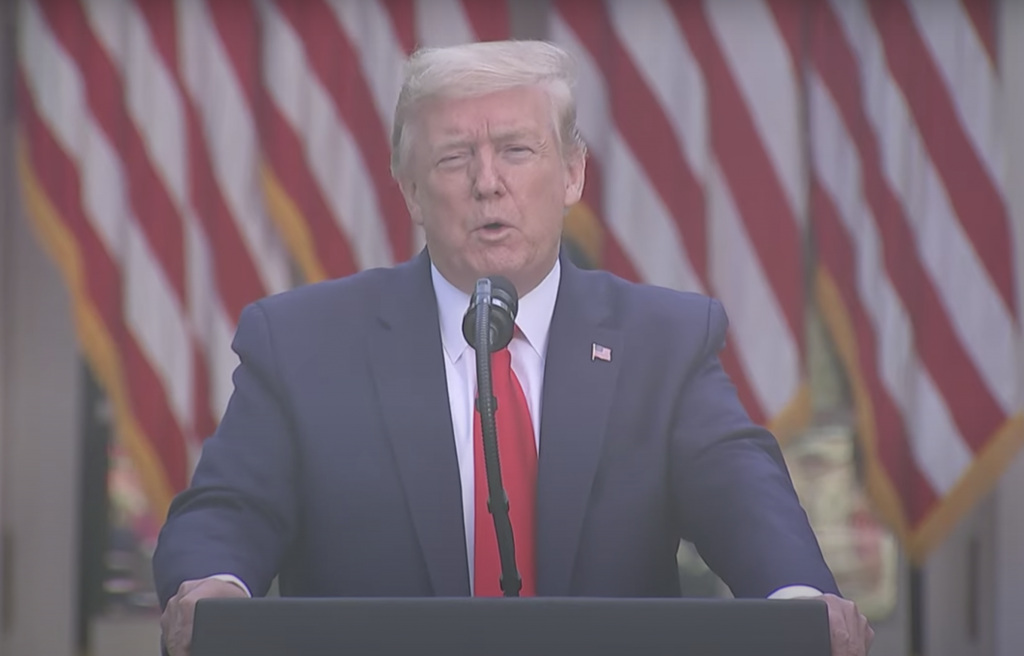 At last Friday’s daily coronavirus briefing President Trump was clearly frustrated with the press and on a very short fuse. But after taking the weekend off and jettisoning the entire concept of a detailed daily virus brief, a comms idea that had long since run its course, the president appeared for a regular presser in the Rose Garden Monday reinvigorated and with a cool and calm attitude that transcended press hijinks.

President Trump began by thanking and applauding the efforts of private sector partners in the virus fight such as LabCorp, Roche, Abbott, Walmart, Quest, CVS, Walgreens, and several others. Their ramped up ability in regards to testing is making the national reopening an approaching reality.

He then pivoted to the Chinese. Trump once more blamed them for lying to the rest of the world about the virus, both now and in the early stages. He said, “We are not happy with the Chinese” and, per Chinese actions, “the whole world is suffering because of it.” When asked by a reporter what actions the administration might take in response against the Chinese, the president demurred on a specific answer but said the matter was under serious investigation.

When the liberal press tried to bait him he deftly parried them and moved on. He did this first when a biased reporter tried to use an old quote attributed to HHS Secretary Azar against the Secretary and second, as this publication predicted, on the contrived disinfectant controversy.

He also employed canny rhetorical jujitsu when a media type tried to imply he supported conspiracy theories on inflated death rates. The president just shut them all down with a concise and serene sentence or two. The reporters were glaringly rattled he would not engage with them. Well played, sir.

Trump mentioned that Germany is asking the Chinese for $130 billion in damages and said the U.S. may do something on that score as well but did not specify a number. He said, while the second quarter would be hard, the U.S. economy should rebound very well in the third and fourth quarters. He finished with brushing off a reporter who asked an absurd question on changing the November election date.

Read more at LifeZette:
Trump invites sensible Michigan Democrat into GOP
Howard Stern calls for Trump to resign, says his supporters should take disinfectant and ‘drop dead’
Journalist from The New Yorker asks if it’s time for a military coup against Trump

[WATCH] California Docs Say Lockdown vs. Non-Lockdown ‘Did Not Produce a Statistically Different Number of Deaths’

More than 3,000 deaths from coronavirus in Brazil

WATCH: President Trump snaps at reporter who tries to corner him with false data: ‘Nobody knows who the hell you are!’

Haley Attacks FBI Over Flynn Case: ‘It Should Send A Chill Up Every American’s Spine’

WATCH: Dr. David Katz explains how the US can reopen safely and why the lockdown is dangerous