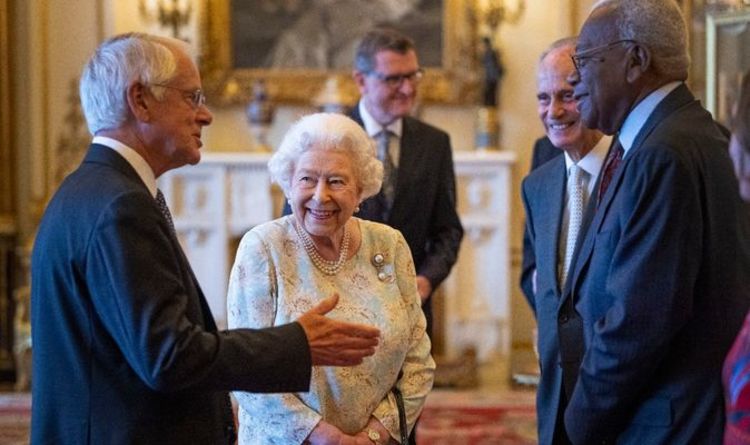 What Sir Alan proposed, in a nod to an idea first put forward in 1989, was that funds come from profits of the Crown Estate – a highly-profitable collection of lands and holdings that historically belonged to the Monarch but had been surrendered to Parliament at the start of each reign since the time of George III. Back in 1989, the then Lord Chamberlain, Lord Airlie, and the royal courtier Michael Peat, who became Prince Charles’s principal private secretary, came up with a plan to fund the Royal Household directly from the profits of the Crown Estate, thus removing the need for horse-trading over the Civil List and parliamentary rows about how much money the Government should give to the Queen. But would Margaret Thatcher’s ­government buy such a radical move?

To make the decision easier, the Treasury agreed to set up a secret working group on The Future of the Civil List. It laid out the four options: remain with the traditional funding system of an annual Parliamentary vote; revert to a previous system with a five-yearly vote; move to funding from the Crown Estate on a five-yearly basis; or option four – the preferred solution for the Royal Household and perhaps most radical – direct and long-term funding from the Crown Estate.

The high-powered committee of Whitehall officials and senior courtiers met four times in late 1989 before concluding the royal household’s preferred plan “would raise constitutional issues which ministers may wish to avoid”.

In other words, a Select Committee would have to meet to consider whether the Crown Estate could legitimately be used in this way, thus being forced to inquire into the Queen’s personal wealth and taxation.

It is not clear how Mrs Thatcher’s government reacted to the report. Official papers from the period remain heavily redacted, but at some stage in early 1990, the Palace’s radical plan was quietly shelved and the Civil List remained in place to be funded on a 10-yearly basis.

However, the final report did contain an important piece of new information about the legal status of the Crown Estate.

Contrary to widespread belief that the Queen still “owned” the land in some personal capacity, and as such had a right to reclaim its rental income if she wished, the report stated it was “not a private landed estate” in the most unequivocal terms. In other words, the money was not the Queen’s but the Treasury’s.

Fast-forward to 2010 and Sir Alan Reid’s fresh bid to radically change the system of funding the Queen and royal household.

In the event, Gordon Brown’s Cabinet thought it better to postpone such a ­politically sensitive decision until after the May 6 general election. But Labour lost and the Conservatives led by David Cameron formed a coalition government with the Liberal Democrats.

The new chancellor George Osborne was now able to attend to Sir Alan’s proposal and discussions started immediately because the deadline for the Civil List’s 10-year review was about to expire. The funding reserves were almost depleted and the royal ­household was running on empty.

In the event, Mr Osborne saw the logic of Sir Alan’s plan to link Crown Estate profits to royal finances. He was attracted by the idea of linking funding to a “sort of measure” of growth in the economy.

In other words, if the Crown Estate did well like the rest of UK plc, then the Royal Household’s funding should benefit accordingly.

However, its real appeal was that it kicked a long-standing contentious issue out of ­politics. Instead of having a Parliamentary row each time new funds had to be agreed and voted on by MPs, from now on the money would go through almost automatically without a whimper. In the words of one commentator: “It was a neat solution to try to take the heat out of a pay rise for the Queen and all the annual suffering.”

The new chancellor made sure he squared his scheme with Labour before he went public: the new Sovereign Grant would be financed by 15 percent of the profits of the Crown Estate; it would never fall below the previous year’s grant; and, if its reserves reached more than 50 per cent of expenditure, they would be deducted the following year.

The National Audit Office would be allowed to inspect the books and Royal Trustees would review whether the Crown Estate was providing the correct amount of money. It was a win-win for the Windsors since their income climbed in line with the rising Crown Estate revenues which remained well above the rate of inflation.

“[It] turned out to be a generous settlement,” acknowledged David Cameron, somewhat blithely, in his memoirs. But not everyone was happy. The former Labour Minister Chris Bryant MP argued: “At a time of austerity I feel as if my ­constituents have had to pay much more of a price than the Royal Family.”

Some now wondered whether it was ­correct to link the Queen’s pay package to the income of a property portfolio which was hardly representative of the economy as a whole. The Government believed there were ­sufficient checks in the system and, if the grant was too high, it could be corrected at the next five-yearly review.

When this date arrived in November 2016, some commentators anticipated the Royal Trustees (Theresa May, Philip Hammond and Sir Alan Reid) would lower the 15 percent figure. In fact, they went the other way and raised it to 25 percent, thus appearing to bear out the warnings of Labour MP Ian Davidson in 2011 that “the grant would be on, as it were, a golden ratchet – a bit like EU expenditure, it would always go up, and never down”.

Megachurch Pastor: Abortion ‘Is Consistent with’ Christianity and ‘I Will Fight’ to Keep it Legal

Staples Customer in NJ Throws Woman in Cane to Floor, Breaks Her Leg, Because She Asked Her to Socially Distance

NOW’S THE TIME TO PLAY OFFENSE!! BUILD THE ARK!

The pandemic reminds us of the importance of public service

Not Ashamed of the Gospel