The Queen was the first member of the Royal Family to publicly mark the birthday of Prince Harry via her official Twitter account today. The monarch’s social media staff on The Royal Family Twitter wrote: “Wishing The Duke of Sussex a very happy birthday!”

The message was accompanied by a picture showing the Duke laughing with his grandmother the Queen.

The snap was taken during a Queen’s Young Leaders reception at Buckingham Palace in 2017.

Publishing a message on social media a few seconds after the Queen, the royal couple’s office, Clarence House, tweeted: “Wishing a very happy birthday to The Duke of Sussex today!” 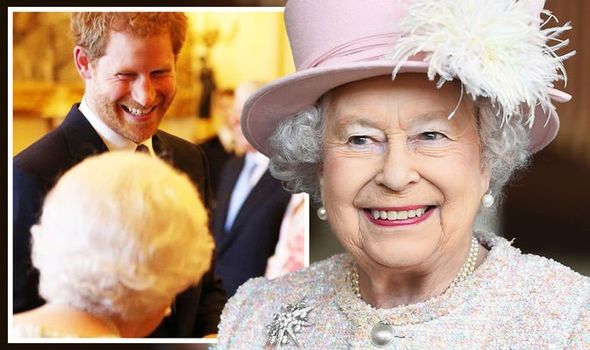 In one, the Duke of Sussex smiles during an engagement at Buckingham Palace.

In the second, he is with his elder brother Prince William and father the Prince of Wales at the first edition of the Invictus Games in 2014.

READ MORE: Prince Harry’s birthday pictures ‘remind us of what we have missed’

Prince Harry is turning 36 today and is widely believed to be spending his special day with his wife Meghan Markle and son Archie Harrison.

The family-of-three is now based in California and moved in early July in their £11.1million mansion in Montecito, Santa Barbara.

While the three will surely mark this special day for the Duke, they are unlikely to head out.

Because of the coronavirus pandemic, indoor dining is still very limited in most counties in California.

The state is also being threatened by wildfires which since August 15 have killed 24 people and destroyed 4,200 properties.

EXTREME Minimalist Living With ONLY 47 Possessions!

TikTok is now the most popular smartphone app used in the US.

More than 200 U.S. universities back lawsuit over foreign student restrictions

‘That Others May Live’: The Pararescue Units Preparing for War on Top of the World

All the Big Summer (Streaming) Blockbusters of 2020

How to Gain Confidence, Eliminate Self-Criticism and Destroy Anxiety

E-Bikes Are Having Their Moment. They Deserve It.

Chemical detected in Venus' clouds could point to life

US naval base fire extinguished but cause still unknown

Facebook Tries to Do Damage Control Regarding Project Veritas Video