However, the monarch, 94, will still spend some time with husband Prince Philip, 99, at Sandringham before heading to Windsor to continue her royal engagements. She and Philip were seen being driven away from the Balmoral estate en route to the airport, according to the Daily Mail.

Despite the end of the summer getaway upon them, the Queen and the Duke were happy enough to wave at photographers from the vehicle.

The couple will now spend around two weeks in each other’s company before the Queen gets back to work.

According to a Buckingham Palace spokesperson, the Queen will return to Windsor Castle at some point next month.

The spokesperson said: “Subject to the finalisation of the autumn programme, Her Majesty’s intention is to return to Windsor Castle in October and to resume the use of Buckingham Palace for selected audiences and engagements. 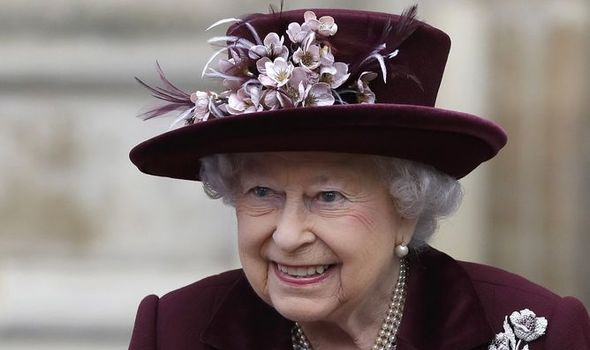 “These plans will be kept under review and will of course be subject to all relevant guidance and advice.”

This week, it was revealed Prince Philip will also be joining the Queen when she returns to Windsor for her royal duties.

The Duke would have preferred to stay at Sandringham, royal sources told The Sun.

However, there would not have been enough staff to run two ‘bubbles’ in order to keep the two royals safe.

READ: Queen Elizabeth II: Where in the world is the Queen still Head of State?

The Queen and Prince Philip have spent a long time under the same roof this year, analysts say (Image: Tim Graham / Getty)

One source added it made “far more sense” to have the Queen and Prince Philip in the same residence.

Normally, the Duke of Edinburgh lives in Sandringham while the Queen carries out her royal duties in Windsor.

The Queen and Prince Philip stayed at Balmoral for around six weeks, but the following period will see them spending even more time together.

DON’T MISS:
Queen’s financial nightmare: How public fury saw major changes to royal funding [INSIGHT]
Queen Elizabeth II to be ditched as Barbados head of state by next year [REPORT]
Meghan Markle and Prince Harry give huge donation to charity after being inspird by fans [ANALYSIS]

After Sandringham, the Queen and Prince Philip are expected to head to Windsor Castle, pictured (Image: Mark Kerrison / In Pictures / Getty)

Indeed, royal experts have suggested the couple have spent more time together through the coronavirus pandemic than usual.

Joe Little, managing editor of Majesty magazine, has said the couple have spent more time under the same roof recently than in “many years.”

Sandringham, in Norfolk, is the Queen’s country estate and has been used by British monarchs since the 19th century.

It is still often used by royals today, with Sandringham House surrounded by 60 acres of garden, according to the Sandringham Estate website.

However, these plans may be affected if the government’s new ‘rule of six’ coronavirus restrictions continue on until the end of this year.

In other royal news, the Caribbean island nation of Barbados has announced its intention to remove the Queen as its head of state by next year.

Why CBD Sales are Blooming in 2020

WHO on a mission: Job done?

TRUMP: WE MAY HAVE TO REDO ELECTION!

Taking a tea and cake break

Coronavirus: world treating symptoms, not cause of pandemics, says UN

Greyerz – This Is Going To End In Absolute Disaster

Gerald Celente – Bubble About to Burst It’s One Big Scam

Democrats Project their own Character Flaws onto Republicans

Buying A House With Silver Coins