Dame Sandra Mason, the country’s Governor-General, said in a statement the people of Barbados “want a Barbadian head of state”. Barbados claimed independence from Britain in 1966, but the Queen is still technically is head of state, or constitutional monarch.

Its plan to replace the Queen with its own sovereign head of state would make the island nation a republic.

Dame Mason continued: “The time has come to fully leave our colonial past behind.”

“This is the ultimate statement of confidence in who we are and what we are capable of achieving.”

“Hence, Barbados will take the next logical step toward full sovereignty and become a Republic by the time we celebrate our 55th Anniversary of Independence.” 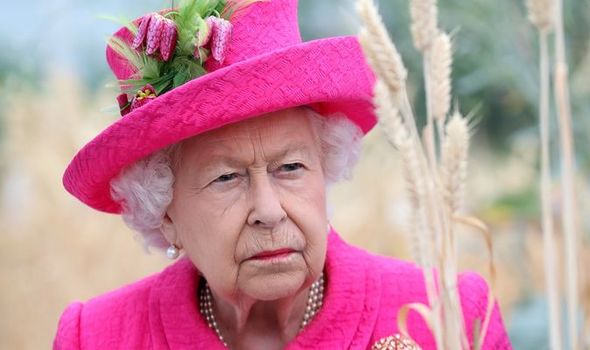 Barbados is set to remove the Queen as its head of state by next year (Image: Chris Jackson / Getty)

If the plan goes ahead, the Queen will leave her role as head of state for Barbados by November 2021.

The news may not come as a shock to some; Barbados has discussed becoming a republic for decades.

In 2003, the island nation replaced its final appeals court which was based in the London with the more local Caribbean court of justice in Trinidad.

In 2015, Freundel Stuart – Barbados’ Prime Minister at the time – said the country should transition to a “republic form of government in the very near future.”

Barbados will not be the first Caribbean nation to achieve this. Trinidad and Tobago, Dominica and Guyana have all become republics.

According to The Telegraph, Jamaica is also considering such a move.

According to the Royal Family’s official website, the Queen has a “unique relationship” with Barbados.

It states: “Her Majesty is The Queen of Barbados, completely separately from her role as Queen of the United Kingdom.”

The Queen’s role as the constitutional monarch of Barbados sees her play a ceremonial role for the island.

She is also regularly in touch with Barbados’ Governor-General, a post currently held by Sandra Mason.

The Governor-General keeps the Queen up to date with news related to the island nation.

The Queen remains head of state in seven other Caribbean nations including Grenada and the Bahamas, Royal Central reports.

British influence in the history of Barbados goes back hundreds of years to 1625.

A harbour in Bridgetown, the capital of Barbados (Image: Wolfgang Kaehler / LightRocket / Getty)

UK colonisation in Barbados can still be seen in place names such as Brighton, Cambridge, and Windsor.

According to Barbados.org, the island nation was also one of just four regular destinations visited by supersonic passenger jet Concorde.

Horowitz: European politicians blaming each other for insane lockdown idea while US politicians double down

Rare gorillas in Nigeria captured on camera with babies

. . . ‘YOU’RE CORRECT’: NBC’s ‘Meet The [Fake] Press’ Admits Their Segment On AG Barr Was Not Accurate

Free assembly vs. public safety: US mayors making it work

Is America Headed For A Roman-Style Fall?