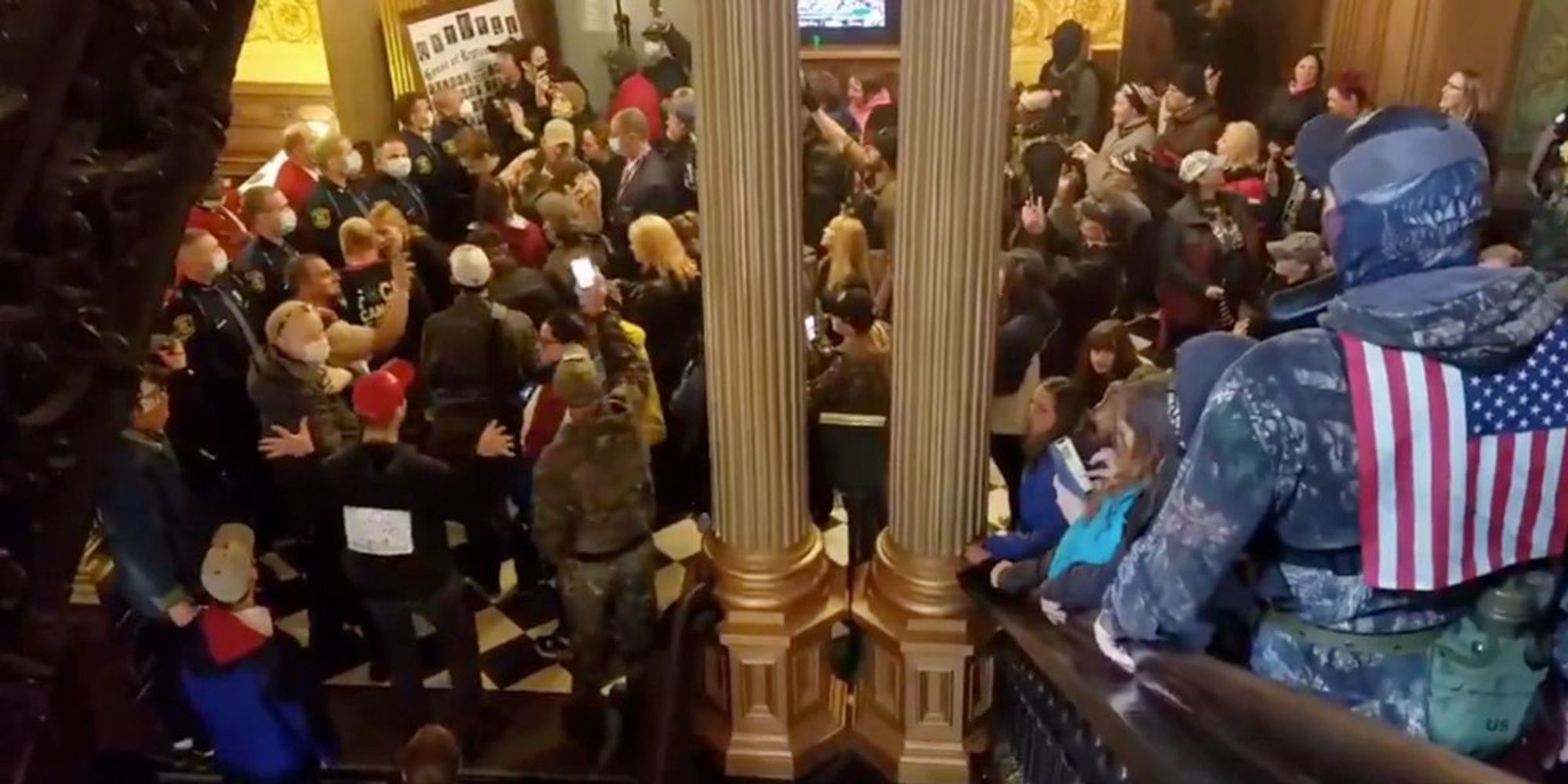 This is from an obvious anti-gun group. I don’t care, because a larger point needs to be made here. If it’s fear and intimidation for the PEOPLE to show up and protest while armed, what is it called when police offers show up to issue restraining orders or admonitions for paddle-boarding on the ocean, while armed? Think about it, don’t get back to me.

Run through government’s actions the last six weeks. Ignore COVID-19 for a second and look at the big picture. It’s a mental exercise that matters, work with me here.

Are you telling me the government hasn’t overstepped its bounds? Are you telling me putting people under house arrest for no good reason (the models are wrong y’all) and extending stay at home orders in some states despite COVID-19 being a dud, isn’t the perfect example of the exact government tyranny Second Amendment advocates have warned about?

The people should have more power than the government. That shouldn’t be a controversial statement.

Pompeo Says: US Mission in North Korea Remains Unchanged Regardless of Leadership

As Usual, The Government Is The Deadliest Plague Of All

An unprecedented number of ‘Do Not Resuscitate’ forms have been received from doctors, appear to have been carried out without consent

'The benefit outweighs any risks': Atlanta medical student, 31, who volunteered to be injected with Ebola vaccine is now a guinea pig for potentially groundbreaking COVID-19 immunization