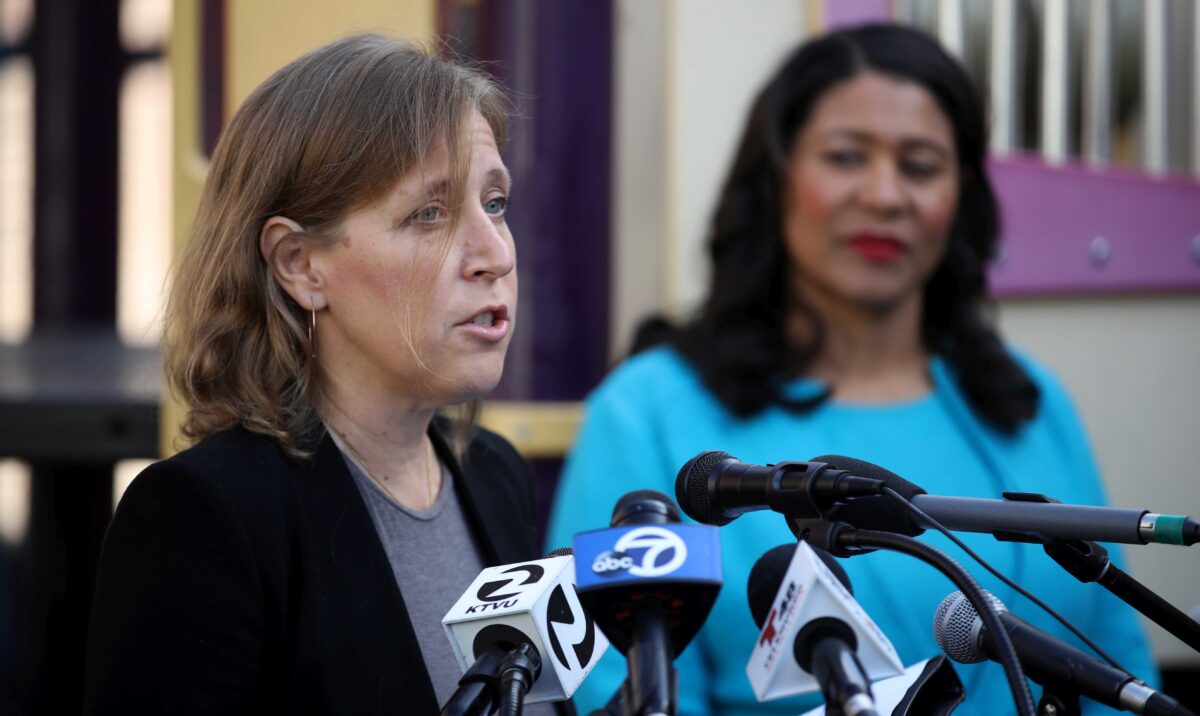 George Orwell was, as we all are, the product of his experiences. When he wrote his final book, “1984,” it was the final prophecy of what he had already seen.

His warning of the government becoming omnipotent, omniscient, and omnipresent has been well-heeded by much of the Western world. This is not to say that governments do not have too much power, do not invade our privacy, and have not grown too big. No, that’s all true, and most freedom-loving Westerners are wary of it.

The constant checks and balances between the branches of government, the fourth estate (the media), and the sovereign (the people) have helped keep eyes open on the threat of what Orwell called Big Brother.

What Orwell did not foresee, or perhaps did not think possible, was that the people themselves would become their own greatest threat—a threat made possible through the flourishing private sector of American enterprise.

Facebook. Twitter. YouTube. These have been the faces of how Americans communicate. When once we thought our voices could only be amplified when among friends or through a letter to the editor, we now find that we all have a platform. Americans have always prided themselves on their opinions. Sometimes wrong, often slanted. But it was our opinion. Finally, our First Amendment guaranteed that freedom of speech could, in some way, compete with that of the freedom of the press protected within the same amendment.

For the longest time, these companies have been understood to be public forums. People could write and record whatever they wished to say, and these companies would not and could not be held accountable. People were provided a higher level of freedom of speech. Private industry remained protected. We were all satisfied with the arrangement.

That time, however, has passed. Social media giants have slowly been singling out and censoring voices, primarily of a conservative view. For liberals to think they wouldn’t be next would have been naive. This pandemic has proven it to be so.

Power does not discriminate. These social media platforms have decided to censor any opinion—conservative or liberal—that conflicts with “information you can trust from recognized health organizations.” This is the phrase labeled at the top of your mobile Facebook and Instagram account. Twitter has one. YouTube has a similar label at the top of its homepage—a label that has been shown more than 9 billion times.

Among these health organizations is the one that has been getting it wrong from the beginning: the World Health Organization (WHO). The WHO has been so blatantly terrible at providing accurate information that it has been criticized as being a mouthpiece for the Chinese Communist Party’s propaganda machine. The ties of its leader, Dr. Tedros Adhanom Ghebreyesus, with the Communist Party does not help the situation.

Its destructive misinformation led President Donald Trump to withhold funding to the organization. The United States gave more than $400 million to the WHO in 2019. Two weeks later, Facebook CEO Mark Zuckerberg posted that his company would be giving the WHO “as many free ads as they need for their coronavirus response.”

As the U.S. mortality numbers (currently below 60,000) remain far below the 2.2 million predicted by the Imperial College COVID-19 Response Team, conflicting opinions can do nothing but rise to the surface. Whether right or wrong, it’s part of the human condition to point out when a predicted fact becomes a falsehood. Most recently, when two Californian doctors presented their numbers, their video went viral. YouTube quickly removed the video stating that it went against their guidelines.

Alarmingly, YouTube CEO Susan Wojcicki said in an interview with CNN, “Anything that would go against World Health Organization recommendations would be a violation of our policy.”

Even The Epoch Times own Joshua Philipp’s thorough and illuminating documentary “Tracking Down the Origin of the Coronavirus” was flagged as “false information” on Facebook.

Dr. Carl Bergstrom, an evolutionary biology professor at the University of Washington, got wind of the article and conducted a debunking of it through Twitter. After his labor-intensive tweet frenzy, Medium took the article down (it was later reposted on ZeroHedge). The Wall Street Journal‘s Editorial Board followed up with a piece about who is controlling the coronavirus narrative and the risk of dissolving civil debate.

Oddly enough, Bergstrom was also one of the first to jump into debunking mode against the Californian doctors. The result, as aforementioned, was the same as the Medium article.

Bergstrom is part of the University of Washington’s new Center for an Informed Public where the mission is “to resist strategic misinformation, promote an informed society, and strengthen democratic discourse.” If Bergstrom has done any of those recently, it definitely has not been the latter. He has become a kind of hero for the social media giants’ clampdown on “democratic discourse.” Sadly, well-intentioned heroes often become accidental villains.

Social media has consumed our lives so much that it has become a primary method, if not the primary method of speech. Text, photos, and videos have become our medium to communicate with friends, family, and the rest of the world (or whomever is willing to listen).

As the social media giants transform further and further into the Ministry of Truth, this recent censorship can feel sudden. To believe, however, that it came without warning would be naive.

It’s true that Orwell didn’t see it coming, but every American today should have. The question is what will we do about it?

Dustin Bass is the co-founder of The Sons of History, a YouTube series and weekly podcast about all things history. He is a former-journalist-turned-entrepreneur. He is also an author.

Perspectives on the Pandemic: Why the CCP Virus Spread in Massachusetts

The fog of COVID-19 war propaganda

Is the Lockdown A Violation of the Constitution?

The Virus: Nature’s Revenge, or God’s Punishment for Hubris?

Could It Be True? Will We Be Free? MSM & Governments Will FAIL This Time, IF I Can Help It!

In the Future, Pandemics Must Be Fought By Doctors, Not Politicians

I Risked My Life Joining The Army In 1964, But Can’t Even Visit A Neighborhood Café In 2020

Pray Together: Topical Prayer Guide on COVID-19 From The Stream

Lessons We Hope America Has Learned Via Past Mistakes