Princess Diana welcomed the arrival of Sarah Ferguson in the royal fold after years of public pressure and attention focused on her work as future queen. The Princess of Wales went as far as stepping in to defend Fergie from the scrutiny of Princess Anne after the new Duchess of York showed some struggle in adapting to her new role. Commentator Richard Kay told Channel 5 documentary “Royal Wives at War”: “Diana had quite a set-to with Princess Anne who was complaining about something that Fergie had done.

“Diana stood up for her and said her piece.

“And it was rather brave of Diana as she more or less asked Anne, ‘you’re going to give her a break? Fergie is good for the family but she’s finding it hard to adjust, just as I did’.”

Narrator Glynis Barber said the arrival of Fergie had partially helped Diana shed some of the pressure she had been facing since her engagement to Prince Charles was announced in 1981.

Ms Barber said: “In the early months of Fergie’s royal life, Diana even defended her in front of important members of the Royal Family. 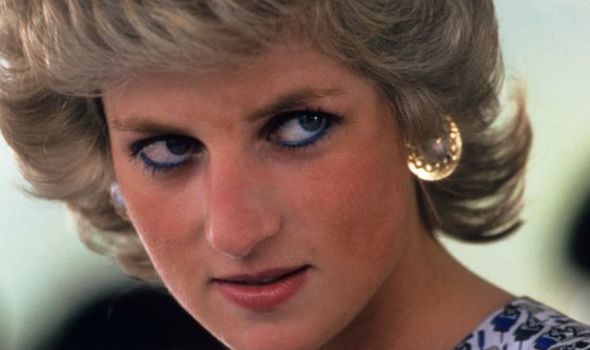 “For Diana, Fergie’s entry into the royal fold was a Godsend.

“It took at least some of the attention away from her at a time when the pressure was becoming unbearable.”

Broadcaster Ayesha Hazarika added: “I think certainly it was a bit of respite with not being in the glare of the public eye the whole time.

“Probably, it was helpful to her.”

Princess Diana wanted to have a confidante she could confide in (Image: GETTY)

Before Sarah Ferguson married into the Royal Family, Princess Diana had already tried to have her join the Wales household as a lady-in-waiting but had been stopped by the Palace.

Diana lamented the lack of a confidante she could trust with her own struggle to adapt with royal life and had hoped Fergie’s presence would have helped.

Lizzie Cundy, a friend of Fergie, said: “Sarah was told that she was actually unsuitable to be Diana’s lady-in-waiting, which was a huge blow to Sarah.

Princess Diana had hoped for Fergie to join her as a lady-in-waiting (Image: GETTY)

“Diana was actually quite upset about this but maybe she didn’t fight for Sarah enough.

“Maybe she could have put her foot down more.”

But despite her earlier failure to have Sarah brought into the household, Princess Diana ensured Fergie would join the Royal Family as she introduced her to Prince Andrew.

The pair met at Ascot in 1985 and announced their engagement a few months later, tying the knot at Westminster Abbey on July 23, 1986.

5 Things To Get Before the Dollar Crashes

Minister of State Michael Roth on Brexit Negotiations: High Time for an Agreement!

It’s All How You Look at Things (6AM)

Brazil Amazon deforestation up in June, set for worst year in over a decade

Sessions blasts Tuberville for ‘being wrong on immigration’; calls it a top issue