The series, set to come out in November, is set to reveal a dark period for the Royal Family.

Scenes showing Prince Charles and Diana’s separation as well as her battle with the eating disorder may not sit well with Prince William, especially after Harry signed a deal with steaming giant Netflix, which streams the programme.

A TV insider said: “William and other senior royals are incredibly uncomfortable about this drama and livid Harry is now in partnership with the company that’s airing it.

“It’s the latest in a long line of flashpoints between the brothers, but there are few more sensitive subjects than the plight of their mother. 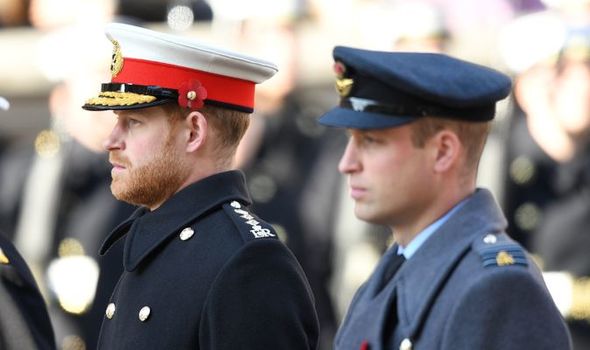 “Viewers of The Crown — which is a candid look at the Queen’s reign — wouldn’t expect the writers to ignore something which is now a matter of public record.

“But the Royal Family also wouldn’t expect one of their own to take money made by the profits of shows like this.”

The Royal Family are believed to be uncomfortable with some of the situations portrayed by the Netflix show.

A spokesman for Left Bank Pictures, which makes The Crown for Netflix, said: “Producers worked closely with the eating disorder charity, BEAT, to ensure that their portrayal of Princess Diana’s bulimia in Season Four was both ­accurate to the disorder and sensitively handled.”

The Crown’s new series will portray Diana in the eighties, when she suffered from bulimia (Image: Getty)

The news comes after Harry and his wife, Meghan, struck a deal with Netflix to produce shows under their newly-founded production company.

The deal is reportedly worth over £110million.

It came after the Duke and the Duchess of Sussex sought to become “financially independent” after stepping back from their roles as senior royals at the beginning of the year.

Variety broke the news of the couple’s new deal on September 2.

Meghan and Harry later released a statement to confirm the news.

The statement read: “Our lives, both independent of each other, and as a couple have allowed us to understand the power of the human spirit: of courage, resilience, and the need for connection.

“Through our work with diverse communities and their environments, to shining a light on people and causes around the world, our focus will be on creating content that informs but also gives hope.

“As new parents, making inspirational family programming is also important to us, as is powerful storytelling through a truthful and relatable lens.”

Ted Sarandos, the co-chief executive and chief content officer of Netflix, said Harry and Meghan had “inspired millions of people all around the world with their authenticity, optimism and leadership”.

Harry and his wife, Meghan, struck a deal with Netflix to produce shows under their newly-founded production company (Image: Getty)

Mr Sarandos also welcomed the idea of helping the couple build their knowledge of the TV production industry.

He added: “We’re incredibly proud they have chosen Netflix as their creative home – and are excited about telling stories with them that can help build resilience and increase understanding for audiences everywhere.”

He told Newsweek: “This is an economic earthquake for a streaming company and trumps the Obamas in size for sure.

“It sets on fire anything Harry and Meghan have done before in terms of precedent.”

GOLD BREAKOUT: More Significant Than $1,920 High, Plus A Rocket Launch For Silver

51: Age Ain’t Nothing but a Number

Coronavirus updates: Melbourne tower block lockdown 'like being in prison'

A Blessing for You (2PM)