Royal experts have praised the Duke for starting a successful new life in the US with wife Meghan Markle. However, observers have also noted issues are still to be overcome including his relationship with other royals.

The couple recently signed a lucrative production deal with video-streaming giant Netflix – a move which could help the royal couple achieve their goal of financial independence.

That said, Vanity Fair has claimed there are still “risks involved” for the Sussexes as they look ahead – namely Harry’s lack of Hollywood experience.

There is also the question of the ‘rift’ between himself and brother Prince William.

Tensions between Harry and brother Prince William rose over the couple’s departure from the UK this year. 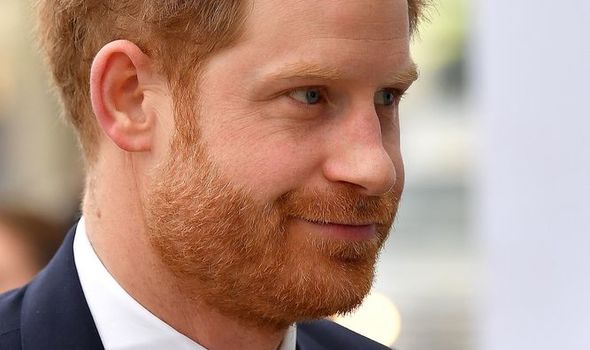 Mr Scobie has warned the rift will “take some time to heal” and recently said “hurt continues to this day.”

As the Duke turns 36 though, analysts have said things can still turn around.

Regarding the rift between Harry and William, a royal source allegedly told Vanity Fair the two brothers are likely to speak to one another to mark the occasion of the Duke’s birthday today.

Analysts have said their relationship is improving, with the Duke also due to be in touch with other royals including the Queen, the magazine adds.

It also remains to be seen how the couple’s Netflix career will be received.

This may come with the platform, however; in April, the New York Times estimated Netflix to have 182.8 million subscribers.

Some have said the challenge is a positive one. Omid Scobie, royal commentator and Meghan and Harry biographer, called the Duke’s current situation “very powerful and exciting” due to the lack of constraints he previously had as a senior royal.

He added told the magazine: “Here is a man who’s very content and happy with his marriage, his family life, and thriving within his professional life.

“This is the moment he can sit back and think, ‘I made it.’ He has found his happiness.”

The royal expert also commented on the Duke’s marriage to Meghan, who he said shares “the same ideals” as the Duke.

He said the Sussexes were on a “philanthropic journey”. Indeed, Meghan has already said she is “looking forward” to “using my voice in a way that I haven’t been able to of late.”

Omid Scobie is one of the royal authors behind the Finding Freedom biography (Image: Chris Jackson / Getty)

Indeed, the royal couple have said the shows they produce for Netflix will have a humanitarian focus.

They added: “Through our work with diverse communities and their environments, to shining a light on people and causes around the world, our focus will be on creating content that informs and gives hope.”

One of the series already being developed by the couple include an animated show about inspiring women.

Prince Harry is due to spend his 36th birthday at his and Meghan’s Santa Barbara home in the US state of California.

It will be the first birthday the Duke has had in the states since moving there.

Live: The Chat Room-New Intimacy in the New Norm 全球会客厅-当疫情遇到爱情

This Collapse Will Be A Game-Changer For Financial Markets

People Share Sad Stories of Losing Their Loved Ones to QAnon

Fauci knew about HCQ in 2005 — nobody needed to die

America Really Does Have a Space Force. We Went Inside to See What It Does