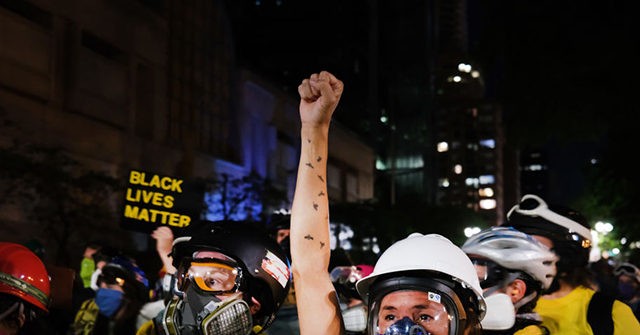 Vice President Joe Biden recently asked: “Does anyone believe there will be less violence in America if Donald Trump is reelected?” Biden has tried to argue that Trump is the source of unrest in the country, though almost all of the violence the country has endured over the last several months has come from the left.

Democrats have claimed Trump supporters will riot if the president loses, though in reality it is the Democrats who are threatening to riot, or even to secede, if the race is close.

But there are five reasons to believe a Biden win would bring more disorder. Three have to do with Biden, and two with Trump.

First, if Democrats win after supporting a movement responsible for thousands of disruptive protests — and riots in 48 out of the 50 biggest U.S. cities — they will legitimize the use of political violence.

If they win, they will riot again, and the “cancel culture” will keep spreading in every sphere of American life. But if they lose, Democrats may re-think their tactics.

Second, Biden is promising to be one of the most “progressive” (i.e. left-wing) presidents in U.S. history. His platform, the so-called “Biden-Sanders Unity” manifesto, is the most left-wing platform of any major presidential campaign, save for the Socialist Party a century ago. Biden is promising massive tax hikes, radical changes to the energy industry, dramatic changes to Medicare, and “revolutionary institutional changes” to American culture in general.

In other words: Biden = disruption.

Third, a Biden win will set off a pitched internal battle within the Democratic Party, as factions struggle to exert dominance over a low-energy, aging president.

CBS News reported Friday that the left wing of the party is already making demands about who should staff a Biden-Harris administration, calling it a sign “of the Democratic Party fight to come.” There will be internal fights, too, if Biden loses, but those fights would take place within the party — not within the government itself.

Fourth, if Trump wins, he will have won a mandate to crack down on left-wing violence. FBI director Christopher Wray, who apparently cannot see Antifa is a threat, would likely be replaced. Trump could shut down violence in places like Portland by invoking the Insurrection Act, if necessary. Most likely, he would not have to do so: the election results themselves would undermine the rioters’ claims to political legitimacy, especially if Trump wins places like Minnesota.

Fifth — and perhaps most important: if Trump wins, he is guaranteed to leave office in 2025. The day he is inaugurated, he will become yesterday’s problem.

Democrats will continue to demonize Trump — perhaps for decades — but if they lose now, they will have to focus on 2024, rather than on political retribution, at least for now.

There is even the possibility, if Republicans win enough seats in Congress, that Nancy Pelosi will be ousted as Speaker, creating new opportunities for compromise.

Joel B. Pollak is Senior Editor-at-Large at Breitbart News and the host of Breitbart News Sunday on Sirius XM Patriot on Sunday evenings from 7 p.m. to 10 p.m. ET (4 p.m. to 7 p.m. PT). His newest e-book is The Trumpian Virtues: The Lessons and Legacy of Donald Trump’s Presidency. His recent book, RED NOVEMBER, tells the story of the 2020 Democratic presidential primary from a conservative perspective. He is a winner of the 2018 Robert Novak Journalism Alumni Fellowship. Follow him on Twitter at @joelpollak.

Will Bernie Sanders Be a Part of the Biden Cabinet?

Joe Biden: 'Not a Better Governor' than Michigan's Gretchen Whitmer

‘This Is Us’ Creator: We Wanted Black Lives Matter Themed Season 5 Premiere to Air Before the Election