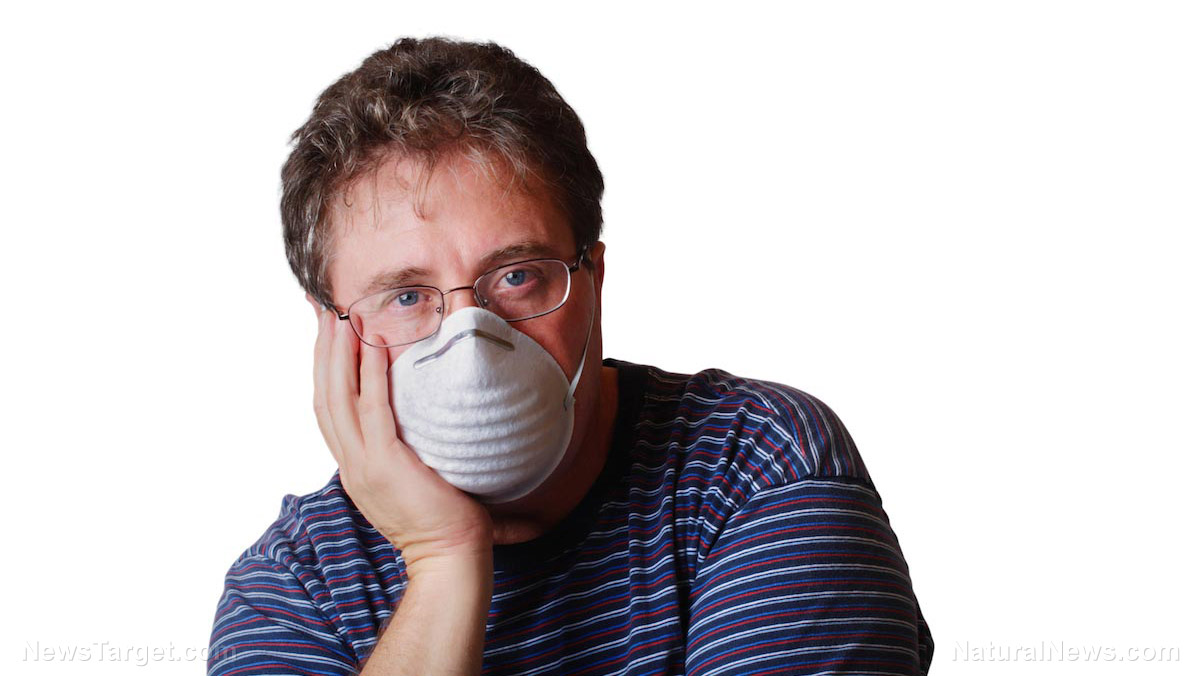 (Natural News) Since the pandemic gained momentum in March, there have been reports of people flouting face mask policies and even protesting against them in front of state buildings. Most critics thought nothing more of this behavior than childish tantrums – but recent research suggests it might be a bit more complicated than that.

Editor’s note: This entire “study” may be nothing more than pro-mask propaganda, but we are publishing this to keep you informed of what the “science” community is claiming. This is the same kind of research that often claims people who believe in “conspiracy theories” are dangerous lunatics. Never forget that so-called “science” also now claim the climate is “racist” and the binary genders are “colonization,” whatever that means…

Researchers from the State University of Londrina (UEL) in Brazil asked some 1,600 participants to fill out questionnaires designed to assess empathy and expose possible personality disorders.

The group also asked them about their attitudes regarding COVID-19 public health policies and guidelines like the use of face masks and social distancing.

The researchers then divided the participants into two groups based on their responses: the “empathy group” and the “antisocial group.”

The former, which was comprised of about 1,200 people, had exhibited an interest in understanding the feelings and needs of others. This group was also more inclined to follow COVID-19 public health policies.

Meanwhile, participants in the “antisocial group,” comprised of some 400 participants, were seen to demonstrate almost the exact opposite.

In particular, people in this group scored higher than those in the other group in questions that measured for callousness, deceitfulness, hostility, impulsivity, irresponsibility, manipulativeness and risk-taking. They also had a harder time adhering to preventative measures.

These traits are typical of antisocial personality disorder (ASPD), sometimes called sociopathy. ASPD describes a longstanding pattern of behavior marked by a consistent disregard for the feelings of others. Extreme versions of this condition could be characterized by an ongoing pattern of manipulating others and even violating their rights.

Sociopathy differs from psychopathy, another personality disorder, in terms of the ability to feel remorse. Psychopaths have little to no conscience at all. In contrast, sociopaths still have a limited ability to feel empathy and remorse, but this varies depending on environmental factors, such as childhood trauma.

In fact, the general consensus among experts is that psychopaths tend to be born, implying that being or becoming one depends largely on genetic predisposition. On the other hand, sociopaths are “made,” so to speak, by their environment.

Commenting on their results, the researchers said that exposing oneself and others to needless and preventable risk is a typical trait of those that have antisocial tendencies. But lead researcher Fabiano Miguel said that there needs to be some caution in approaching their research findings.

Although it’s possible that someone refusing to use face masks is a sociopath, it’s highly likely that there are also other factors involved in making that decision, said Miguel. Some people might also have sensitive health conditions or disabilities that make the prolonged use of face masks difficult.

Two earlier studies from Poland had similar findings after quizzing a total of 1,000 participants. In particular, the researchers behind those studies found that people with narcissistic traits were also predisposed to disregard COVID-19 restrictions and flout mask-wearing and hand-washing.

But the group had a different take on their assessment. Instead of pointing their fingers at mental disorders, the researchers suggested that those with narcissistic traits could also be doubtful of the merits of COVID-19 public health policies.

Taken together, recent studies like these offer valuable insight into human behavior that could better guide the creation of future public health policies in light of the ongoing pandemic. (Related: If you don’t believe the official narrative on COVID-19, then you have a MENTAL ILLNESS, claim scientists.)

Miguel and his colleagues aren’t the first to look into possible explanations for some people’s disregard for public health policies amid the pandemic. Just last June, clinical specialist Pavel Blagov assessed 502 participants via an online questionnaire regarding their compliance with recent public health guidelines.

Blagov also asked personality-related questions in an attempt to determine each participant’s placement on scales that measured conscientiousness, cooperativeness, neuroticism, meanness, lack of restraint and risk propensity or the tendency to take risks.

These last four traits are common psychopathic traits, said Blagov. Psychopathy is a mental disorder marked by amoral and antisocial behavior. A diagnosed psychopathic individual is one that finds it difficult to express love or to establish meaningful personal relationships. He or she might also have little or no conscience at all.

The report indicated that people who scored higher on those four traits are less inclined to observe public health guidelines. According to Blagov, the said traits are linked to health risk behavior and health problems. “I expected them to be implicated in health behaviors during the pandemic,” he added.

Furthermore, those that reported disregarding policies appeared to respond to the questions in a manner that seemed to suggest they did so intentionally. For instance, some of the participants that had high scores on meanness and lack of restraint said that they also neither practiced social distancing nor personal hygiene.

In all, his findings suggest a disregard for pandemic public health policies and psychopathic traits are correlated. That being said, Blagov also reported that most of the participants said they adhered to coronavirus health guidelines.

From a public health perspective, these findings are concerning, he added. Moreover, the report introduces a possible implication that there are groups of people out there that fail to protect both themselves and others amid this pandemic due to their personalities.

This, in turn, could have a disproportionate impact on the pandemic, added Blagov. His findings are soon to be published online in the journal Social Psychology and Personality Science.

Read the latest articles about the coronavirus pandemic at Pandemic.news.

Bill Gates Admits: 700,000 People Will be Harmed or Killed by Coronavirus Vaccines

Lurching Toward Fall, Disaster on the Horizon

Levin: 'When I Think of Donald Trump, I Do Think of Lincoln and Reagan'

#195: THE GREAT AMERICAN COMEBACK IS ON

In a Summer of Pandemic, Vacation Bible School Programs Go Online and Outside

@SciShow low key telling us how damaging tear gas is and how to react and protect ourselves from it. https://t.co/3a1COjezUv #blm #ACAB

QUICKSAND GOT ME WHILE SETTING TRAIL CAMERAS!

Epicurean Homesteading: How to Be Self-Sufficient While Making Your Life More Pleasurable