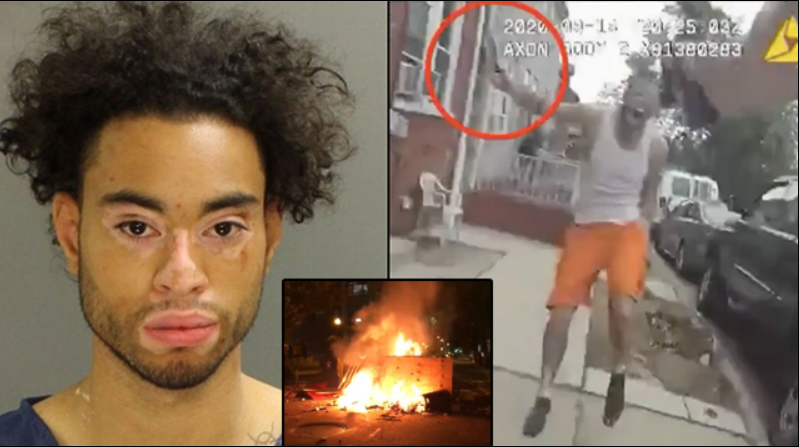 (Natural News) Another police shooting is being reported out of Pennsylvania, where recently released bodycam footage shows 27-year-old Ricardo Munoz “brandishing a knife over his head” in a threatening manner before being shot dead by police officers.

Munoz had reportedly been awaiting trial for stabbing and seriously injuring four people at the time when cops encountered him waving around a knife. Munoz had become “aggressive” towards his own mother as he was attempting to break into her Lancaster home at around 4:15 p.m., which is when Munoz’s family called the police to report his violent behavior.

When an officer wearing a bodycam arrived at the home about 10 minutes later, Munoz emerged and began to charge at him while brandishing a knife “in clear view” and “in a threatening manner.” The officer fired at Munoz to subdue him, and Munoz was pronounced dead at the scene.

Once the news hit headlines, Black Lives Matter (BLM) and Antifa “protesters” quickly leapt into action and started causing trouble at the scene of the shooting. They reportedly marched from the home to the Lancaster Police Department, chanting “this is what democracy looks like” all along the way.

These same “protesters” also smashed in windows of police cars, according to WGAL-TV, in a show of solidarity with Munoz, who has an extensive criminal rap sheet that includes harassment, criminal trespassing, stalking and aggravated assault.

Mike Adams, the Health Ranger, offers some perspective on all this in the following episode of The Health Ranger Report, which discusses why liberal cities all across America, including those in Pennsylvania, are collapsing at breakneck speed:

Will BLM and Antifa stand with the 16-year-old boy that Munoz stabbed last year?

It cannot be stressed enough that Munoz, just like Jacob Blake, was a criminal who was shot because of his own criminal actions. Police did not go out and suddenly decide to shoot him simply because of the color of skin, but rather because he was in the process of trying to inflict harm upon them and others.

In other words, police officers are the real heroes in both cases – not Blake or Munoz, both of whom are/were a threat to the lives of innocent people. Were it not for the police, Blake would have continued terrorizing his ex-girlfriend, and Munoz likely would have murdered his own mother and possibly other family members.

“Protesters,” on the other hand, see things differently. To them, Blake was an innocent victim of “police brutality” whose legacy must be memorialized through violent rioting. Lancaster’s historic post office, for instance, was vandalized by a “protester” who, in honor of Munoz, smashed the building’s windows.

District Attorney Heather L. Adams, who will be making a “final determination on the use of force” in this case, urged these “protesters” to “remain peaceful as violence and destruction of property will become headlines and serve no purpose for the safety and wellbeing of our citizens and neighborhoods.”

Lancaster Mayor Danene Sorace also piped in with her own propaganda, stating that the shooting of knife-wielding Munoz represents “a heartbreaking day for our city.”

“I grieve for the loss of life and know that there are more questions to be answered as the investigation continues,” she further stated.

Meanwhile, few mainstream media outlets, if any, are reporting that Munoz’s own family had called the police because he was putting their lives in danger with his knife. All they are saying is that “police shot a minority,” a deception that is needlessly stirring the pot and causing more division and unrest.

“These people are so far gone that the truth doesn’t matter,” is how one DailyMail Online commenter summed up the situation.

For more related news about the downfall of America at the hands of BLM and Antifa terrorists, be sure to check out Terrorism.news.

In the spotlight: Brad Parscale, Trump’s digital guru on the cusp

The Future of ELK HUNTING in OREGON [LIVE]

Minneapolis Asking ‘Where Are the Police?’ After Defunding the Police