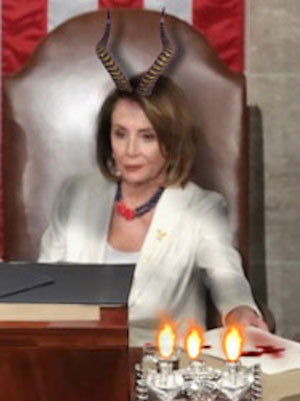 House Speaker Nancy Pelosi said she’s aiming for a vote next week on a massive spending bill as well as a resolution to change the House rules and allow members to vote in place of absent fellow lawmakers.

“Our members want remote voting by proxy,” Pelosi told reporters Thursday. “If people can’t come because we don’t want them to come if someone has a fever, they should be able to be recorded.”

Democrats have wavered on when the House will reconvene. Pelosi has been aiming for Monday, but only if Democratic lawmakers have completed drafting a massive economic aid package that would provide $1 trillion to state and local governments, along with other significant spending initiatives. More

For whistleblowers, an honest day’s pay

Trump says ‘we could cut off whole relationship’ with China; among options

Study suggests French coronavirus may be 'local', was spreading before arrival from China

Cannabis May Show Promise in Treating COVID-19. Here’s What It Means for the Pot Industry.

What Did DC Churches Do When the Spanish Flu Struck Again?

So Far, There Is No Reason Not to Believe Tara Reade By Ted Rall